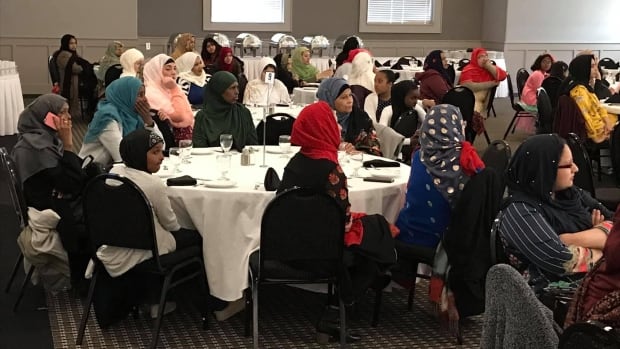 Yusur Al-Bahrani said there was one thing she missed most about fasting from sunrise to sunset throughout the rapidly increasing daylight in Yellowknife.

“The hardest thing about Ramadan is not having coffee,” she laughed.

Al-Bahrani said she would take two shots of espresso before dawn, but then had to go the rest of the day without caffeine.

Ramadan is the ninth month of the Islamic calendar. It is a month of fasting from sunrise to sunset, prayer, reflection and community that ends with the celebration of Eid-al-Fitr.

“But it’s also a month of, I would say, spiritual transformation, because there are so many elements to Ramadan,” Al-Bahrani said.

This includes a better understanding of what it is like to not have enough to eat and the importance of helping those in this situation.

Nazim Awan, president of the Islamic Center of Yellowknife, said after two years of the pandemic, this Ramadan has been special because he has been able to come together with the community.

“Ramadan is an individual worship, but it is a communal celebration,” he said.

It could also be the last Ramadan where the Muslim community of Yellowknife finds itself without a center for prayer and gathering.

Fouzan Khan, CEO of the Islamic Society of North America-Canada, said the future Islamic center could have a functional structure built by August or September.

“We hope the weather will turn, which it is now,” he said.

He said this was made possible after the project received a $687,000 contribution from the federal government.

Khan said the space would be perfect for future holidays, such as Ramadan.

“We have a strong culture and tradition of coming together for our weekly prayers as well as Ramadan being a month-long celebration of the community and finding ways to strengthen our bonds with the community,” he said.

The building will have a prayer space, as well as additional space that can be used for lecture series, outreach programs, soup kitchens, food banks, counseling services, as well as a safe space For the young.

“It’s basically a multipurpose space that we hope to build,” Khan said.

The building will be in the same location as the old Islamic Center near the Racquet Club, which was demolished in 2019.

The days are getting longer

A unique aspect of observing Ramadan in Yellowknife is the length of the day.

As a result, Awan said most of Yellowknife’s Muslim community follows Edmonton’s timeline for fasting, but added that it’s up to each individual how they do it.

Al-Bahrani has lived in Yellowknife for four years and said every previous Ramadan she would follow a southern schedule, but this year she will try local time.

She said her Ramadan was not very exciting because her family does not live in town and she celebrated most of the time alone.

But she said a friend who is also a Muslim dropped off enough samosas for her to break her fast all month.

“Traditionally there’s a lot of appetizers, so people break our fast with samosas or any type of appetizer and then there’s the actual meal. So I really enjoyed that because I don’t didn’t make an appetizer,” she said.

Al-Bahrani said she tended to eat salads or soups when breaking her fast, trying to get as many nutrients as possible.

Awan said anything halal is appropriate for breaking the fast, but dates are a common food for Iftar, the evening meal after sunset.

Awan invited all non-Muslims who wish to learn and celebrate the holiday to reach out.

He said many families would be happy to invite them to break their fast.

“It’s very important to invite other people to break the fast with you and to make sure that people in your community that you know, some people need help, help them,” Awan said.