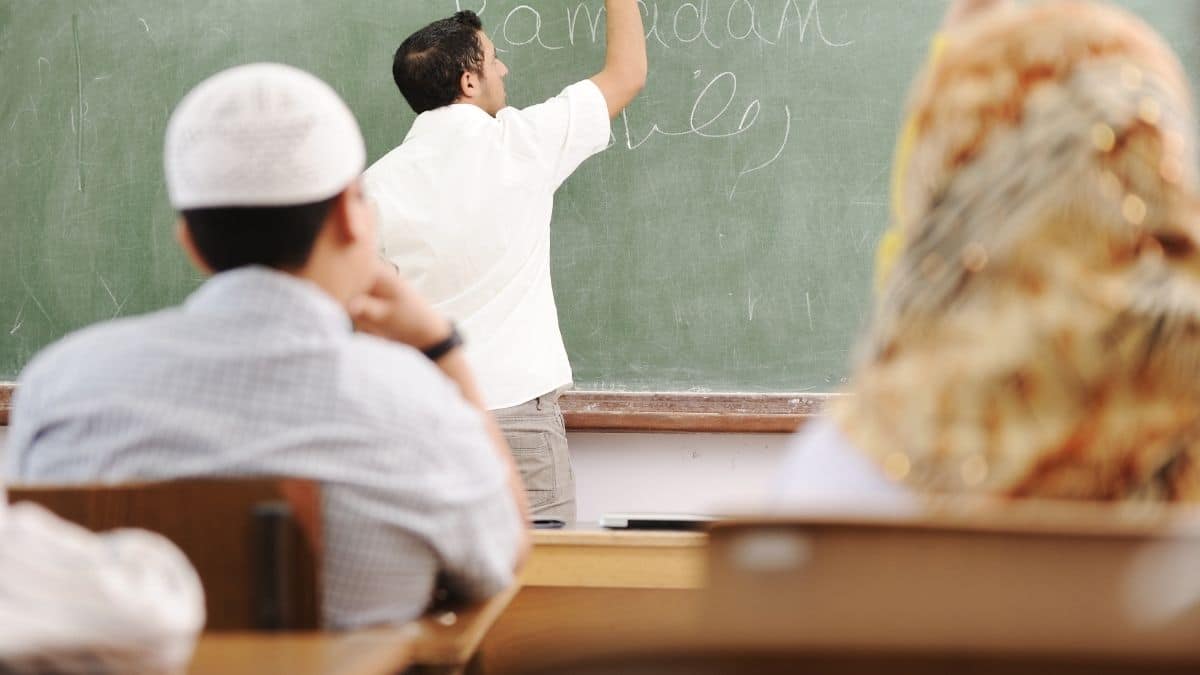 Have you ever been to the mosque or a conference and listened to the speaker say that the hope for a better future lies with young people? Speakers and khateebs which wow the crowds tell captivating stories about `Abdullah ibn `Umar, Mu`adh ibn Jabal, Fatima bint Muhammad and A’ishah bint Abi Bakr. These great young people were able to take the words and heritage of Muhammad (peace and blessings be upon him) and the message of the Quran and transform the world.

Over time, I’ve heard from uncles (and sometimes aunts who dared say something) that young people need to make a difference and need to help Islam grow and flourish here in North America. It seems to me that we are expected to make these magical leaps towards success unprepared in the same way as the youth of the Prophet’s era were.

One must consider the fact that the young people of Sahabah did not have a “youth group” per se, which worked to plan a conference or a camp from time to time. Nor was the idea of ​​their involvement simply relegated to stacking chairs and cleaning up the mosque after a community event.

The Prophet (peace and blessings be upon him) demonstrated his belief in their leadership potential by including them in his Shura, treating them as adults after the age of puberty. Consequently, we have had the growth and flourishing of a civilization of individuals unparalleled in the history of mankind. It was not a civilization of buildings and structures, but a civilization of humanity and society, which was based on the superior virtues of human beings. These young people were well prepared to be leaders. The Prophet (peace and blessings be upon him) guided them, showed them respect and took their opinions into consideration when he did his job.

Today, however, many of our elders and youth have embraced current societal definitions of youth. The term adolescent is a fairly recent phenomenon, created a hundred years ago and used primarily as a marketing tool. As Muslims, we understand that we are children first and after puberty we become adults. There is no in-between, no period when we are part child and part adult. Now, more than ever, there is a need to reclaim our traditional understanding of youth and eliminate societal norms, which we have mistakenly adopted in our mosques and institutions.

The potential of our young people should not be capped or limited to the “youth group”. And I’m in no way against youth groups – they have their place in the grand scheme of things. What I am talking about is what is known today as “succession planning” and which was best exemplified by the Prophet (peace and blessings be upon him). Very often the adults control all the work that is done, and so the expression of the work (from the perspective of young people) has been limited to camps and conferences. To a large extent, therefore, we have preached to converts.

Many of the young people involved are disillusioned and tired of trying to convince the elders of their points of view or of ideas that deviate from the norm; they’re tired of being patronized and told they don’t know anything. Our priority for community growth and development has largely been designing boards of directors that do not include youth. There is no sense in training our young members to take ownership of these goals and eventually work to see them accomplished. This has only served to further alienate our community from the larger society around us.

In the current climate of fear and paranoia, it is important that mosques and other community organizations reflect on their viability. Success is not measured by the work we see happening when we are in control, but rather by the continuation of the work in our absence. Our uncles who run establishments need to start training and attracting young people, brothers and sisters, to get involved at the board level. They must be willing to relinquish control and cede some of the reins of power while continuing to act as sources of guidance, wisdom, and experience. More importantly, we must understand that we are here to worship Allah by doing His work. In this way, the work focuses on what needs to be done for the sake of Allah and not on who does it.

The Prophet (peace and blessings be upon him) ensured that the mandate of Islam was enacted after his death by developing, empowering and helping young people to understand its aims and mission. Muhammad was not working for himself but for Allah. Until our leaders do as well, we will continue to lose the best and brightest members of our community as they are cornered by larger societal organizations that recognize their value and value. Worse still, if we don’t think about it, we condemn our community organizations to eventual failure, because when all the uncles realize that their time is limited and that they need help, no one will be there to offer help. It will then be a matter of accountability to Allah.