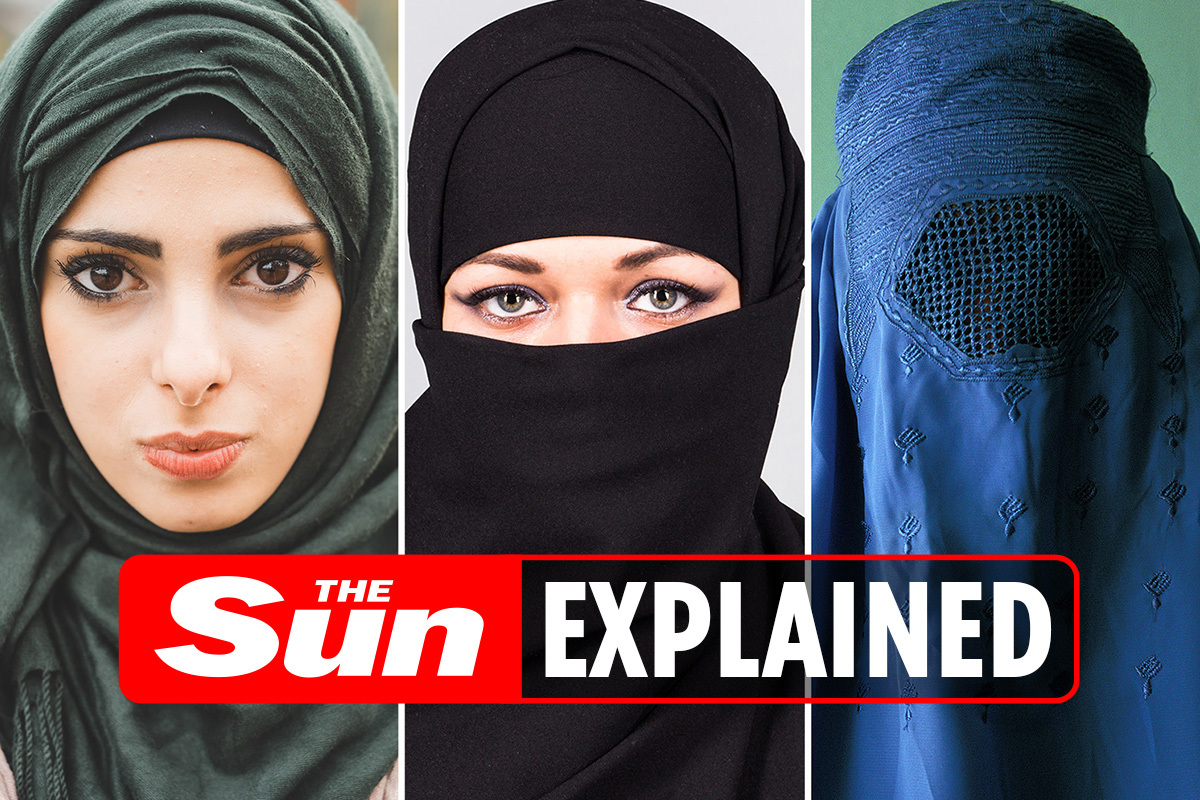 What is the difference between a niqab, a burka and a hijab?

MANY Muslim women around the world choose to cover their hair, head and sometimes face.

Concealment is seen as a symbol of modesty and a sign of religious faith – but some countries have banned niqabs, burkas and hijabs.

What is a niqab?

The niqab is a veil that hides the face.

It is worn with a scarf, leaving only the eyes exposed.

The niqab is mostly worn by women in Arab countries, but some Muslim women in Western countries also choose to wear it.

What is a hijab?

The word hijab describes the act of covering up and is generally used for the type of headscarf worn by Muslim women.

A hijab covers the head and neck – but leaves the face uncovered.

World Hijab Day, February 1, is an annual event that calls on people around the world, of all faiths, to wear a hijab for a day in solidarity with Muslim women who choose to live in modesty around the world. .

The event was first celebrated in 2013 and aims to â€œcreate a more peaceful world where the citizens of the world respect each otherâ€.

The day focuses particularly on “the fight against sectarianism, discrimination and prejudice against Muslim women”.

What is a burqa?

Covering the entire face and body, the burka is the most concealing Islamic dress form.

Those who wear the burqa have their face fully covered, with a mesh fabric covering the eyes.

The mesh panel allows the wearer to see but leaves the eyes hidden.

The burqa is often associated with Afghanistan and is also often worn in West Pakistan and other countries in Central Asia.

What is a chador?

The chador is a full-length cloak designed and worn by women when they leave their homes.

A chador is usually black and those who wear one should grab the closed chador on the front as it has no clasps or fasteners.

A smaller scarf is usually worn underneath.

The garment is most often worn in Iran.

What is a khimar?

The khimar is a long veil that falls just above waist level.

It covers the wearer’s hair, neck and shoulders but leaves the face visible.

It is popular among Egyptian women.

Which countries have banned the niqab, burka and other traditional headwear?

Over the past decade, a number of European countries have joined with African countries, including Cameroon, Chad and Niger, in banning women from wearing full face covers, often in response to a terrorist threat. increased.

Many countries have banned various forms of Islamic headgear – many over the past decade. These include: