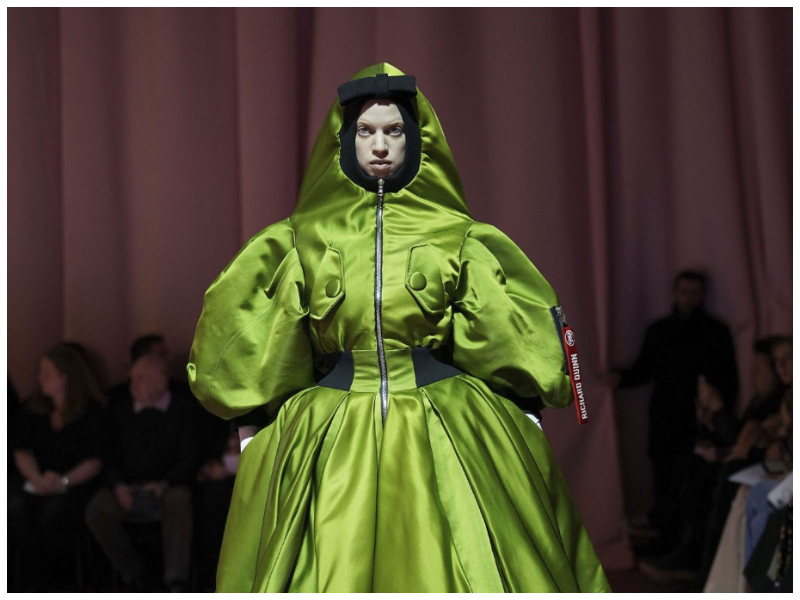 Western fashion and the connection with the hijab

Western designers have been marketing symbols of religious identity as well as Muslim designs for years in the name of breaking down barriers. Hijabs have been everywhere on catwalks, photo shoots and magazine covers, but the designers themselves don’t call them that yet. Moreover, most of the women who wear them are not Muslim, or the designers don’t even respect its religious value, thus alienating a large population of Muslim women through cultural appropriation and turning religious headwear into a fashion trend.

For the West, modest fashion is primarily a way to capitalize on a hitherto unexplored market. The for-profit business model has little to do with empowerment or inclusivity, as it continually tries to bring the hijab – one of the most visible Islamic symbols of modesty – to market. general public without making any effort to raise awareness of the value of headgear. According to a report published in 2017 in Seduceit’s like a bandwagon effect: Nike unveiled the Nike Pro Hijab, H&M chose their very first hijabi model, Mariah Idrissi, in their campaign, American Eagle debuted the denim hijab with Halima Aden, haute couture brand Dolce & Gabbana launched a collection that included hijabs and abayas, and the list goes on.

Forbes called it “the smartest move in years,” alongside the boom in the $8.7 billion Middle East luxury market. A few years later, it seems like now everyone is jumping on the lucrative bandwagon without thinking too much.

More recently, photos of Bella Hadid surfaced in which she dons a hoodie design during Proenza Schouler’s show at New York Fashion Week. And a few days later, there are collections from Michael Halpern and Richard Quinn at London Fashion Week. The two designers experimented with hooded hoodies and came up with a garment that looks like an inspired version of a hijab and burka. While international publications highlight them with titles like: Being a neckless freak is the coolest trend and Balaclavas are getting a makeover at Halpern and Richard Quinn, it is evident that once again head covering is being glamorized by the fashion industry as hijabi women in places like France and India are still denied the right to cover their hair.

February was a miserable month for hijabi women in Europe and South Asia. In France, a new law prohibiting the wearing of “religious symbols”, including the hijab, during sports competitions, was approved by the French Senate in January. In Karnataka, India, six teenage girls have been banned from wearing the hijab in the classroom of their government-run university.

Earlier, Kim Kardashian wore a head-to-toe black look at the Met Gala, with uncanny similarities to a burqa. Her outfit was deemed “iconic” or “unique”, but no critics called it “oppressive” as they say to cover heads. Kanye West also wore a full-face mask in Paris in violation of the country’s niqab ban, and who can forget how? VogueFrance praised Julia Fox’s headscarf but remained silent when the country’s senate voted to ban the hijab for women under 18.

So the question arises of the use of symbols of religious identity in fashion, when it is not directly by, on or for Muslim women, an intrinsically cultural appropriation? Is it really a nod to a faith, religious practice or just another Deaf activity or does it actually increase the visibility of underrepresented groups?

Halima Aden, the pioneering modest Somali-American model who quit in 2020, said in an interview that she feels like one of the “biggest chips” in the fashion industry. She spoke of the “internal conflict” she felt during the last two years of her career. “My hijab kept shrinking and getting smaller and smaller with each shoot,” she told the BBC. Aden detailed where she felt the religious cover hijab had been respected – for example in a campaign for Rihanna’s Fenty beauty line – and where it had gone astray, showing an example where her head had been wrapped in jeans .

There is no doubt that Western media has the power to introduce new ideas and raise awareness of the values ​​of inclusion. Example: A Muslim hijabi student in Spiderman: Far From Home, played by an Anglo-Pakistani Muslim woman Zoha Rahman. However, it is very unlikely to propel a movement or talk about an identity without having any knowledge of it. Like television, movies, and other industries that progressively try to be inclusive, and sometimes fail miserably, the fashion industry will also take decades to stop using the hijab or Muslim women in the name of commercialism. traditional.

Fashion houses or designers should note that they cannot play around with a religious identity, giving it different names (be it Muslim hijab or Sikh turban) just to standardize it for fashion, and not accepting it in the real world where it counts as part of someone’s existence. What is happening in Western fashion right now is not representation, but exploitation. The fine line should not be muddled if the goal is to showcase diversity and positive representation.

On the issue of Hijab, listen to the missing voices