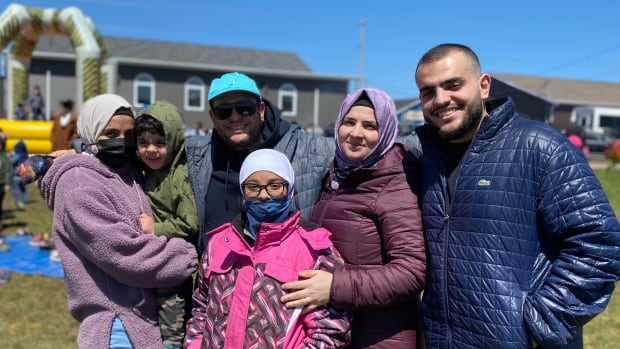 “We’re All Connected”: How the PEI Muslim Community has diversified every year

Ramadan Alghthith, a rural student in Charlottetown, and his family came to Prince Edward Island seven years ago from Syria.

He remembers those early days, not being able to understand people who spoke English, and not seeing many in the community who looked like him or spoke the same language as him.

A lot has changed in seven years.

He was among more than 500 people of various nationalities who gathered last Saturday in Charlottetown to celebrate Eid al-Fitr, a holiday that marks the end of 30 days of fasting during Ramadan.

“There are a lot of people from all over the world. There are Muslims from Bangladesh, from Pakistan, from Syria. It’s very interesting to celebrate with all of them, knowing that we are all brothers and sisters,” Alghthith said.

“We are all connected. In a way, we celebrate the same cause, even if we are not from the same place, but we have the same belief.”

The Muslim Society of Prince Edward Island held Eid prayers on May 2 and held a barbecue, with games and bouncy castles for children on May 7 at the Masjid Dar As- Hello.

Eid Celebration at Home and in Prince Edward Island

But not all Muslims celebrate Eid with a barbecue, Zumer Fatima said. Originally from Pakistan, she grew up in the United Arab Emirates and arrived on the island seven years ago.

At that time, she discovered that there were only a dozen Muslim families on Prince Edward Island.

Fatima said Muslims share the same core values ​​and beliefs, but there are still differences within the community, such as how people from different countries celebrate Eid.

“In Pakistan, we call this sweet Eid or Meethi Eid, that’s the term we use. So what usually happens is that people make a lot of desserts, and it will be like an Eid where you walk around having desserts. But here, it’s different.”

Back home, she celebrated Eid by getting together with her friends. “Kind of like a girl’s party,” Fatima said, where they got together and painted henna on their hands.

Henna tattoos are a custom usually done around Eid and other special celebrations. It has been around for thousands of years and is closely associated with Middle Eastern culture. During the celebration last Saturday, Fatima noticed that not all women had henna tattoos.

“[Henna] is not something you have to do or Eid becomes incomplete without it. It’s purely based on choice.”

Khalid Suliman also noticed many differences between celebrating Eid in Prince Edward Island and in his home country. Originally from Dubai, his family has been living on the island for two years.

As a rule, he and his family celebrated the holidays with different types of sweets and drinks made from dates. Much different from last Saturday’s barbecue and apple juice.

But what strikes him most is that there are more new faces in the celebration each year, Suliman said.

“In my home country everyone is a local so the celebrations would be you go and visit people you know, your loved ones, your distant relatives. So you already know everyone you are celebrating with” , did he declare.

Can Hastings become a destination for arts and culture? His council hopes so