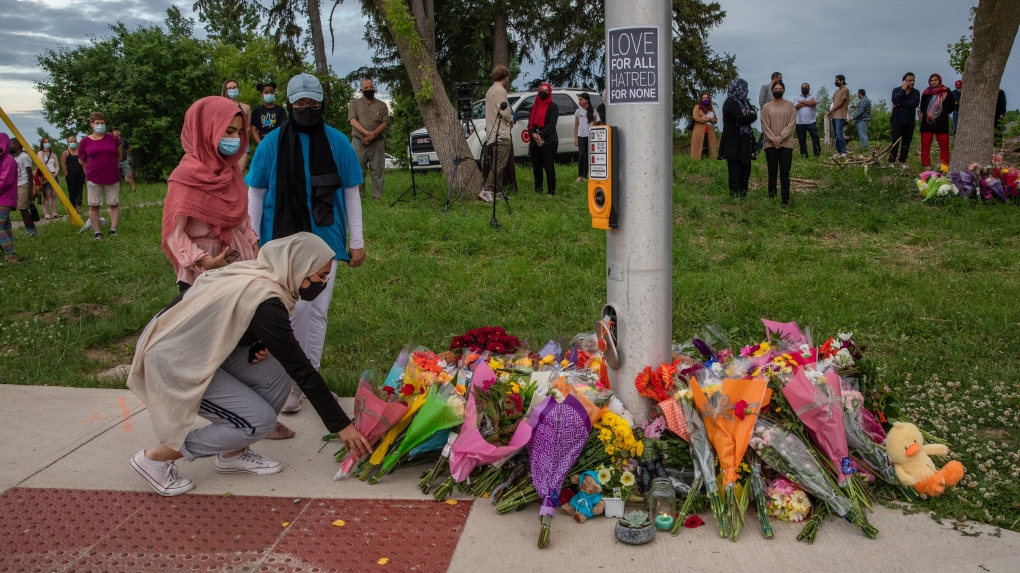 Members of the Muslim community in Saskatchewan express their shock and sadness at the murder of four members of the same family in London, Ontario. in an attack, according to investigators, was premeditated and motivated by hatred.

Police have charged a suspect with four counts of first-degree murder and one count of attempted murder after he allegedly rammed five pedestrians because of their Islamic faith, killing four members of the same family.

A grandmother, husband and wife and their teenage daughter were killed in Sunday’s attack. A nine-year-old boy is recovering in hospital from serious but not life-threatening injuries.

A statement released to the media by a family spokesperson names the late Salman Afzaal, his wife Madiha, their daughter Yumna and Salman’s mother.

Nine-year-old Fayez Afzaal survived the attack. He “is on the road to recovery from serious injuries,” the statement said.

In a Facebook post shared on Tuesday evening, the Islamic Association of Saskatchewan (IAS) expressed grief over the “senseless and tragic loss of 4 beautiful souls”.

“Last night, a 20-year-old man filled with hate changed the lives of this family, and the large Canadian Muslim family, by maliciously hitting these innocent people with his vehicle, in an Islamophobic domestic terrorist attack,” said said the post said.

Mateen Raazi of the Islamic Association of Saskatchewan in Saskatoon says he was devastated when he heard the news from London, Ontario.

“Such a senseless tragedy, there is no reason for it, there is no meaning behind it and it is an act of domestic terrorism,” Raazi told CTV News.

Raazi says people should be sure to voice their support for the Muslim community to help deal with any future hate-motivated attacks.

“We pray for the love, the outpouring of support and compassion, to silence the hatred that has engulfed our society.” Mubarik Syed, the public and media relations spokesperson for the Ahmadiyya Muslim Jama’at Saskatoon says he himself faced Islamophobia while living in the province.

“Sometimes you ignore it, other times you can’t, you take it to heart. So we have to oppose it as a nation.

Syed says the incident is not an isolated event and that Muslim hatred has become “a pattern”. He even considered asking his wife not to wear her hijab on Tuesday.

“I worry about my other Muslim sisters, my other daughters in Saskatoon and Canada who wear the hijab and are obviously considered Muslim,” Syed said.

This is something Tesbiha Ahmad of Regina can relate to.

“I can honestly say I’ve been scared to come out now, because it could be anyone. I’m walking down the street and anyone can decide ‘oh she doesn’t deserve to live’. She doesn’t deserve not to live’ Why? Because she is a Muslim.

Ahmad is part of the University of Regina Muslim Student Association and says educating people about Islam and proper representation of religion on social media is the best way to end hate.

Raazi says the Islamic Center will hold a prayer meeting at 7:15 p.m. to honor the family.

In a social media post, the Saskatoon Dawah and Community Center shared a message of grief and also called for justice.

“Four lives were taken last night in a heinous and senseless act of hatred, in an Islamophobic attack on a family, during a night walk. Grandmother, mum, dad and daughter killed, while a young son remains injured in hospital, orphaned,” the post said.

“Thank you to everyone who has reached out to us with messages of love, solidarity and support. It takes a collective effort to confront hate in all its manifestations and bring about much-needed change.”


–With files from CTV News London and CTVNews.ca.