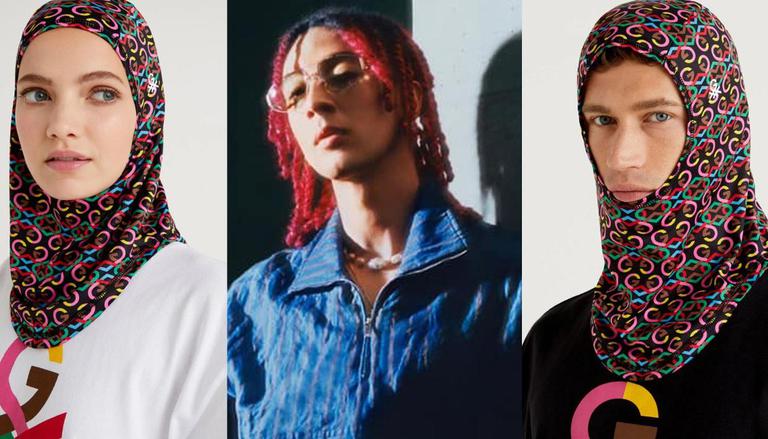 In what is considered a progressive innovation, global fashion brand United Colors of Benetton (UCB) has come up with a ‘unisex hijab’. While many Islamic countries are still struggling to establish gender equality and protect the rights of people in the LGBTQ community, the unique yet traditional headgear wins all hearts. Available in four colors– black, yellow, red and green, the hijabs are priced at around Â£ 29.95 (INR 3,009).

According to the official website of the Italian brand, the unisex hijabs are adorned with monogram prints designed by Italian rapper Ghali Amdoun. Interestingly, Ghali has its roots in the Islamic country of Tunisia, where his parents were born. Headwear is part of the â€œUnited Colors of Ghaliâ€ clothing collection which also includes bags, joggers, and more.

â€œUnisex hijab in stretch fabric. Multicolored monogram print with Benetton logo united to G de Ghali. Small logo print on the left side. This accessory belongs to the â€œUnited Colors of Ghaliâ€ capsule collection, created by Ghali â€, an official description of the read unisex hijab.

Meanwhile, the launch of the unisex hijab has received mixed reactions on the internet. While many have criticized the brand for promoting the “regressive” ideology of covering the head, others have praised UCB for its creation. â€œThe hijab is not freedom! And, against the Benetton brand positioning of unleashing emotions and colors,â€ one user wrote on Twitter. â€œHow about a line for evangelical Christians? Another asked. Still, a third Twitterati joked, “They’re going to get attacked by Charlie Hebdo for suggesting the hijab can be gender-neutral lol.” in reference to the French magazine which was attacked by Islamic extremists.

ULTIMATELY! The United Colors of Bennetton released a unisex hijab! Now I can hide my hair from women so as not to ignite their passions! pic.twitter.com/HL2HAdizHn

While the Italian brand is doing everything to make Islamic headgear shine, other European countries are moving forward to ban burqas / hijabs. Last year, Germany banned the hijab in schools. Previously, in 2018, Denmark imposed a “burqa ban” with the law allowing people to cover their faces only when there is a “recognizable purpose” such as cold weather or to comply with other legal requirements, such as the use of motorcycle helmets under Danish traffic rules.