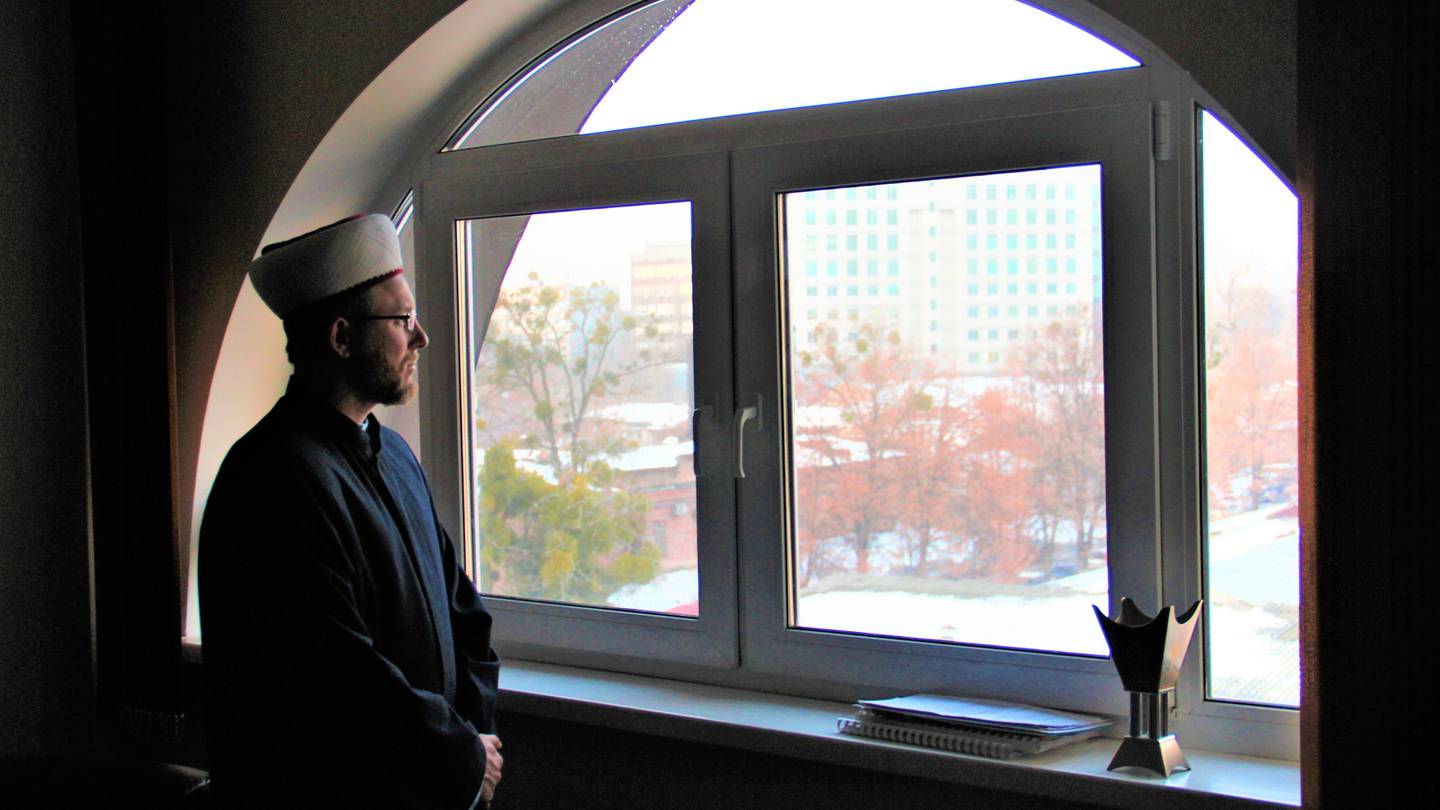 Mufti Said Ismagilov, one of the most important Muslim figures in Ukraine, knows the conflicts well.

The Donetsk native was forced to flee his hometown when Russian-backed separatists occupied the Donbass region in eastern Ukraine in 2014 after learning they were ready to capture him for becoming a Declared activist against the takeover.

Later, while driving in a nearby area, someone fired a gun through his car window. His life was only spared thanks to a bulletproof vest.

Mufti Ismagilov then moved to kyiv, but now, as rockets fall around him, he fears for Ukrainians in general and the country’s Muslim population in particular.

He said Russia’s actions in Crimea after Moscow annexed the Ukrainian province did not bode well for Ukraine’s Muslim and Tatar communities.

Most Crimean Tatars, a Muslim people originally from the Black Sea region, opposed Russia’s capture of the territory from Ukraine in March 2014.

Community members said they faced discrimination and hardship as they were pressured to align themselves with Russian-backed authorities.

The Tatar representative assembly, called Mejlis, was banned, while a Tatar-language television channel was closed.

Crimean Muslims believed to be members of the Hizb ut-Tahrir organization – an Islamist group banned in Russia but not in Ukraine – have been sentenced to up to 20 years in prison for terrorism.

If Russia takes over the rest of Ukraine, Mufti Ismagilov says The National he fears that Muslims in Ukraine will face repression.

In Ukraine, Muslims have enjoyed a relatively normal life in recent years.

The Tatars were officially recognized by the government as an indigenous group in 2014, and growing numbers of Russian Muslims have immigrated to Ukraine from the restive North Caucasus.

Until recently, Friday afternoons on the street in western Kyiv that houses the city’s Islamic Cultural Center, there was a carnival atmosphere after prayers.

A Ukrainian serviceman stands near captured Russian tanks, one painted in the colors of the Ukrainian national flag and the other marked with the letter ‘Z’ in northern Kharkiv region, Ukraine. Reuters

But all that is now a thing of the past.

On Tuesday, Russia bombed the city’s television tower and the nearby Holocaust memorial – a kilometer north of the Islamic Cultural Center – killing five people.

“It’s dangerous in kyiv every day, starting from the first day of the war,” Mufti Ismagilov said. The National in a telephone interview.

The fears of some members of the community are based on historical examples of repression.

During World War II, thousands of Tatars living in Crimea were moved to the plains of present-day Uzbekistan and points further east in cattle trains on the orders of Josef Stalin. Many died during the journey.

“The Crimean Tatars, due to their historical experience with the Stalinist regime, which forcibly deported them from their homeland in 1944 to Central Asia, have always been anti-Soviet.”

As a result, thousands of people fled Crimea for Ukraine.

For Mufti Ismagilov, himself a Tatar, the difficult question is what to do if his adopted city is invaded by Russian forces.

“I can say with certainty that I will not remain mufti and either leave the city and fight against the occupiers in the Free Territory of Ukraine or stay in Kyiv.”

Damage after the bombing of buildings in the center of Kharkiv, Ukraine. APE

I see the pitfalls of supportive practices such as the hijab: Noorjehan Safia Niaz