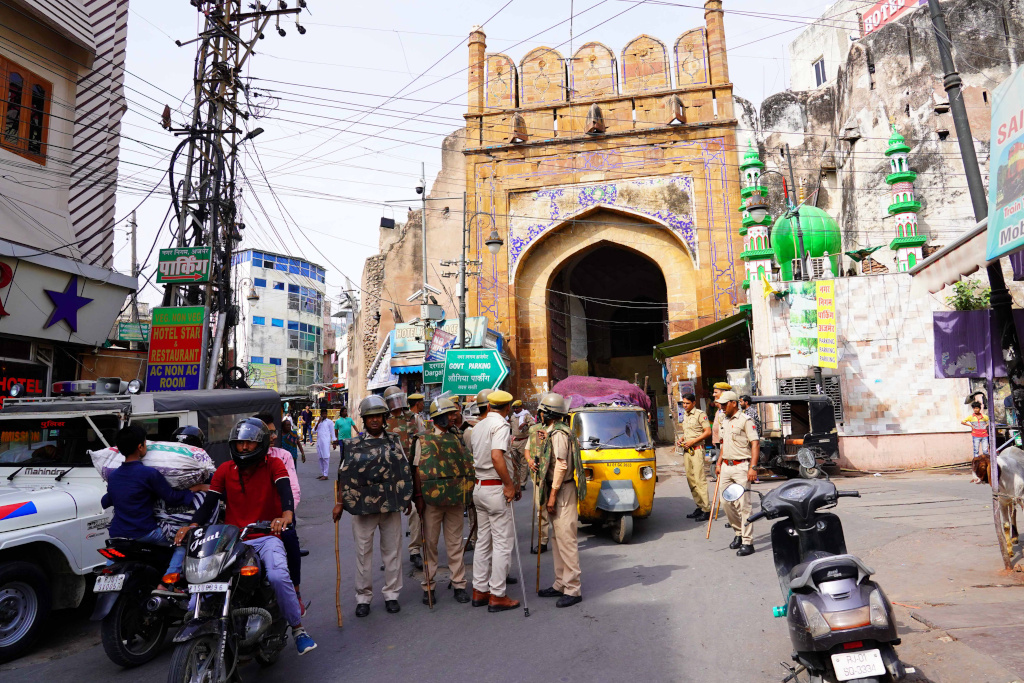 There is a sense of disquiet among educated Muslims, and in intellectual circles in general, since Muslim assailants killed two Hindus, a tailor in Udaipur and a chemist in Amaravati. The killings took place because the victims supported Nupur Sharma, a Bharatiya Janata Party spokeswoman suspended for her controversial remarks about the Prophet. Some say there is a chance that these two murders are aberrations, but that chance is very low. There is angst as people absorb the implications of the murders, which they believe could mark the beginning of radicalism. At least, they fear, the incidents herald reactions to Hindutva of a kind they would never approve of.

“No one will remember our warnings,” says former MP Mohammad Adeeb. For him, as shocking as these murders is the refusal of the ruling party and its supporters to accept that there is a segment of Muslims in India who would not weigh the consequences of their actions on the community and the country. This same feeling prompted Adeeb to launch his new team, Indian Muslims for Civil Rights. Through it, he wants Muslim thinkers and members of the educated middle class to think of ways to short-circuit India’s growing communal polarization.

At its first meeting earlier this year, 600 Muslims arrived in the capital to discuss democratic solutions to bridge the Hindu-Muslim divide and end the blatant attacks on Muslims. But as they talked about staging protests and holding meetings to promote friendship – some suggested courting arrest to protest the state’s oppressive tactics – the media ignored them. “Our idea is that Muslims should fight for civil rights, not for the mosque and Allah. But TV channels only go where the dadhi-topi waaley [overtly religious] Muslims are coming together to widen the community divide,” he says.

What troubles observers after Udaipur and Amaravati is their own growing doubt as to whether India’s inherent pluralism can turn the tide against communal and majority forces. When they consider the scope of recent events, they say they end up drawing the grim conclusion that there will be more militant reactions. “What did we expect? says Professor Mohammad Sajjad, who teaches modern Indian history at Aligarh Muslim University. Recalling the violence of December 1992 and January 1993 in Bombay [now Mumbai] after the demolition of the Babri mosque, he said: “Even then, some had thought that the cycle of violence would stop after the fury had been ‘avenged’. But that didn’t happen.

It’s not just the violence that worries. For Sajjad, the state can use its power not only to deliver justice and punishment, but also to choose winners and losers in intercommunal conflicts. Then, the choices he makes would determine whether communities are left behind or ready to set the stage for peaceful coexistence. “To a very large extent,” says Sajjad, “if the state and the justice system remain non-partisan, there will be hope.”

So India has only two options, either embrace diversity and multiculturalism and return to politics as usual, or follow Israel’s path. The latter could well mean living under the constant threat of militancy, with part of society perpetually alienated. Such a situation is difficult to control in India due to its immense geographic and demographic spread.

In his recent book, “Modi’s India: Hindu Nationalism and the Rise of Ethnic Democracy”, French political scientist Christophe Jaffrelot illustrates through his encounters with members of Hindutva groups, in particular the Bajrang Dal, that India has adopted the terms of a “de facto ethnic democracy”. He writes that the “Indian variant of ethnic democracy – a notion that came to social science from the Israeli crucible of the ‘Jewish state’ – is both informed by promotion of a Hindu definition of the nation in opposition to the secularism enshrined in the Constitution of the 1950s… and by its opposition to Christian and (especially) Muslim minorities. In such a regime, he writes, the majority “makes the law because of its legitimacy and the fact that state law can no longer do much to counter this dynamic”.

This description would be familiar to any observer of Indian politics, and the killings in Udaipur and Amaravati further complicate the situation. “If the problem is communalism and the solution is secularism, then Muslims can only work to strengthen its opposite – they must work to strengthen secular forces,” Sajjad says. That is, even within the dynamics cited by Jaffrelot and others, Muslim sectarianism cannot pragmatically compete with mainstream sectarianism. “Muslims can’t afford it, they’ll have to find another way,” Sajjad says.

But what are these other means and options?

Professor Zaheer Ali, who taught history in Mumbai, is reluctant to claim “backlash” as the reason for the two recent attacks. “Everyone knows that Muslims are going through a difficult time. But to call the killings a reaction would be to justify a heinous crime by saying there are injustices in society,” he says.

Moreover, the “reaction” would consist of relating the devastation of the social fabric on a square meter much larger than in two cities. After all, a significant portion of Hindu society has become radicalized, regularly seen committing acts of street violence against minorities and Dalits. Ali points out that it took the RSS a hundred years of “working” across the country to get virtually all sections of educated, middle-class Hindu society to support its ideas. “Now it’s not just Hindutva radicals; even affluent Hindus in small towns see nothing wrong with the policies of the RSS and BJP,” he says. In the name of defending Hinduism, wealthy and educated members of the mainstream community have supported anything – lynchings and legal harassment, allegations of various jihads against Muslims and a dispensation that leaves the person who made statements free while those exposing fake news are pushed behind bars. Even a Hindu who helps Muslims, like Teesta Setalvad does, finds the prison doors open for them. “My heart goes out to those Hindu brothers who are called desh drohi for supporting the cause of Muslim emancipation,” says Adeeb.

Paramjit Singh Judge, a former sociology professor at Guru Nanak Dev University in Amritsar, said India “should be prepared for the worst”. Because the killings of Udaipur and Amaravati have only two interpretations: either they were isolated actions of motivated people, or they were part of a design. “Usually what starts as individual action can then become more widespread,” he says, “but our policymakers are totally unfazed. If these social conflicts continue to grow, the Indian economy will not grow either and the consequences will be serious. The other fault line in this terrain has historical precedent. “Every event is unique, but there are also old tricks of absolutist states,” Judge recalls, recalling the story of the 1933 Reichstag fire, which was blamed on communists in Nazi Germany but soon after. revealed as a set-up.

To cite an example closer to home, the Congress party and the Akali Dal toyed with Punjab in the 1980s, both motivated by the belief that they could handle Sikh radicalism. Yet, from 1985 to 1991, Punjab violently spiraled out of control. Certainly, Muslims are very different from Sikhs in Punjab, not only spatially spread across the country, but culturally diverse. “But the BJP portrays Muslims as monolithic. He calls them seamless to bulldoze them, and when that happens, there will be reactions. People defend themselves, perhaps even by invoking a glorious past, with which they have nothing to do! said the judge.

Between the optimism of pluralists and the strict rationality of the evaluation of events, the worries of educated Muslims are multiplying. They can’t help but wonder what kind of events might unfold in the future, even though the broad consensus is that the ruling party will reap electoral benefits from most possibilities they can imagine. “Elections are the greatest truth of Indian democracy today,” Adeeb laments, recalling a 1990 meeting with then-Prime Minister Vice President Singh that also foreshadowed the situation. current. Singh had asked Adeeb what he thought of post-emergency India. On those days LK Advani was on his rath yatra urging Hindus to chant ‘Garv se bolo hum hindu hain‘ (say with pride that you are Hindu), while Muslims built mosque after mosque. “I told VP Singh that what I saw paints a scary picture of tomorrow,” he said.

But there were warnings then, and there are warnings now. For now, the two murders in two cities are manifestations of a community in deep turmoil.