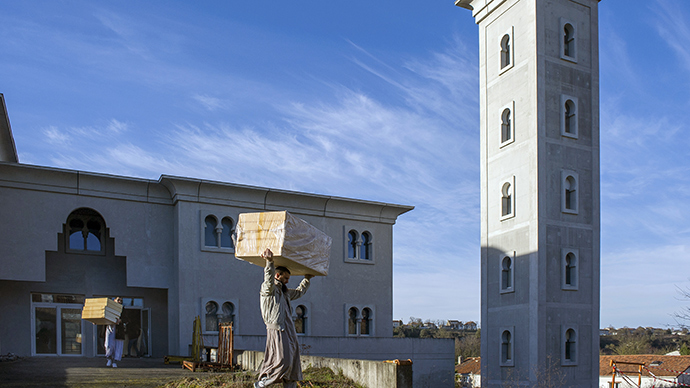 France’s top Muslim official has suggested turning empty or abandoned Catholic churches into mosques, saying up to 5,000 are needed for the country’s Muslim population – the largest in Europe.

â€œIt’s a tricky question, but why not? Dalil Boubakeur, rector of the Great Mosque of Paris and president of the French Council for Muslim Worship, said Monday on Europe 1 radio.

There are currently around 2,500 mosques in France and another 300 under construction, but the number is not meeting the needs, he said. With around 5 million Muslims in France, at least 5,000 mosques are needed, Boubakeur said.

Empty churches to serve the Muslim worship: “Why not? They are neighboring rites” – D. Boubakeur # E1morningpic.twitter.com/vUKTfECb3S

During the interview with French radio, he gave an example of the transformation of a church into a mosque in Clermont-Ferrand, which was well received by the local religious community. The church had been abandoned for over 30 years and the building was donated to the Muslim community in 2012.

“It is the same God, these are neighboring, fraternal rites, and I think that Muslims and Christians can coexist and live together,” he said.

This is not the first time that the lack of places of worship for millions of Muslims has been mentioned in France. In April, Boubakeur called for doubling the number of mosques.

His words were greeted by the Christian community as a “legitimate” demand.

“Muslims, like Christians and Jews, should be able to practice their religion,Monsignor Ribadeau-Dumas, spokesperson for the Episcopal Conference of France, told French radio Europe 1.

However, this suggestion has been criticized by the far-right Front National party. In April, Florian Philippot, its vice-president, affirmed that France did not need more, because â€œ100 percent of places of radicalization are mosques.

Party leader Marine Le Pen called for a halt to construction of new mosques in March.

“Today we must freeze the construction of new mosques while we verify the origin of their funding,â€œ, She said in an interview with France 24.

The issue of strengthening ties with the Muslim community was discussed during talks between the French government and around 150 Muslim leaders in Paris on Monday.

French Prime Minister Manuel Valls stressed that there was no link between extremism and Islam.

“It must be said that all this is not Islam,” he said. “The hate speech, the anti-Semitism behind anti-Zionism and hatred of Israel … the self-proclaimed imams of our neighborhoods and prisons who promote violence and terrorism …

“Islam still gives rise to misunderstandings, prejudices, and is rejected by some citizens”, he added. “Yet Islam is here to stay in France. It is the second largest religious group in our country. “

The first conference between the government and leaders of the Muslim community comes five months after the jihadist attacks on Charlie Hebdo and the kosher store in Paris that killed 17 people.

The terrorists responsible for the attacks “belong to a world different from ours,“said Boubakeur, speaking at the conference.

There has been a huge increase in anti-Muslim incidents in France following the Islamist attacks in Paris. A report released in January by the National Observatory Against Islamophobia indicates that during the month there was a 110% increase in attacks.