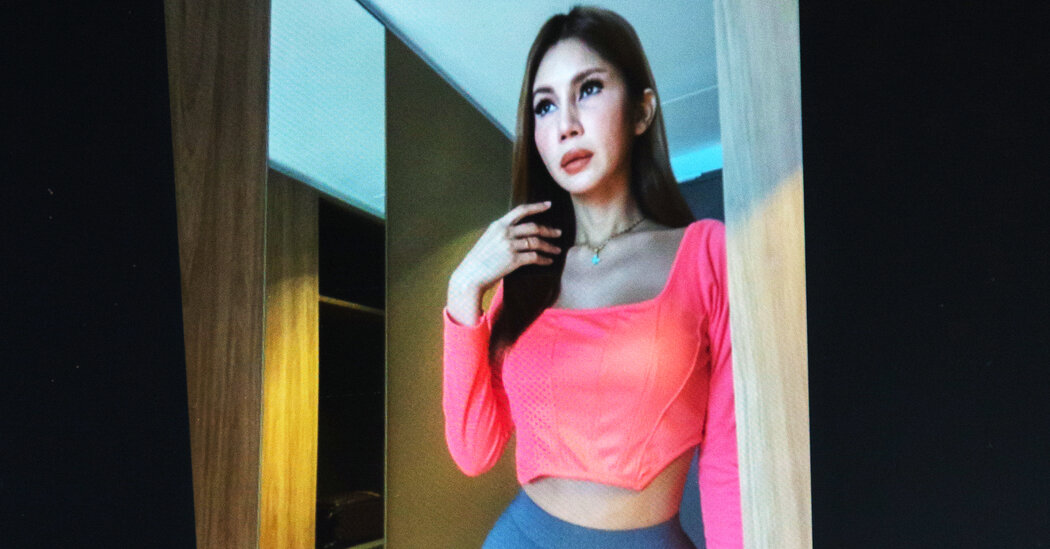 In February 2018, on her birthday, Nur Sajat donned a low-key hijab and attended a Muslim prayer session at a new building she was inaugurating near Malaysia’s capital, Kuala Lumpur. Three years after this choice of dress, the Malaysian authorities charged her with “insulting Islam” and wearing women’s clothing.

On Monday, Ms Nur Sajat, a transgender entrepreneur and social media personality, announced that she had fled to Australia to escape the threat of prison in her home state of Selangor.

“When I received refuge in Australia, I felt protected to be myself, to be free,” Ms. Nur Sajat said in an interview with The New York Times. “I felt trapped in my own country, where I was born, because of the laws that criminalize me and consider me a man.”

Ms Nur Sajat’s dilemma – having to flee her home to be herself – largely reflects a national divide in Malaysia between more conservative Malays and a coalition of liberal Muslims and Chinese and Indian minorities who emphasize heritage multi-ethnic and multi-religious Southeast Asian nation.

Malaysia is bound by a hybrid legal system when it comes to personal or family matters. Muslims, who represent more than half of the population, must respect Sharia. Non-Muslims are bound by civil law. While some of the tougher Sharia laws are rarely enforced, the ruling coalition, which draws on the country’s Malay Muslim base, is stepping up legislation targeting transgender and gay people.

“The government takes the issue of LGBT people in the country seriously, as Malaysia is a country that adheres to the religion of Islam,” Prime Minister Ismail Sabri Yaakob said last month, shortly after being sworn in in as the new ruler of Malaysia. “Anyone who breaks the law must face prosecution. Nevertheless, at the same time, they need to be guided and sensitized so that they can return to the right path.

Guiding Ms Nur Sajat would, at the very least, mean putting her in a rehabilitation camp for transgender people, Islamic officials have said. On Tuesday, Idris Ahmad, the religious affairs minister in the Prime Minister’s Department, offered such a camp as a more palatable option for Ms Nur Sajat than imprisonment.

It is unclear why the charges against Ms Nur Sajat were brought three years after she officiated at the prayer ceremony while wearing female religious attire. Ms Nur Sajat, who has a large following on social media, said she regularly organized such events and donated part of her earnings to charity, as is Islamic custom.

“I was born and raised as a Muslim, so I was taught to do things the Islamic way,” she said. “I ran a halal business.”

In January, Ms Nur Sajat received a summons from the Selangor State Religious Department, where her wellness and lifestyle business is located. This is the kind of missive that scares transgender people in Malaysia. Along with several friends and family, Ms Nur Sajat went to meet Islamic Department officials, who said they had received public complaints about her.

While she was inside, Ms Nur Sajat said at least three men kicked her and pinned her to the ground. They fondled her breasts, she said. On the same day, she was handcuffed, arrested and formally charged by a Sharia court. She was held overnight in a male detention center.

Ms Nur Sajat’s mother, who witnessed the assault, confronted an officer, asking him how pious Muslims could do such a thing. He replied that Mrs. Nur Sajat was a man, so that was fine. (His account of the assault was corroborated by an activist who spoke to his mother.)

“They think touching my private parts and breasts is justified because they perceive me as a man,” Ms Nur Sajat said. “They didn’t treat me with any compassion or humanity.”

Panicked, Ms Nur Sajat escaped in February to neighboring Thailand, where she was later convicted of illegal entry. This crime could have merited extradition to Malaysia, and the Malaysian authorities have made it clear that they want her back. But Ms Nur Sajat quietly left Thailand this month and ended up in Australia, where other transgender Malaysians have been resettled under the UN refugee process.

“I have always been a scapegoat to distract from bigger issues, and my case has been sensationalized due to my social media presence,” Ms Nur Sajat said.

Targeting of transgender people has intensified under the current government coalition, which displaced an opposition force last year. A senior religious leader has encouraged the country’s Islamic authorities to arrest transgender people. In September, an Islamic council in Perlis state issued what amounted to a ban on transgender people entering mosques.

In the middle of this year, more than 1,700 people were forced to attend a government-run “spiritual camp” aimed at combating “unnatural sex”, according to government statistics.

Legislation in Malaysia targeting gay and transgender people is not only rooted in religious courts. British colonial bans prohibit “carnal intercourse against the order of nature” for Muslims and non-Muslims.

Sharia courts have the power to order caning for Muslims engaging in same-sex behavior, but for years the punishment went undelivered. Then, in 2018, two women were subjected to a brutal form of corporal punishment for having sex in the conservative state of Terengganu. A year later, five men were sentenced to caning in Selangor for the same offence, a decision which was partly overturned by a higher court this year.

Ms Nur Sajat posted a video on social media earlier this year wondering if she should give up her faith. She later deleted the video and said in the Times interview that she was in an anxious state due to the assault by religious department officials. Renouncing Islam can be considered a crime in Malaysia.

“Islam is a holy religion,” Ms. Nur Sajat said. “This is a personal matter, and I have a right to privacy.”

Mr Idris, the religious affairs minister, said last month that if Ms Nur Sajat “pleaded guilty” and “came to her senses” there would be “no problem”. He referred to Mrs. Nur Sajat by the full name she was given at birth.

“We are not looking to punish, rather we are to educate,” Mr. Idris added.

Ms. Nur Sajat runs a skincare, wellness and clothing business, and her appearance on a reality TV show has put her in the firmament of Malaysia’s social influencers. Last year, she went on a pilgrimage to Mecca and documented the trip on Instagram, courting controversy from some Malaysian clerics. An official said she had “tainted Islam” by wearing women’s prayer clothes.

In 2019, religious authorities attempted to subject Ms Nur Sajat to physical tests to determine her gender. She refused.

“She has no protection in Malaysia and the state is determined not only to prosecute her, but also to use this event to impose broader restrictions on all LGBTQ people,” said Thilaga Sulathireh, co-founder of Justice for Sisters. , a transgender advocacy group in Malaysia.

Other transgender Malaysians have expressed concern over the zeal with which the country’s religious authority, which recently received increased funding, has pursued Ms Nur Sajat.

“I myself, when the time comes, I will leave because I don’t want to stay in a society like this,” said Shika Corona, a transgender musician.

Since Australia’s coronavirus quarantine, Ms Nur Sajat has said she was forced to abandon a successful business in “the blink of an eye”. She misses home but sees no way to return as laws targeting gays and transgender people continue to be enforced.

“I was trapped and stuck in Malaysia because of the Sharia system,” she said. “My very being, my existence, was called into question. But I am very firm in my identity as a woman. This is who I am.”