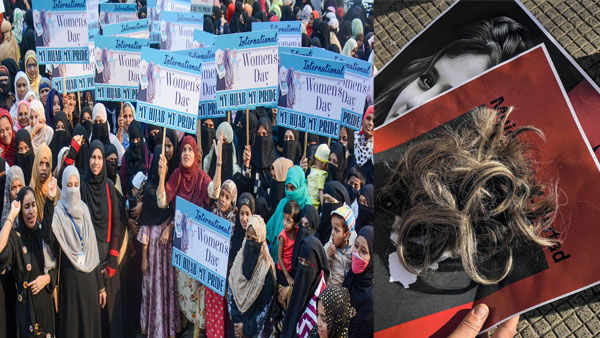 The refusal of six girls from a government junior college in Kundapura in the Udupi district of Karnataka to attend classes without a Hijab had sparked a major community storm in February this year.

All the college management wanted was to enforce uniformity in student dress to foster a sense of discipline and a secular temperament. But radical Islamic groups and imams have called it an invasion of their daughters’ religious identity.

Consequently, violent mobs clashed with police in different parts of the state and hijab marches were held in Punjab, Rajasthan, Tamil Nadu, Andhra Pradesh, Telangana and Maharashtra. It was yet another attempt on their part to pursue an exclusionary agenda like Friday vacations in educational institutions, separate prayer rooms in commercial and official establishments, the right to pray on government land and exemption from body searches at airports, polling booths and sensitive public places.

Muslim hotheads and preachers weren’t the only ones protesting. Non-BJP political parties, with an eye on Muslim votes, quickly came out in favor of them. Liberals were not far behind in calling the hijab ban an unsecular and draconian measure. Lo and behold, he also found traction in the Supreme Court.

In a split verdict, Judge Dhulia ruled that wearing the hijab was a matter of choice and that asking Muslim girls to remove it was an invasion of their privacy and dignity, guaranteed by the constitution. He added that the right to education was a fundamental right of girls which could not be denied because they did not wear the hijab. It is hoped that non-conformists will not take Justice Dhulia’s words at face value and start frequenting courts, tribunals and security institutions in disguise, turning them into carnivals.

The Supreme Court’s final decision on this matter will determine for generations how willing we are to abandon progressive ideas to accommodate religious obscurantism in a democracy.

Compare the Muslim reaction in India with what has been happening in Iran, a very conservative Islamic nation for five weeks. Paradoxically, Muslim women in Karnataka fight to wear the hijab, while Muslim women in Iran risk their lives not to wear it. On September 13, Mahsa Amin, a 22-year-old Kurdish woman from Saqqez was arrested by the morality police (known as the ‘Guidance Patrol’) and detained in a re-education center for violating the country’s laws on compulsory wearing of the veil. After three days of torture and a fatal blow to the head, Mahsa fell into a coma and died.

The incident sparked massive protests in 156 cities and universities in 31 provinces. Hundreds of women cut or shaved their hair in public and burned the hijab while shouting “no to the headscarf, yes to life, freedom and equality”. Dozens of schoolgirls blocked traffic in Shiraz, Karaj, Tehran, Saqeez, Sanandaj and nine other cities, waving and throwing their headscarves in the air, chanting slogans against religious authorities and calling on others to unite to afraid that they will be killed one by one.

President Raisi, a hardliner, called the protesters hooligans and Ayatollah Khamenei accused the United States and Israel of orchestrating the riots. Iranian security forces have since killed 224 militants including 34 children and detained more than 12,500.

The leadership of Kundapura college received more scorn than appreciation. Iranian girls, on the other hand, have garnered massive support from more than 63 countries and the international community. The United Nations, EU, United States, United Kingdom and Canada passed resolutions condemning violence against Iranian women and imposed sanctions on vice police, banned visas and ordered the seizure of their property and assets.

Abir Al-Shablani, a Swedish MEP cut her hair while speaking in the European Parliament. Likewise, 50 French women including artists and singers cut their hair in Paris. In Italy, visitors to the National Center for Contemporary Art and Architecture in Rome left their hair in a transparent box at the entrance to be delivered to the Iranian embassy.

Significantly, most Muslim nations preferred not to take sides, caught between growing demands for freedom of choice and religious practices. This is food for thought for both reformers and deaf-mutes.

(Amar Bhushan worked with the Research and Analysis Wing for 24 years after briefly serving in BSF Intelligence, the State Special Branch and the Intelligence Bureau. He served as Special Secretary in the Secretariat of the Cabinet before retiring in 2005.)

Disclaimer: The opinions expressed in this article are the personal opinions of the author. The facts and opinions appearing in the article do not reflect the views of OneIndia and OneIndia assumes no responsibility or liability for them.

For the latest news and instant updates

Sanctions could hurt Iranian women who remove hijab in protest