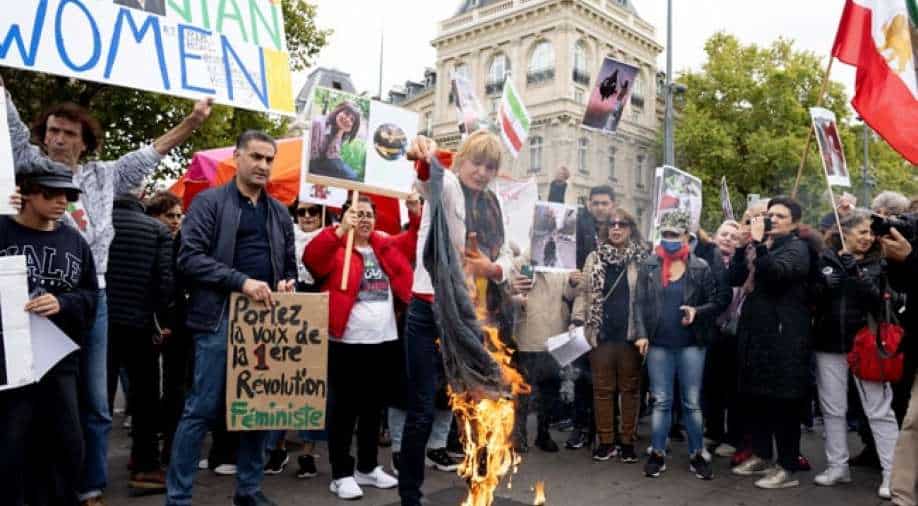 In a show of solidarity with Iranian protesters facing a harsh government crackdown, demonstrators around the world took to the streets to protest. This action was triggered by the murder of Mahsa Amini, 22, while she was in the custody of the Iranian vice squad.

After being arrested on September 13 in Tehran for wearing “the wrong clothes”, Amini died three days later in hospital. The death sparked waves of protests that resulted in the deaths of more than 200 people, including teenage girls.

At the US National Mall, thousands of women and men of all ages – dressed in green, white and red, the colors of the Iranian flag – chanted. “Be afraid. Be afraid. We are one,” some shouted ahead of the group’s march to the White House. “Say his name!” Mahsha!

Iranians from across the Washington, DC area attended the protests, some of whom traveled from Toronto to participate. They were organized by grassroots activists from across the United States.

The largest concentration of Iranians outside of Iran can be seen in Los Angeles, where a crowd of protesters formed a slow procession along blocks of a closed downtown road. They waved hundreds of Iranian flags on the horizon, turning it into an undulating wave of red, white and green as they cried for the overthrow of the Iranian regime.

Nearly 40,000 people showed up in Berlin to show their support for the women and activists who have spearheaded the movement in Iran in recent weeks.

The Woman’s Life Freedom Collective organized the protests in Berlin, which began near the Victory Column in Tiergarten Park and continued as a march through the heart of the city.

Thousands of people showed up in Paris to support Iranian citizens.

Iranian women, French feminist organizations and politicians were among those who gathered in Place de la Republique in October before leading a march in eastern Paris.