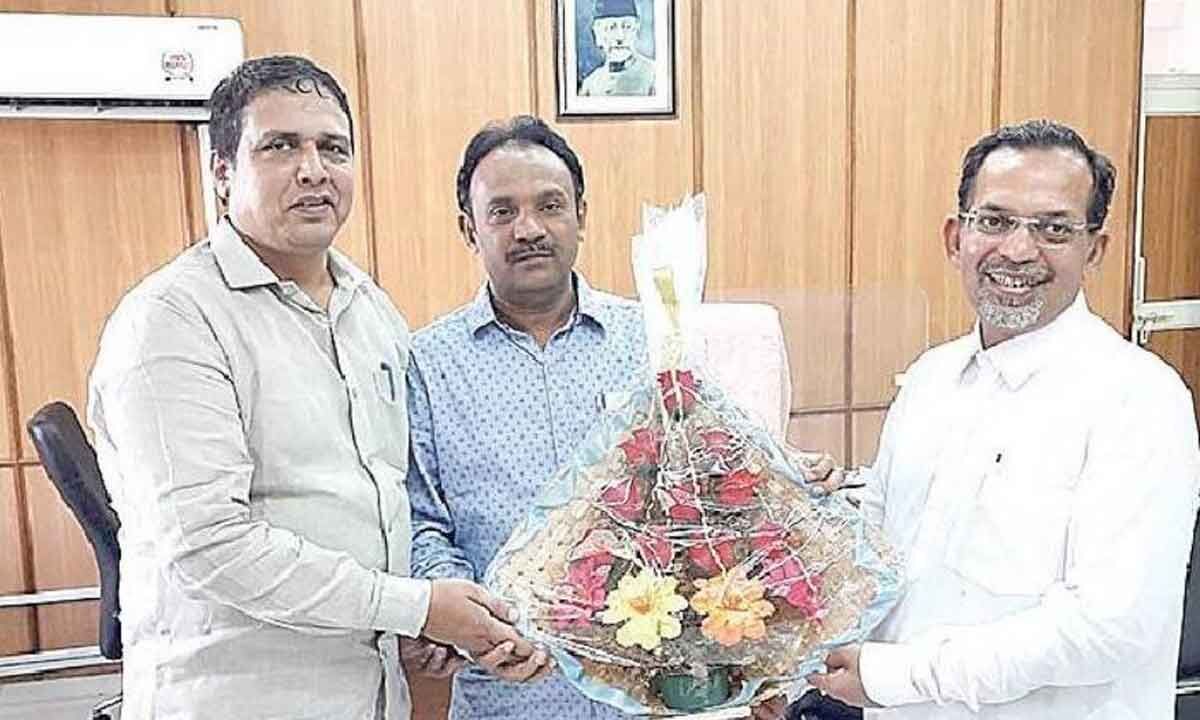 The state will have the first maintained Muslim community Gaushala

Hyderabad: In order to protect cows and save them from slaughter, members of the Muslim community will establish ‘Qidmate Bakar Anjuman’ (Gaushala) at Toopran in Medak district.

Shiraj Qureshi, Supreme Court Barrister and Supreme Court Counsel of India and former member of Madhya Pradesh Haj Samiti; who is in the city at the invitation of Dhyan Foundation, which is a spiritual and charitable foundation working across India to save animals from pain and cruelty through over 45 shelters, said: ” We have been working to protect cows and their offspring from illegal slaughter across the country since 2008. Our motto is not to slaughter cows and their offspring, we file petitions and call on governments to prevent illegal slaughter of cows.

Qureshi further said that illegal slaughter of cows and their offspring, illegal transportation and illegal storage of beef is happening rampant. “We consider the cow to be Allah’s creation and beneficial to all of us humans. Cow’s milk is healthy for everyone and we do not discriminate against it as something belonging to any religion, as we respect all religions and we are all the creation of Allah.” said Qureshi.

The Muslim delegation conducted a survey across the country and found that illegal trafficking and slaughter of cows was taking place, especially in Assam from where they are being transported to Bangladesh. The delegation also filed a petition in the Kolkata High Court to prevent the slaughter of the cows in Bakrid, Qureshi added.

Khaiser Ansari, Social Worker and Bharath First Organization, TS in charge, said: “We are building a gau shala, Qidmate Bakar Anjuman, in Toopran, the first gau shala of its kind in Telangana maintained by the Muslim community. We will raise cows and take good care of them in this gau shala it is registered as a company and will have 400-500 cows.

Dr. Imran Choudhary, Persian Researcher, Jamia Milia Islamia, said: “We are here in Hyderabad to sensitize the government and the public against the illegal slaughter of cows. Illegal logging is the cause of disease in the community. There will also be a shortage of milk due to the slaughter of dairy cows.

Cyprus satisfied with the outcome of EU Council decisions on migration

The Muslim community of Exmouth wants a new community space.