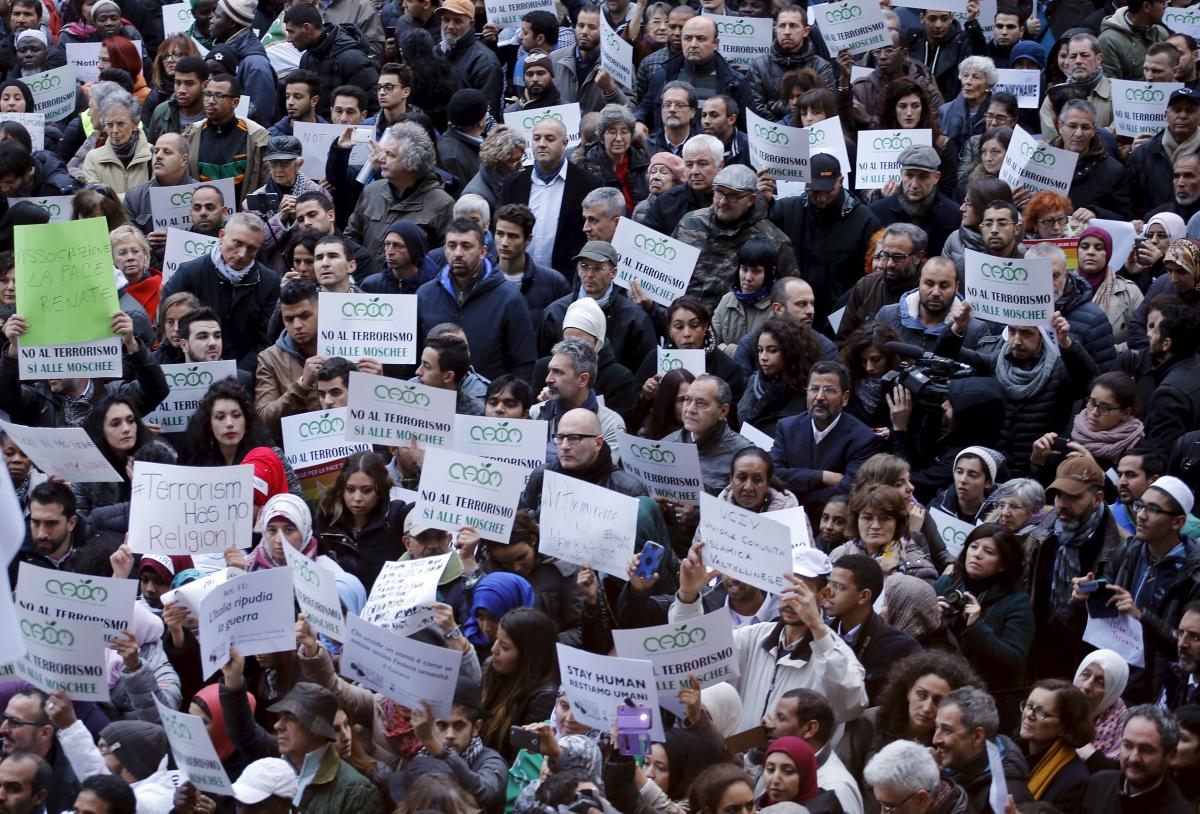 “The solution will come from us”

The emotional appeal of a French Muslim to his community to lead the battle against Islamist terrorism is generating a lot of interest.

In a video that has gone viral across his country, Bassem Braiki, from the town of Vénissieux in eastern France, strongly condemned the November 13 terrorist attacks in Paris that left 130 dead and hundreds injured.

“I address myself to all French Muslims: let us protect our beautiful religion. Let’s go hunt down these imposters who pretend to be Muslims and kill people. It is not the authorities who are going to get rid of it. … This is us,” Braiki said, translated by The Independent.

Braiki pleaded with his fellow Muslims to report any suspicious activity to the authorities regardless of being seen as a “defector”. He also lamented that many people inevitably confuse peaceful Muslims with terrorists, but said intelligent people will know that these attacks were “not about Islam”.

“It is we, Muslims, who defend the values ​​of the Republic. It is up to us to report anything suspicious to the authorities,” he said. “It’s for us, Muslims of France, who have religion in our hearts and obey the principles of Islam – a religion of peace and sharing.”

The video, which was uploaded to the internet on Wednesday, is just one example of Muslims in France and around the world condemning terrorism since murderers carried out shootings and suicide attacks in the nation’s capital. The Islamic State group claimed responsibility for these attacks, the deadliest on French soil since the Second World War.

An unidentified Muslim, blindfolded, stood in Place de la Republique, where crowds had gathered to mourn the victims, with placards reading: “I am a Muslim but they tell me I am a terrorist. I trust you. Do you trust me? If so, give me a hug.

Videos from that day show one person after another coming to hug him – reports say hundreds have done so.

Then he took off his blindfold and said to the crowd, “I would like to thank each and every one of you for giving me a hug. I did this to send a message to everyone. I’m a Muslim, but that doesn’t make me a terrorist. I never killed anyone. … I feel deeply for all the families of the victims. I want to tell you that ‘Muslim’ does not necessarily mean ‘terrorist’.

He said a terrorist is a person who kills another human being for nothing, but a true Muslim would never do that because Islam forbids it.

In the Now uploaded a video of the event on November 16, and it has already received over 1.9 million views.

Muslim condemnation of the terrorist attacks was not limited to France.

On the day of the tragedy, the Council on American-Islamic Relations, a Muslim advocacy group, issued a statement.

“These savage and despicable attacks on civilians, whether they occur in Paris, Beirut or any other city, are outrageous and without justification,” it read. “We condemn these horrific crimes in the strongest possible terms. Our thoughts and prayers go out to the loved ones of those killed and injured and to all of France. The perpetrators of these heinous attacks must be apprehended and brought to justice.

Malaysian Prime Minister Najib Razak has denounced Islamic State and pledged his Muslim-majority country is ready to fight the extremist group alongside other nations.

“The authors … do not represent any race, religion or belief. They are terrorists and must be confronted as such, with the full force of the law,” Razak said in a speech. “Malaysia stands ready to provide all the help and support we can, and rest assured that we stand with you against this new evil that blasphemes the name of Islam.”

On Saturday, hundreds of Muslims gathered for “Not in My Name” rallies in Rome and Milan. In Rome, participants chanted “We are not the enemy” and held up banners reading “Islam is peace” and “Solidarity with the victims of Paris”.

Not all responses were so optimistic.

The National Observatory of Islamophobia and the Collective against Islamophobia in France said on Friday that attacks against Muslims and hate graffiti increased after the tragedy. According to the former, which normally receives four or five complaints a week, 32 anti-Muslim incidents have been reported in the past week.

After the Paris attacks, the French Muslim Council calls on the 2,500 mosques in France to denounce terrorism “unambiguously”

French Muslim group urges imams to get ‘permit to preach’