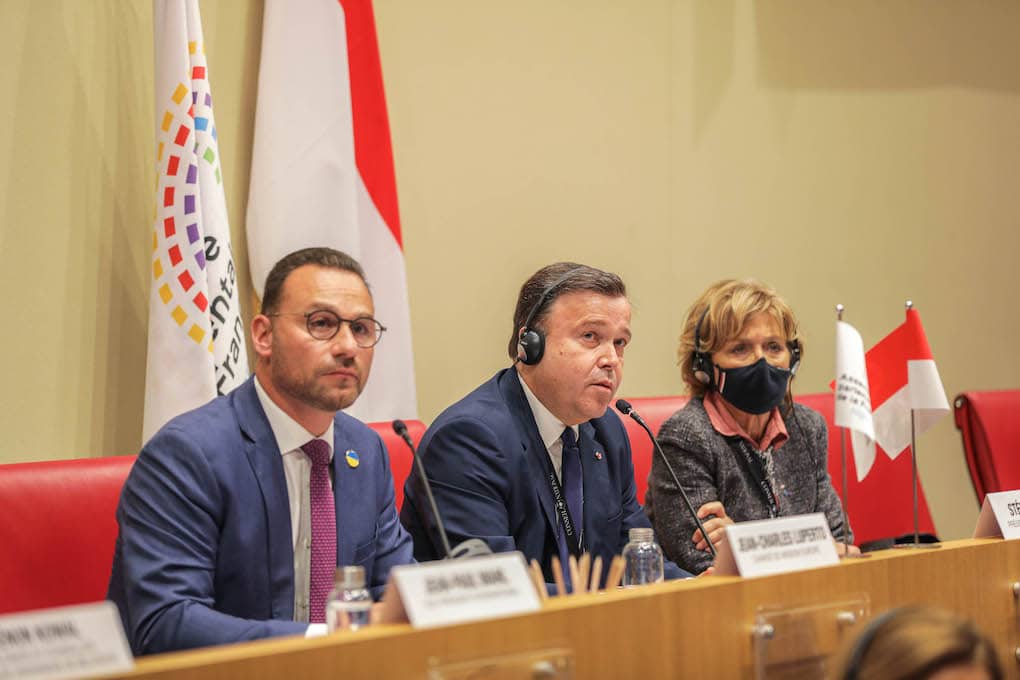 Three Ukrainian MPs spoke about the dramatic situation in their country since the end of February.

“I want to start the day by expressing, with you, our total solidarity with the Ukrainian people.” This is how the President of the National Council, Stéphane Valeri, opened the Conference of Presidents at the Parliamentary Assembly of La Francophonie on Monday 4 April.

The conference, which ends on Tuesday, brings together 19 delegations and nearly 50 participants and its initial objective is to defend the Francophonie. This time, the French language also served as a springboard to promote “values ​​of humanism and freedom,in a particularly tense geopolitical context.

SEE ALSO: Support Ukraine on your next cultural outing

Two Ukrainian parliamentarians were present in the Grand Hemicycle. “The fate of Ukraine troubles us deeply and does not leave us indifferent“, assured them Stéphane Valeri, reminding them that “La Francophonie is rooted in the values ​​propagated since the Enlightenment by those who defended, sometimes at the risk of exile, sometimes at the risk of their lives, the strength of the rule of law in the face of tyranny and absolutism.

Then, the speaker of the Parliament, Ruslan Stefantchuk, spoke by videoconference, live from the Rada (the building of the Ukrainian parliament). The three parliamentarians commented at length on the Russian invasion and its dramatic consequences for the Ukrainian people.

Following these exchanges, Stéphane Valeri recalled the support measures put in place by the National Council and the Prince’s Government. This support is manifested in particular through the policy of welcoming Ukrainian refugees in the Principality, but also in the action carried out by the Monegasque Red Cross, which raised more than 1.5 million euros in humanitarian aid for the victims of the conflict.