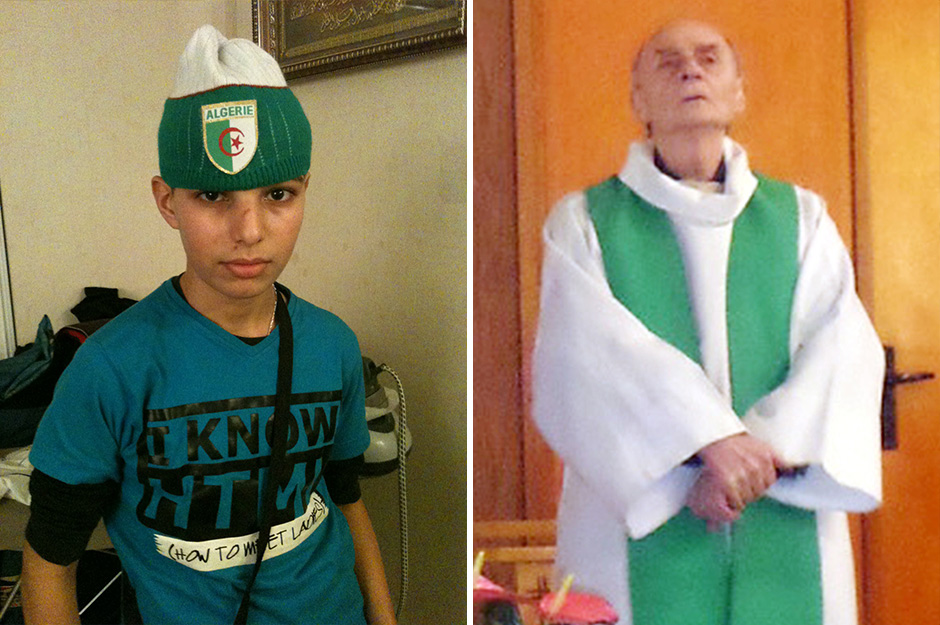 The leaders of the COMMUNITY refused to bury one of the terrorists responsible for the murder of a Catholic priest in France.

They said they did not want to “taint” Islam by having ties to Abdel Kermiche, the 19-year-old extremist who murdered Father Jacques Hamel in Normandy.

Speaking on the decision, Mohammed Karabila, president of the local Muslim cultural association and imam, said The Parisian: “We are not going to taint Islam with this person.

“We will not participate in the preparation of the body or the burial.”

Mr Karabila continued, insisting that religious leaders at the mosque would not be involved in any funeral proceedings.

But he admitted that if the mayor’s office asked the mosque to receive the body, and Kermiche’s family said they wanted a burial, his mosque would be forced to nominate someone to oversee the process.

Kermiche’s family have yet to say whether they will organize a funeral for their son.

Local Muslims supported the decision of the community leaders.

Speaking on the prospect, 25-year-old technician Khalid El Amrani said he considered it “normal” for the mosque to refuse to help with the burial.

He said, â€œWhat this young man did was a sin, he’s no longer a part of our community.

The two men were shot dead by cops as they tried to leave the place of worship, using nuns as human shields.

Meanwhile, Abdel Malik Petitjean’s adoptive father said the news of his son’s gruesome crime and death had left him ‘shattered’.

Authorities are questioning three people in connection with the terrorist act, and another 19-year-old man has been charged with terrorist offenses as cops rush to find accomplices of the two attackers.