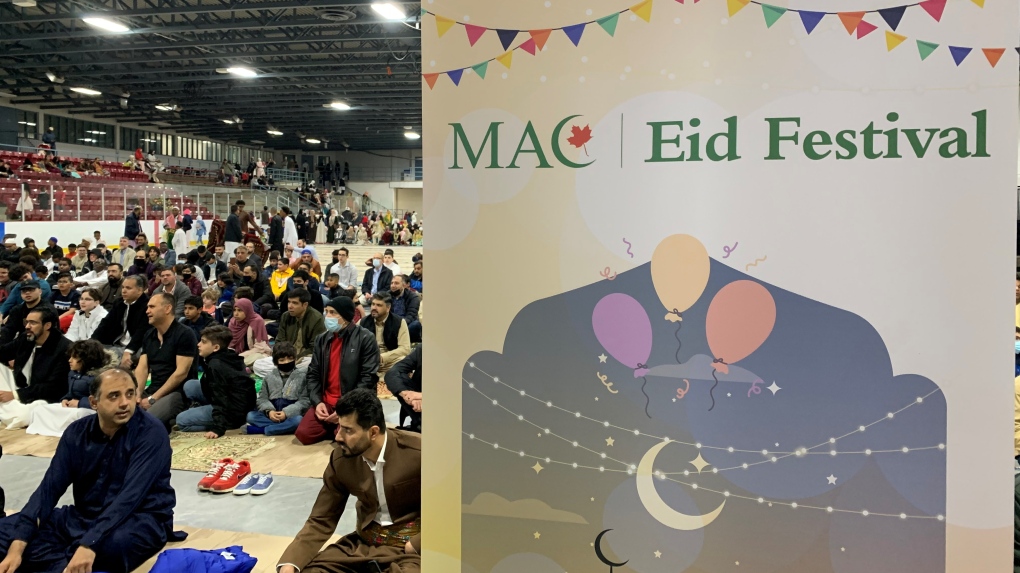 The Muslim community celebrates the end of Ramadan at The Aud

The Waterloo Region Muslim Community marked the end of Ramadan on Monday with festivities at the Kitchener Memorial Auditorium.

Hundreds of people came to The Aud to attend the Eid-al-Fitr festival, after a two-year pandemic hiatus.

This marks the end of the Islamic holy month of Ramadan, where Muslims fast from sunrise to sunset every day, ending the night with prayer.

“When you don’t eat all day, it makes you hungry. And it reminds you of those who are hungry all the time,” Imam Bendame said.

Prayers were held on Monday morning. Originally, three time slots were planned, but a fourth prayer session had to be added to accommodate the large number of people present.

“You can tell the level of excitement from the community,” said Bilal Khan, who was celebrating Eid. “Just the fact that they had to say an extra prayer here.”

After the prayers there was a festival which included food, carnival games and other activities.

“It’s so exciting, there are so many people here. It’s so amazing to see such a big Muslim community,” said Isbah Syed who attended the celebrations.

The festival ended Monday at 4 p.m.