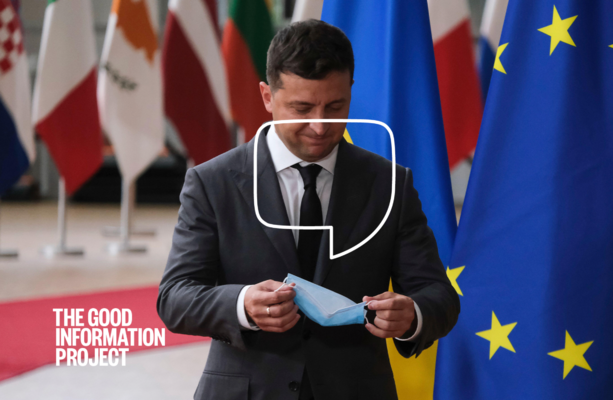 the long road that awaits Ukraine in the EU

EARLIER THIS WEEK, the European Council gave its unanimous support to Ukraine’s application for membership of the European Union.

The council – which is made up of the heads of state of the 27 EU countries – also backed candidate status for Moldova (but rejected Georgia’s candidacy, recognizing the country’s ‘European perspective’ instead). The move was hailed as a watershed moment in the bloc’s history.

“I think this is a moment of great satisfaction and I am very happy with the endorsement of our opinions by the leaders. There can be no better sign of hope for the citizens of Ukraine, Moldova and Georgia in these troubled times.

But, while this decision is important, there is still a long way to go before Ukraine and Moldova can officially join the EU. The last country to become a full member of the EU was Croatia, in 2013. It took Croatia eight years to go from candidate status to membership.

Turkey has been a candidate for EU membership since 1999, and there are no signs of joining soon. Meanwhile, other Western Balkan countries are still waiting to join after years of negotiations.

So what is the process from application to full membership? What will it take for Ukraine to join? And what about the other candidate countries?

Only the start of the journey

The first part of the process for a country to become a member of the European Union is for it to formally apply for candidate status. Ukraine did so on February 28, shortly after Russia invaded the country.

He then fell back on the European Council to unanimously agree to grant candidate status to Ukraine, which he did on Thursday, with Moldova.

The European Parliament also adopted a resolution earlier this week calling on the Council to grant candidate status to Ukraine “without delay”.

According to Stephen O’Shea, deputy chief executive of European Movement Ireland, a pro-EU organisation, the granting of candidate status is an important moment.

“It’s very welcome from our point of view, but public opinion across Europe is also very supportive,” he said. “But there is a long and arduous road ahead.”

Seven countries are now candidates for EU membership. Along with Ukraine and Moldova, Albania, North Macedonia, Montenegro, Serbia and Turkey are all on the candidate list.

The next step in the process is for the European Commission and Ukrainian officials to develop a negotiating framework. This will be a basis for the conduct of negotiations. Once agreed, it must then return to the European Council for further approval before formal negotiations can begin.

Negotiations are by far the most difficult part of the bid process and can take many years to complete or even stall, as is the case with Turkey’s bid.

In general terms, candidate countries must meet three conditions before they can become full members. These are known as the “Copenhagen criteria”, according to which countries must:

“So that’s the general criteria in terms of accession status,” says O’Shea.

“And then the process as it stands now for any country wishing to join, or in the negotiations for membership, is that it works through EU laws, EU values ​​and requirements, chapter by chapter.”

There are currently 35 chapters of policies and laws that need to be addressed in the negotiations, including things like company law, government procurement, fisheries, and taxation, among others.

Once the commission is satisfied that an applicant country has met the requirements of a specific chapter, the council must unanimously decide to close it. Once all chapters are considered closed, the board must again vote to approve membership. This is followed by a vote in the European Parliament, and then finally each EU member must ratify to bid.

It is only when all this is over that an applicant country will become a full member of the European Union.

How long can this take?

In Brussels this week as Ukraine waited to hear whether it would begin its bid journey.

The EU has undergone several enlargements throughout its history. Ireland joined in 1973, along with the UK and Denmark. Austria, Finland and Sweden joined in 1995, with negotiations taking three to five years, the shortest accession process to date.

For the major enlargement involving the countries of Eastern Europe in the 2000s, the negotiations lasted more than 10 years. Meanwhile, the accession process of the current candidate countries has stalled or come to a complete halt in recent years.

Turkey has been a candidate for more than two decades, but negotiations have effectively ceased, due to democratic backsliding in the country. There has also been little progress in recent years in the candidacy of Western Balkan countries on a variety of political issues.

All of this has led to a perception of so-called “enlargement fatigue” on the part of the EU. However, Russia’s invasion of Ukraine focused minds in the union, and the country went from bid to candidate status in record time.

Some countries, including Ireland, have called for a simplified and faster process for countries joining the EU.

“My point of view is to facilitate a faster and accelerated process of enlargement in terms of neighborhood,” Taoiseach Micheál Martin said in Brussels on Thursday.

It’s better for the European Union, it’s better for political stability, but above all, it gives neighboring countries a much better opportunity to develop economically and socially.

Meanwhile, French President Emmanuel Macron has presented proposals for a broader “European political community” that could work together on issues of common interest, and which would include countries still waiting to join the EU.

However, the plan has been met with some skepticism from candidate countries, with leaders calling for more information on what it would entail.

Despite the long way to go, Ukraine’s candidate status was hailed as a “symbolic” and positive step for the country, and will bring it closer to the EU while negotiations are ongoing.

“As an EU candidate country, this is a symbolic thing in itself, but it also brings Ukraine closer to Europe, even in terms of the negotiation process, with the Commission and with the institutions,” says O’Shea.

“Obviously it gives them… a focal point and a point on the horizon where they can focus their efforts, in terms of eventually joining the EU at some point in the future.”

This work is co-funded by Journal Media and a grant program from the European Parliament. Any opinions or conclusions expressed in this work are those of the author. The European Parliament has no involvement or responsibility for the editorial content published by the project. For more information see here.