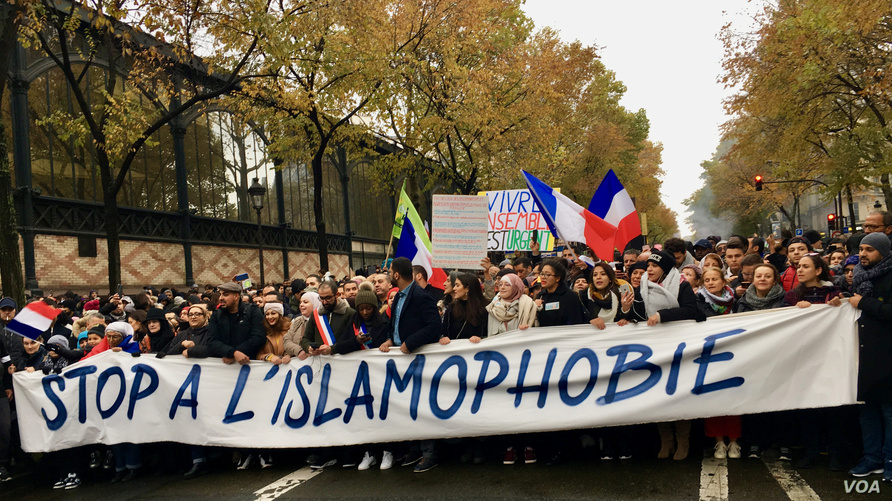 In mid-July, the Court of Justice of the European Union (CJEU) ruled that private employers in the EU can prohibit employees from wearing religious symbols, including headscarves, in order to present an image of ” political, philosophical and religious neutrality â€in the workplace. The verdict reaffirmed a 2017 CJEU ruling and highlights long-standing tensions over multiculturalism in Europe. In particular, this raises the question of whether there is a place for visibly Muslim women in European public life.

I have spent the last few months interviewing Muslim women, many of whom are citizens and residents of European countries, about their representation in the media and their perception of belonging to their country. While many have reported similar experiences of ostracism or harassment, European women, especially those who choose to wear the hijab (head covering), have told me over and over again: not to exist â€. The hijab is more than a religious symbol for those who wear it. Muslim women cover their hair by tradition, to maintain a link with their cultural heritage or for reasons of modesty. Several young European women I spoke to explained that they wore the hijab despite protests from their immigrant families, who did not want them to be subjected to undue scrutiny or discrimination at work.

But their choice comes at a high personal cost. The widespread misperception of the hijab as a symbol of a supposedly misogynistic Islamic culture has made women who wear one feel like faceless and nameless ‘victims’ who must be saved, instead of empowered individuals. make a personal decision. â€œIt’s frustrating because [the media] always brings out [sic] male family members, â€said one of them, Sama, in a message she sent me from Italy. “It’s like, ‘Did your father force you to make this choice that I made? the hijab. The problem, she says, is that â€œit’s never about the objective garment, it’s about what the garment symbolizes. [to them]. “

The recent decision of the CJEU resurfaces the tensions between the right to freedom of religion and the growing unease of Europeans with the visible face of Islam in the region. Article 9 of the European Convention on Human Rights sets the bar very high to limit the manifestation of freedom of religion. But the CJEU’s 2017 and 2021 judgments appear to give more weight to the concept of overall ‘neutrality’ and, in the case of its recent ruling, to the effect on others – a question that already weighs heavily in the mind. many Muslim women. Several women I spoke to described exhausting mental exercise before leaving home – what I call the “friendly enough” test. â€œMuslim women look at themselves in the mirror in the morning and say to themselves, ‘Do I sound friendly? Do I look accessible? ‘ Maha, a journalist, explained. And it’s not just the men that these women worry about judgment. Khadija, a young Franco-Algerian woman, confessed that she once stopped to put on lipstick before going to an interview for a babysitting job. â€œI told them I was wearing the hijab ahead of time. I don’t know why I did that, preparing them for me, â€she said. “I took out my lipstick and put it on so that [the mother] can see that I am French, [that] I am not a terrorist.

These psychological tensions underline the heartbreaking choice imposed on European Muslim women today between their faith and identity on the one hand, and their nationality on the other. While most European girls can dream of pursuing whatever career they want, Muslim girls in Europe face a demoralizing warning: “but you can’t wear the hijab”. In a post- # MeToo world where young women are increasingly being taught to empower themselves, Muslim women in Europe are held back by legislation and being told that their very appearance is problematic. Khadija went on to tell me that the experience of taking off her hijab for a job when she was 19 left her disparaged and ashamed. â€œIt made me feel like I was nothing,â€ she said. â€œI’m not like everyone else. I am a little lower. She went on to ask, rhetorically, “What gives you the right to do this?” “

Despite Europe’s displayed values â€‹â€‹of emancipation, freedom and self-sufficiency, the dearth of Muslim voices in the European public debate on the hijab leaves many young women with little hope that the conversation will change. In a blatant display of hypocrisy, some of the European politicians who denounce Islam as repressive, anti-feminist laws that threaten to deprive Muslim women of their free will. “Muslim women exist and have things to say when the subject concerns them,” Soumaya, 15, told me. “We are not objects, we think, we feel, we have free will, we are strong and intelligent and, above all, capable.” But, she said, â€œthe media don’t want to recognize it. That’s a shame.”

Rather than wondering if Islam is liberal enough to belong to Europe, the most relevant question today seems to be whether Europe is liberal enough to accept its Muslim female citizens – regardless of what they dress. – in public life. The debate will undoubtedly continue in European courts. In the meantime, the lives and livelihoods of the region’s female Muslim population are at stake. As one young woman resignedly told me, â€œI have to wait for a woman who does not wear the hijab or who ‘a man is fighting for me, because at the moment I do not exist. I am no one.”

Commentary can be downloaded here