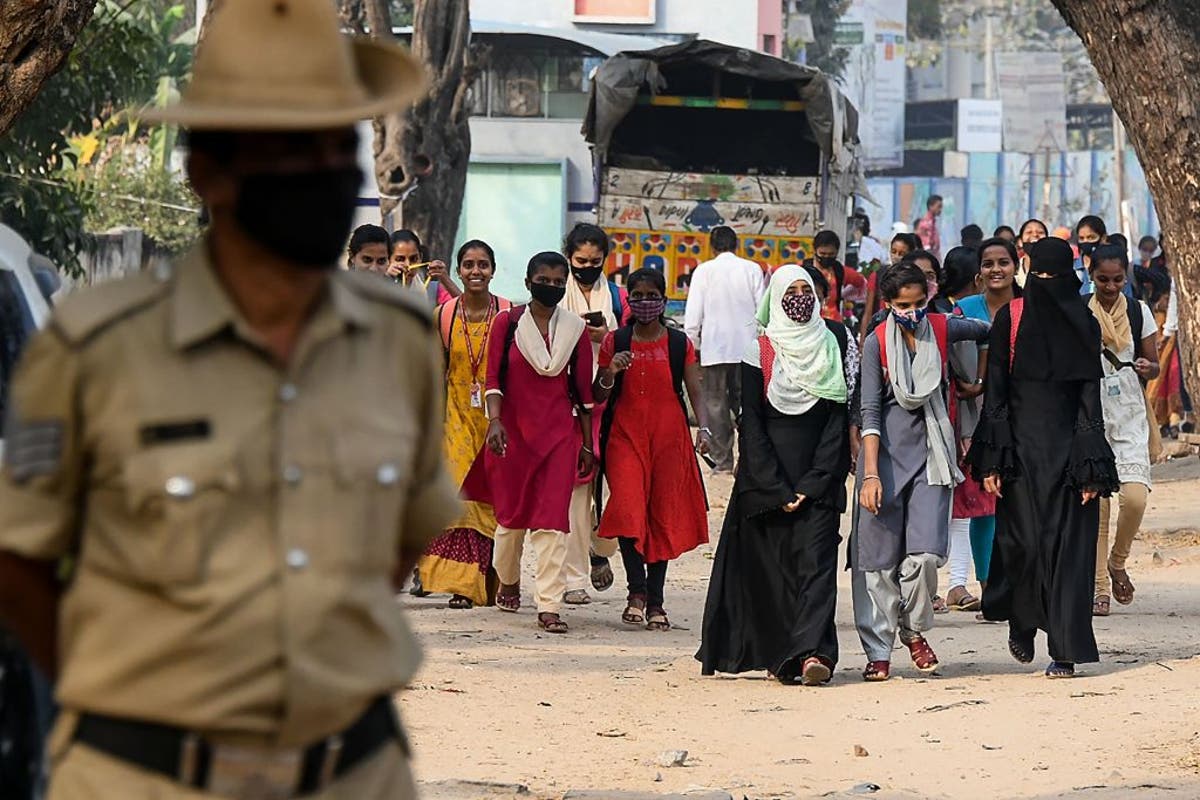 The hijab row is back – when will we stop controlling women’s choices?

It’s midnight and instead of sleeping I find myself obsessed with news about the hijab row in India – here’s a debate there on whether Muslim girls can wear hijab in schools and colleges , and wearing it has even been banned in some schools in southern India. I’ve also read about celebrities like Bella Hadid who have stood up for women’s right to wear the hijab without being persecuted, and about the French Senate’s vote to ban the hijab in sports competitions last month. Hijab news goes on and on.

I got emotional; it seems that no matter what we do as women, there will always be people trying to dictate our choices. It’s time people stopped watching what we wear and let us do it. I often find myself thinking about why I wear the hijab, its purpose, and why I have such a deep connection to it.

When I first wore the hijab, it was in eighth grade high school. Brimming with excitement to share this new chapter in my life with my classmates, I entered the classroom. But suddenly I could feel the curious eyes piercing me. That’s when someone approached me and said, “Oh wow, are you wearing a scarf now Faiza? Ah, you were so much better off without it.” I froze completely, responding with an anxious “OK.”

It wasn’t exactly what a teenager struggling with his looks wanted to hear. At the height of puberty, I had acne and knew I wasn’t the prettiest, so this comment hit hard. After putting on the hijab, I felt the pressures of society weigh on me; would I now be stereotyped and put in a box? I knew I looked different, but I didn’t realize those differences were something I needed to learn to love and embrace.

I would always have the same conversation with myself. “Why didn’t you put it on before high school, Faiza?” Now that I had put on the hijab, I felt like I was considered less beautiful than before wearing it because of society’s beauty standards. Back then, there were no cover girls wearing hijabs, no role models to look up to, and few Muslim voices were positively amplified in the media.

But that only motivated me to continue wearing the hijab and accepting it as it is. The hijab has become my light in the darkest days. It was time to rewrite the way the media saw me, to paint a picture of peace and not let a minority of people define what Islam or hijab stands for.

I struggled for the first few months of wearing the hijab and wasn’t sure if I should keep wearing it. It took me a while to realize that deep inside I felt a sense of emptiness without it. I found my love for the hijab through my mother. I was inspired by her resilience and courage. She’s an Afghan immigrant who makes her way through a country so far from home, but she hasn’t taken off her hijab despite society’s judgments, racism or ignorance.

The hijab gave her a peaceful connection to her faith, and I wanted to be a part of that too. My mother’s endless resistance encouraged me to wear the hijab with pride, reminding me to accept my differences and seek solace in the beauty of the hijab.

Eventually I found my peace wearing it. High school just got a whole lot easier, aside from some silly remarks that I’m sure a lot of women must have encountered. A boy came up to me in class and asked me how long my hair was long, while another asked me if I shower in it. Besides the obvious curiosity, I don’t let remarks bother me anymore. The hijab was and is, in a way, a relief experience for which I am truly grateful.

No one can dictate the choices I make. We will not tolerate racism or let it stop us from standing our ground. Now that the hijab row is back on, it’s time people stopped monitoring how women choose to dress. The hijab is my home and I won’t let anyone take it away from me.