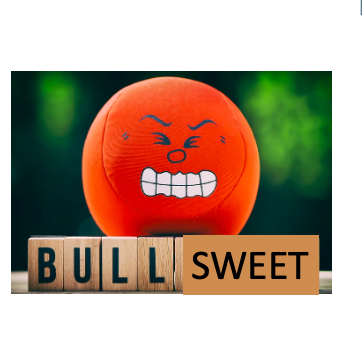 The French study on artificial sweeteners and cancer is “Le Bullsweet”

The world of chemical alerts is a bit like a perpetual horse race, usually with the same tired old horses – various chemicals – in the same race. Featured today in Race 5 at Oncology Downs in New Jersey is Packet of Cancer – a four-year-old thoroughbred filly who was the prohibitive favorite at 3-5. The horse, which was a 3-1 underdog just last week, has drawn serious bets following the publication of an article in PLOS Medicine about the association of two artificial sweeteners with cancer. The filly came out of the gate without looking back and won by seven lengths.

Here we go again. Yet another study in a seemingly endless collection of them, all about the harms of sugar substitutes. This time, Charlotte Debras and her colleagues at Sorbonne Paris Nord University have joined the race with “Artificial Sweeteners and Cancer Risk: Findings from the NutriNet-Santé Population-Based Cohort Study,” which purports to support the belief of long held that artificial sweeteners are bad. news. As usual, you should start digging your grave when you sip a Diet Coke, because you won’t need it for a long time.

Does this horse have legs? Let’s look. Warning: Before attempting to play a very long and detailed endurance exercise, I’ll do you a favor. Much of the article focuses on the study methodology, statistical analysis, and attempting to correct for a billion variables in the study populations. Feel free to read the thing (three of us did and our heads exploded), but it’s not necessary. The paper is mostly noise and its true message (or lack thereof) can be seen by focusing on some of the data from which the authors draw their conclusion.

More than 100,000 French adults were followed over a 12-year period during which this happened:

“Participants report all food and beverages consumed during main meals and other eating occasions, and they provide information on portion sizes via validated photographs or standard serving containers. Baseline dietary intakes were assessed by averaging all 24-hour dietary records provided during the first 2 years of follow-up (up to 15 records) Daily intakes of energy, alcohol, and macro- and micronutrients were assessed via the NutriNet food composition table -Health (providing the nutritional composition of approximately 3,500 items) The nutritional intakes of the mixed dishes were estimated according to the usual French recipes as defined by nutrition professionals. using basal metabolic rate and Goldberg’s threshold method, and excluded from analyses.

Let’s just ignore the complicated protocol and focus on the results, because if the results are invalid or inconclusive, the methodology is irrelevant.

To compare the effects between the groups, the characteristics of the participants before the study must be determined in advance. This is done (in excruciating detail) in Table 1 of the article: “Basic characteristics of the study population, NutriNet-Santé cohort, France, 2009-2021 (not = 102,865). The table is large enough to serve dinner for 100 people.

So, let’s expand on a few sections; there is questionable data (to put it mildly) in there.

The group was divided (according to self-reported data) into groups of people who do not use artificial substitutes (non-consumers, yellow, control group), and those who use little (low consumers, green) and many (Large consumers, red).

Right off the bat, the baseline difference in BMI is intriguing. Compared to non-drinkers (blue box), heavy drinkers (red box) had a 7.2% higher BMI – a small but significant number, especially when you see the magnitude of changes in cancer rates later on . Given that obesity is a known factor in the development of cancer, it is reasonable to wonder whether some, perhaps all, of the effects measured in the populations studied are simply a factor in the difference in BMI at baseline. Is this difference sufficient to invalidate the entire study? Hard to say.

Then there’s this: a look at the difference between the amount of sweetener used by small and large consumers. It’s a little.

This is where you can conclude that this is the “Le Trash paper”. (Table 2). The table takes up an entire page, so I again cut out the relevant sections.

As you can see, there is little or no difference in the rate of all cancers in the total artificial sweeteners group (red box), the aspartame group (blue box) or the acesulfame group -K (green box) (1). Yet the authors claim otherwise. Note that the claim of an increased number of cancers (HR 1.13, 13%) is based on a unique number in the whole chart, indicated by the yellow arrow. It is not only a unique number, but also a very small number.

Let’s look at a few issues. First, note that in the minimally fitted data (see below), higher consumers actually have a lower cancer risk than lower consumers (HR 1.19 for high, 1.26 for low). This is overlooked; instead, the figure 1.13 is used. It becomes even more confusing if you consider only in the same columnthe fewer consumers have a higher risk, although also insignificant – RR 1.14, 14%. It is obvious that these numbers are all the same.

Again, let’s look at the data.

The authors again distinguished a data point (red box/arrow) from the entire graph and managed to find something statistically significant: an association between aspartame and breast cancer when the non-drinking group is compared to the tall group consumer. Even so, the HR is quite low – 1.22 – a minimal effect, and it only shows up when the stats have been fully adjusted.

Data on acesulfame-K and total artificial sweetener consumption contradict this trend. Cancer incidence is not affected by total artificial sweetener consumption as a whole; acesulfame-K (if these numbers are to be taken seriously) appears to be protective against breast cancer, since heavy users are slightly less likely developing breast cancer in the minimally adjusted and fully adjusted groups. Do you believe all this?

What are the adjustments?

I ignored everything related to data fitting. This is because of the parameters that were used to make them:

There are more than a dozen parameters that have been taken into account in one way or another to make the data more reliable. Where were they? It’s quite common for authors of data-dredging papers to choose which factors to include in order to calculate the numbers to find something statistically significant. Why these variables? Are there other variables that, if included, would tip the delicate balance the other way? Who knows?

It has certainly already been done. Crappy epidemiology articles can be made to give just about any result you want just by choosing or omitting certain groups and applying one set of corrections instead of another. Did the Debras group play this same game? I have no idea. All I can say (to be nice) is that the evidence for the link between artificial sweeteners and cancers in this study is flimsy at best.

And a note from a chemist

There is a fundamental problem with the whole premise of the study – that artificial sweeteners are a single entity. All that aspartame, acesulfame-K and surculose have in common is that they are perceived as sweet by receptors in the tongue. Other than that, they are just three entirely different chemicals with different physical, chemical, and biological properties. Thus, any study comparing the carcinogenicity of aspartame to that of sucralose is automatically defective. There is no biological plausibility that sweetness, real or artificial, is in any way related to cancer.

Others are in preparation

Stay tuned. Next month, I’ll be covering the Endocrine Disruptor Contest at the BPA Arena in Akron. Right now, Tiny Testicles is a solid favorite at 3-2, but don’t overlook anogenital distance (4-1) from Phthalate Farms in Kentucky. He was awesome in the stretch recently.

(1) Sucralose was excluded from all analyzes because its use (or lack thereof) did not produce statistically significant results. It’s harmless too.