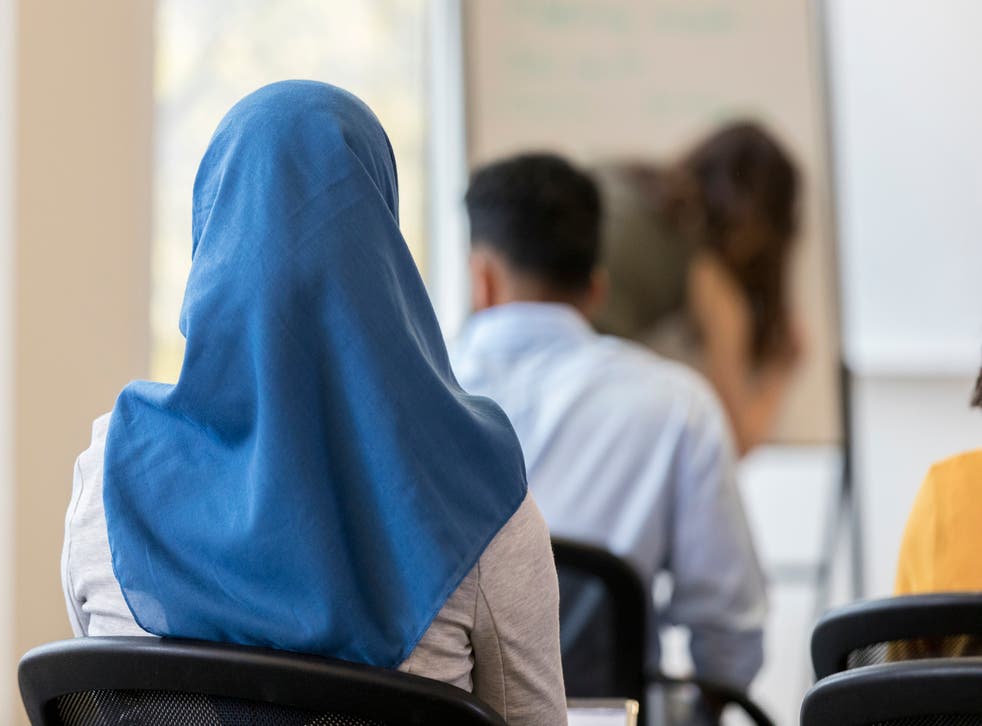 The EU and the hijab

Given my bitter, savage, repetitive and – if I may say so – eminently fair criticism of the European Union, I could easily forgive my readers for being skeptical when I claim to be a Europhile. This has certainly been the case with various friends, acquaintances and colleagues. The idea that I – someone who is as proud as possible to be of British history without being indecent – could harbor such a love for the continent can be a little hard to believe.

It is, however, quite true.

I just don’t make the big mistake of confusing Europe with the European Union. After all, it wasn’t the EU that made Europe the biggest continent on the planet. The stories, cultures and philosophies of our home far exceed those of anywhere else and have collectively given birth to the best societies in the world today.

So I hope you will allow me to explain why I am in mortal terror for this dear old place.

I’ll start with a picture on my desk. It shows a smiling woman of African descent accompanied by the captions â€œBeauty is in diversity like freedom is in a hijabâ€ and â€œWould it be boring if everyone looked the same? Celebrate diversity – respect the hijab ‘. At the bottom are four logos for the European Union, the European Council, something called â€œWe can for the human rights discourseâ€, and another which is a simple heart in which â€œNo Hateâ€ is written.

There is enough stuff to unpack here.

â€œBeauty is in diversityâ€ – well, no arguments here. But â€œfreedom in a hijabâ€ is a little harder to swallow. I don’t see how much freedom there is in a garment that women are often forced to wear (I said often, not always, before typing a thunderous denunciation), by social pressure in the West from their families and communities and by the law in certain countries whose law is taken from the Koran.

Moreover, I have heard the arguments of the left and of the apologists on this subject. They generally go along the lines of â€œThe hijab empowers womenâ€. How he empowers himself has never been adequately explained. Indeed, this argument seems to be so existentially redundant that we have gone from â€œThe hijab gives powerâ€ to â€œfreedom is in a hijabâ€. But I guess that’s the world we live in now – we’ve been looking through the looking glass for a long time. Trans women are now considered “real women”, and freedom is in the mandatory headgear.

Welcome to the 21st century The Western world.

I also dispute the following stanza. “Would it be boring if everyone looked the same?” “. Well, incredibly. But I don’t see that the way to stop everyone from looking alike is to make them all wear the same type of scarf. Case closed? Apparently not: â€œCelebrate diversity – respect the hijabâ€. Do you also think that the unspoken part of this statement is “or other”?

It should come as no surprise that the EU and European Council logos are on it, as both have done their utmost to convince Europeans that Islam is, in fact, perfectly fine, and maybe even better than anything the continent has seen before. What is a little confusing, however, are the other two labels: “We can for human rights discourse” (which I object to only in grammatical terms) and “No hate”.

I have noticed – and I suspect you have too – a tendency in any criticism of anything to do with minorities being referred to as â€œhateâ€. It is the miracle solution of the public debate, an instant knockout against there is no defense. Your argument is declared null and void because it comes from a place of alleged damage.

Of course, those who make such an accusation are probably aware (although I wouldn’t be willing to bet on it) that by calling criticism of Islam “hate” then they don’t have to. answer questions about the rights of Muslims and the LGBT community in the Muslim world. The Orwellian ability of the European left to hold conflicting ideas about supporting mass immigration from Islamic countries while championing LGBT rights and feminist causes is simply astounding. Yet anger is the usual port of call for the fanatic who dares not examine their own beliefs.

â€œHateâ€ is also used against those who have supported â€œfar rightâ€ political movements across the continent. This is where we start to swim in murky waters.

The fact that far-right factions are mushrooming in Europe is not because Italians, Germans and French suddenly thought that Hitler and Mussolini were, in fact, happy good guys who had the right one. kind of notions for the world. Of course, there will inevitably be a few true neo-Nazis, but they have been lurking in the political and social shadows since WWII and have so far never had a substantial political impact.

The rise of these groups is therefore not due to the fact that the real viles of the extreme right were suddenly able to convert masses of the population to their cause. What drives people to political extremes is the same as what drove people to the original Nazi Party – desperation.

If you are a European who has, in less than 20 years, seen an increase in the number of a distinct population in your country – in which a minority has committed terrorist attacks in the name of their common religion – it does not mean respecting your language, your culture, your history, your social norms, your sense of constitutional justice and the rule of law, as well as your traditions; well, you’re going to be a little skeptical of the â€œpeaceful inclusivenessâ€ of Islam.

Add to that the high-profile sexual assault cases against German and Swedish women by migrants, and the fact that the European authorities are not just saying that everything is fine, but that you have to – must – respect Islam and all its aspects that go with it, so where are you going?

You may also note that the image contains the phrase “for the discourse of human rights”. Aside from my grammatical issues with this, I think it is of the utmost importance to point out that “human rights talk” is not the same as “free speech”.

This, I am sure, is quite deliberate. Your freedom of speech, so critical of Islam, is now hate speech. The “human rights discourse” – it seems to me anyway – is what the political left and its Islamist allies approve. Your opinion does not matter.

I don’t want to see Europe sink into a new wave of fascism. But that will only be stopped by honesty, an end to European hypocrisy, and a few candid conversations about what is – and what is not – compatible with our deeply rooted traditions of liberal Western democracy.