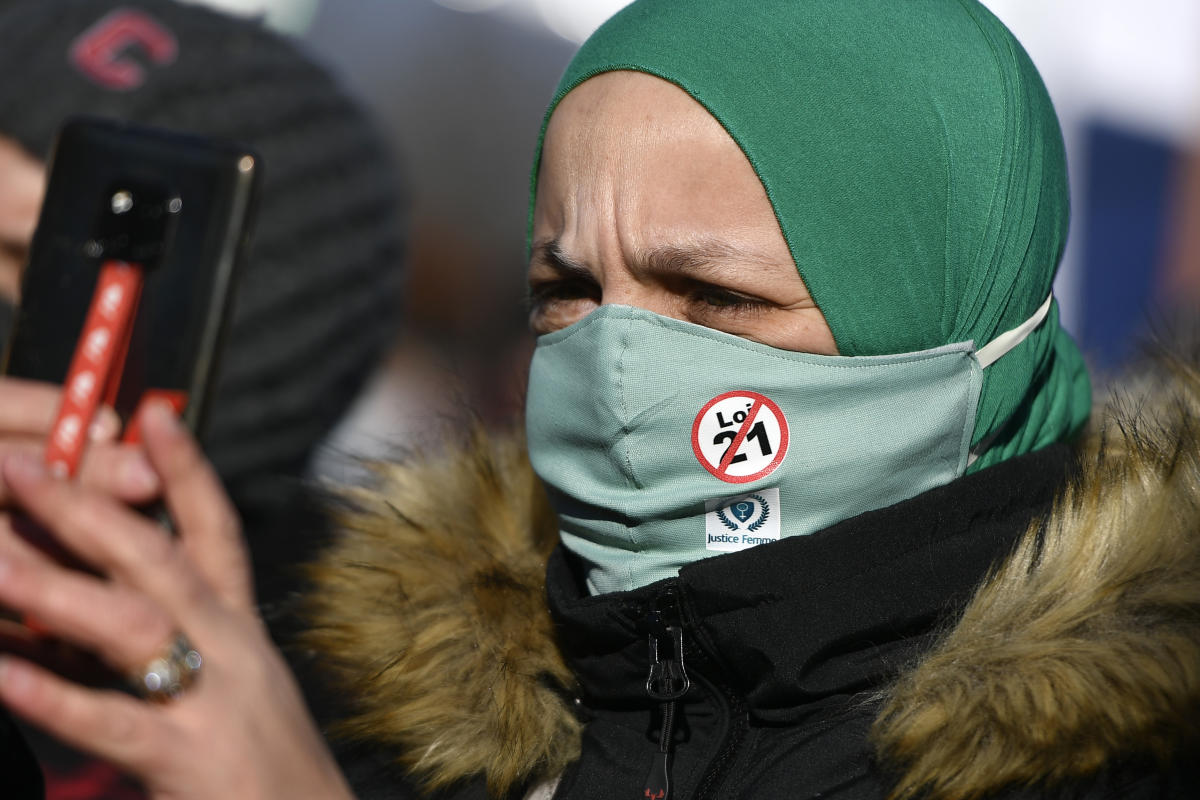 After a teacher in Chelsea, Quebec, was told she had to be dismissed for wearing a hijab, Canadians expressed concern and outrage.

Fatemeh Anvari was told she had to move out to a position outside the classroom of the elementary school in which she worked because of Bill 21, a Quebec law on secularism that prohibits certain officials from wearing religious symbols, such as the Anvari hijab.

Since its withdrawal, there was a heightened outcry citizens and politicians. Hundreds of people gathered to protest in Chelsea on Tuesday, expressing their support for Anvari. During this time, deputies, senators and city councilors were expressing their condemnation of the law.

While members of the Canadian Muslim community are frustrated by the news, they are less surprised.

It is shocking that Canadians are watching this incident and being surprised by it. This is exactly what we have been saying since the passage of Bill 21. We have said what the drastic effects of this could be, and unfortunately now we are seeing them.Fatema Abdalla, Communications Coordinator for the National Council of Canadian Muslims (NCCM)

“Across the country, Muslims across Canada are frustrated and disturbed by this bill, and want to do more and take more action,” she said.

The CNMC is asking the federal government to intervene in the legal challenge to Bill 21. Abdalla says they have not yet heard of this intervention.

At a recent press conference, Prime Minister Justin Trudeau noted that despite its opposition to the law, the government would not intervene. Trudeau said he wanted to avoid a jurisdictional battle between Ottawa and Quebec and that he would leave it to â€œQuebecers themselvesâ€ to plead the case.

Liberal MP Salma Zahid this week released a statement saying it was time for the federal government to step in: â€œTo date, the challenge has come from civil society. But as the party that brought the Charter of Rights and Freedoms to Canada, as a government that defends human rights around the world, we cannot allow the weight of this fight to be carried by civil society alone. .

What does the law mean for Muslims and other religious groups?

The law, known as Bill 21, is officially titled the â€œLaw on the Secularism of the State,â€ and it prohibits certain officials, including teachers, from wearing religious symbols for the purpose of enforcing the law. secularism of the state.

Abdalla said the CNMC has been fighting Bill 21 â€œfrom the day it was passedâ€ and has been engaged in an ongoing legal challenge to the bill since 2019. Together with the Canadian Civil Liberties Association (CCLA), they challenged the constitutionality of the bill.

At the same time, the groups were pushing for a temporary suspension of the law until it is considered by the courts. However, this request was rejected and the appeal process is ongoing.

Noa Mendelsohn Aviv, Director of the Equality Program at CCLA, spoke to Yahoo News Canada about the organization’s continued opposition to the law.

â€œThe damage that is occurring concerns both fundamental rights – the right to equality is limited, the right to dignity and of course freedom of religion,â€ Aviv said. She added that the law violates “arguably a whole host of other rights” in addition to these: “People’s livelihoods, professions and professional aspirations have been hampered because of who they are and because of the way they practice â€.

Aviv said when Bill 21 was “rushed through the National Assembly” in 2019, the CCLA filed its challenge within 24 hours.

â€œWhen we submitted the file, it was already clear to us that if people who wore religious symbols could not be hired in their profession or take a step forward in their profession, even those who had acquired rights, it would have a huge impact. on Muslim women, and potentially on others as well, such as religious Jewish men and women, Sikh men and women, â€she said.

“Excluded and humiliated and degraded”

During hearings at the end of last year, Aviv said many people had testified about how the law had already impacted their lives. These included financial impacts, compromised family stability, and emotional repercussions.

â€œOne person said they wanted to be a person who wears the hijab – wanting to be social, kind and caring themselves – and working with people who would understand that this could break down barriers. That people could see her, know her and understand her.

Some of the moving testimonies that were heard at the hearing came from women who spoke of feeling like second-class citizens, of feeling excluded, humiliated and degraded.

Masla Tahir is an activist in her final year of college, who is expected to enter law school next year. She founded the organization My Hijab My Right in response to laws restricting the clothing of Muslim women around the world, including in Belgium, France and Canada.

Tahir said Yahoo News that hearing about Anvari’s dismissal from his post created a feeling of “helplessness”.

â€œDespite our activism work or our community engagement work, the bill is still in place. The power really lies in the ability of the federal government to step in and stop this, or it’s going to be taken to court, â€she said.

Tahir said that even if the ongoing legal challenges arise, it could take years: â€œIn the meantime, it is Muslim women who are going to be negatively affected. She cited the economic impacts that disadvantage women, their families and their livelihoods.

She says recent events in Quebec and the existence of the law are particularly demoralizing in light of her own family’s perspective on arriving in Canada.

My mother specifically chose Canada for us to move in because she wanted to raise her daughters in a country where men and women had equal rights, where women had the same opportunity to thrive and achieve their dreams.Masla Tahir, founder of My Hijab My Right

“Knowing that Bill 21 exists and steals the dreams of Muslim women,” leaves her speechless.

Like Abdalla, Tahir is not surprised that Bill 21 has had an impact on Anvari’s life and the lives of other Quebec women, an outcome she has spoken of. But seeing the concerns she expressed be confirmed is no consolation.

“We knew something like this would happen, but it didn’t hurt any less.”