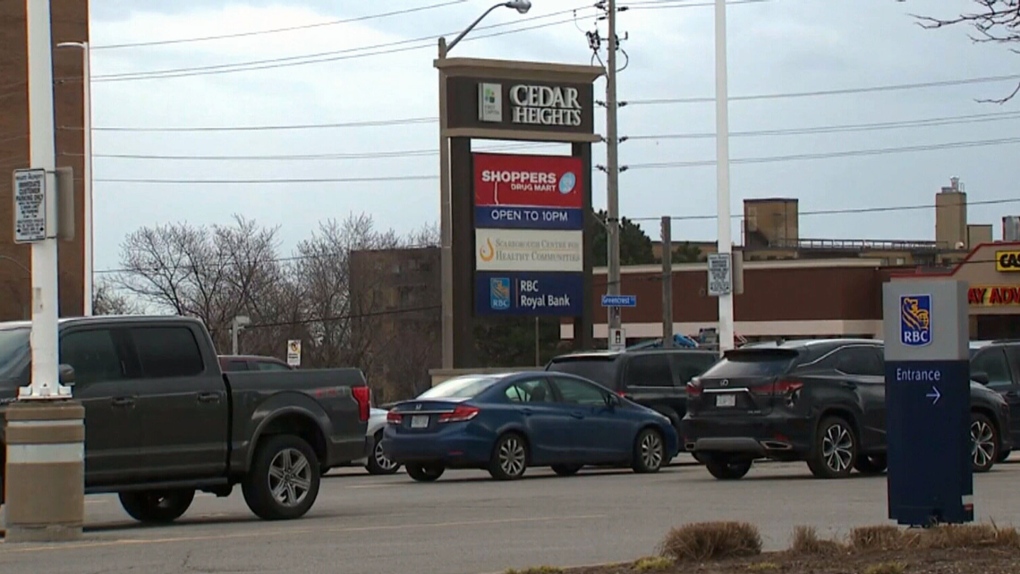 As Toronto police investigate the motive for a drive-by shooting that injured five men early Saturday morning, some members of Scarborough’s Muslim community are urging people to take extra precautions, but also to stay calm.

Muslims are currently celebrating the holy month of Ramadan. Police said after nightly prayers at the mosque, the five men gathered at Cedar Heights Plaza at Markham Road and Lawrence Avenue East to find a place to eat.

Police said they believe six shots were fired at the men around 1am.

Abdul Majid Bala, president of the Scarborough Muslim Cultural Centre, said he knew one of the men, who was seriously injured. He said he came to meet the center group before the shooting, which is two blocks away.

Bala said the man he knows was leading the prayers that night. He said more than five men had gathered, others from homes and other places.

He wants to know if the violence has anything to do with Islamophobia.

“We’re more interested in knowing why than who did it,” he told CTV News Toronto on Monday.

However, it’s a different feeling at the Scarborough Muslim Association, also in the neighborhood.

Secretary Yusuf Ingar told CTV News Toronto that he has spoken with the families of the victims. He doesn’t want people in the community to be scared or panicked.

“We have no reason to believe this was a hate crime at this point,” Ingar said in a statement. “We believe it is absolutely essential that the suspect(s) be apprehended before we can begin to heal as a community.”

Police said they were reviewing and gathering CCTV, and the reason for the shooting is still under investigation.

“Just to be on the safe side, we notified the Hate Crimes Unit, just to marshal more investigative resources. We don’t know what the motive for the shooting was,” Const. David Hopkinson said Monday.

Police said a car drove north on Markham Road after the shooting.

Hanzlah Khan is the Imam Administrator of Jaame Masjid Scarborough, which is opposite where the shooting took place. He said he spoke with one of the victims’ fathers who told him he was grateful his son was alive.

He said leaders had spoken with the congregation to condemn gun violence.

“For sure our community was surprised and hurt by this,” he said. “We told them to be very careful when they go out and not to wander.”