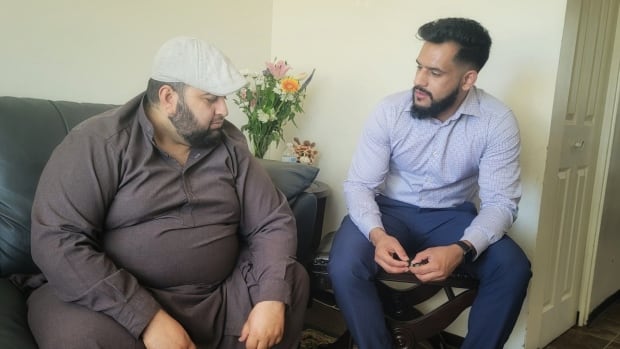 Saskatchewan members. Muslim community says we must all work to curb hate in wake of attacks

Members of Saskatchewan’s Muslim community are calling for more action in the wake of Islamophobic attacks in Ontario, Alberta and Saskatchewan this month.

“There are so many good people working so hard to build this safe community, to build this narrative that we are all safe here – and yet we see another attack,” said Ali Ahmad of Saskatoon. “What more do we need to do to prevent this from happening? »

Ahmad is the Director of Social and Cultural Affairs for the Pakistan Canada Cultural Association in Saskatoon. He started helping organize a Saskatoon march against Islamophobia after a brutal attack in London, Ont., earlier this month. The vehicle attack, which police say was premeditated and motivated by hatred, killed members of three generations of a single Muslim family.

He said the attack had sent communities across the country both in mourning and in a state of fear. He wanted to address the growing concern that it was no longer safe for Muslims to walk outside.

Then, a few days before the rally, a white man attacked two young hijab-wearing women as they walked in St. Albert, Alberta. The man knocked out one woman and stabbed the second.

Then, on the morning of the rally, Ahmad was shocked to learn that his own friend Muhammad Kashif had been attacked while walking near his home in Saskatoon.

Kashif said he was stabbed, beaten and had his beard cut early Friday morning while out for a walk. He said his attackers told him, “We don’t like that you are a Muslim, why are you wearing that dress?”

Ahmad said the attack so close to home had strengthened his resolve to do more and the response to the rally against Islamophobia was heartening amid such dark overtones.

“The support we got from the community was overwhelming,” he said.

“That was the message of the march: to make our people aware that we are safe and to make other communities aware that we belong here. Hate does not exist.”

He said it will take a community effort to counter an anti-Islamic narrative that has raged over the past two decades.

“Just because we haven’t done enough in the past doesn’t mean we have to stop doing it now or that we can’t do enough in the future,” he said.

Daniel Kuhlen agrees that more action is needed, especially from white people like him who are not targeted by this violence. He has worked with the Islamic Association of Saskatchewan since 1991.

“I think some people feel paralyzed by the enormity of the challenge,” Kuhlen said. “So what are these people doing? We educate ourselves. We stand in solidarity with people who are hurting. We speak out against injustice.”

Kuhlen said white people need to stop being afraid to speak to family members, friends and co-workers who crack racist jokes or make “breathy” remarks about skin color or choice of someone’s clothes.

“You just have to say, ‘hey, it was never OK and it’s definitely not OK now.’ These types of attitudes cause real harm.”

He said the latest attacks come as no big surprise, as hateful rhetoric has grown in recent years across pundits, politicians and the internet.

“I have to call it what it is. It’s hatred of white supremacy and it finds expression through some people who now feel emboldened to act violently,” Kuhlen said. “This should concern all Canadians.”

Kuhlen said workplace leaders and politicians must condemn division and racism, but they must go beyond words.

He wants those who commit such heinous acts to be held accountable to the fullest extent possible and those harmed to be compensated.

He said there might be clearer ways to achieve this. For example, he said there are barriers to relying on the provisions of the Canadian Criminal Code to deal with things like hate speech.

“Proving the intent required to secure a criminal conviction is very difficult to do.” He said stronger counseling with provincial human rights commissions could provide better recourse for victims.

Kuhlen also called for better regulation of hate speech on the internet, which has become an incubator of hate.

Despite the recent spate of attacks on members of the Muslim community, Kuhlen said there is still hope as long as people act.

“If all we do is engage in a pleasant feeling, nothing will change.”