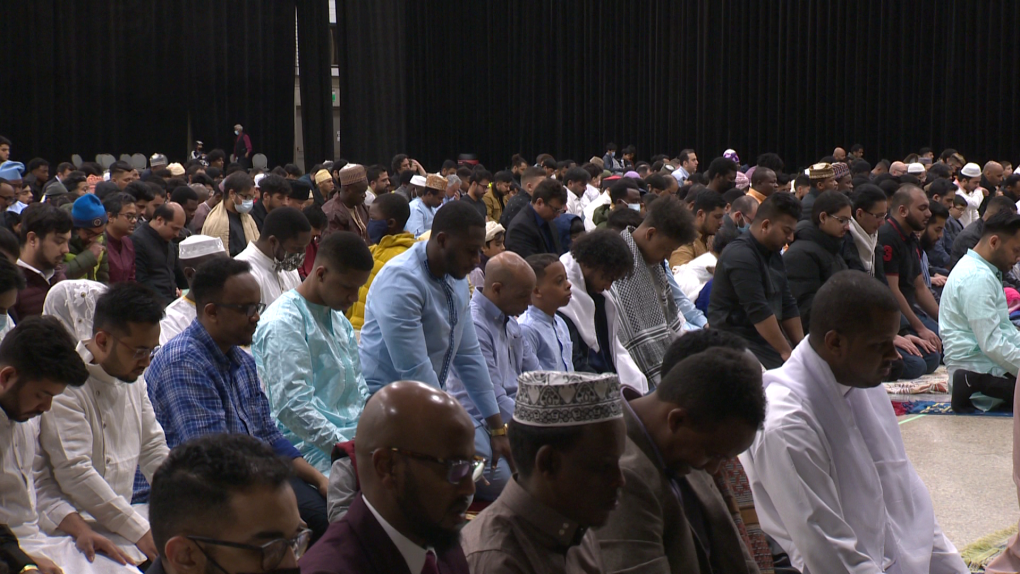 For the first time since the start of the pandemic, Muslims in Manitoba were able to gather in person and celebrate Eid al-Fitr.

The event marks the end of the holy month of Ramadan, during which Muslims fast from dawn to sunset and participate in prayer and reflection.

To celebrate Eid al-Fitr, about 10,000 people descended on the RBC Convention Center on Monday morning to pray and be with others.

Ruheen Aziz, vice-president and treasurer of the Islamic Association of Manitoba, said it was the equivalent of Christmas for them.

“During the pandemic, we weren’t able to organize big events like this. It certainly had an effect on family, friends and the community. But we are happy to bring everyone under one roof to celebrate the end of Ramadan,” Aziz said.

She said that as part of the celebrations, people take part in prayer, feasting and spending time with family and friends.

Aziz added that not being able to celebrate in person for the past two years has had a real impact on the mental health of members of the Muslim community.

“The last two years have been difficult. There hasn’t been as much gathering, of course, due to the pandemic. But, we are delighted, we had a very good Ramadan. The community was able to meet in mosques, meet in other people’s homes, eat together, have lunch together. So it has been a very good Ramadan.

Aziz said the association was surprised at how many people showed up to celebrate this year, adding that there were a lot of new faces in the community.

Aziz hopes new families in Manitoba and Canada enjoyed the celebrations, saying the association’s goal is to welcome everyone under one roof.