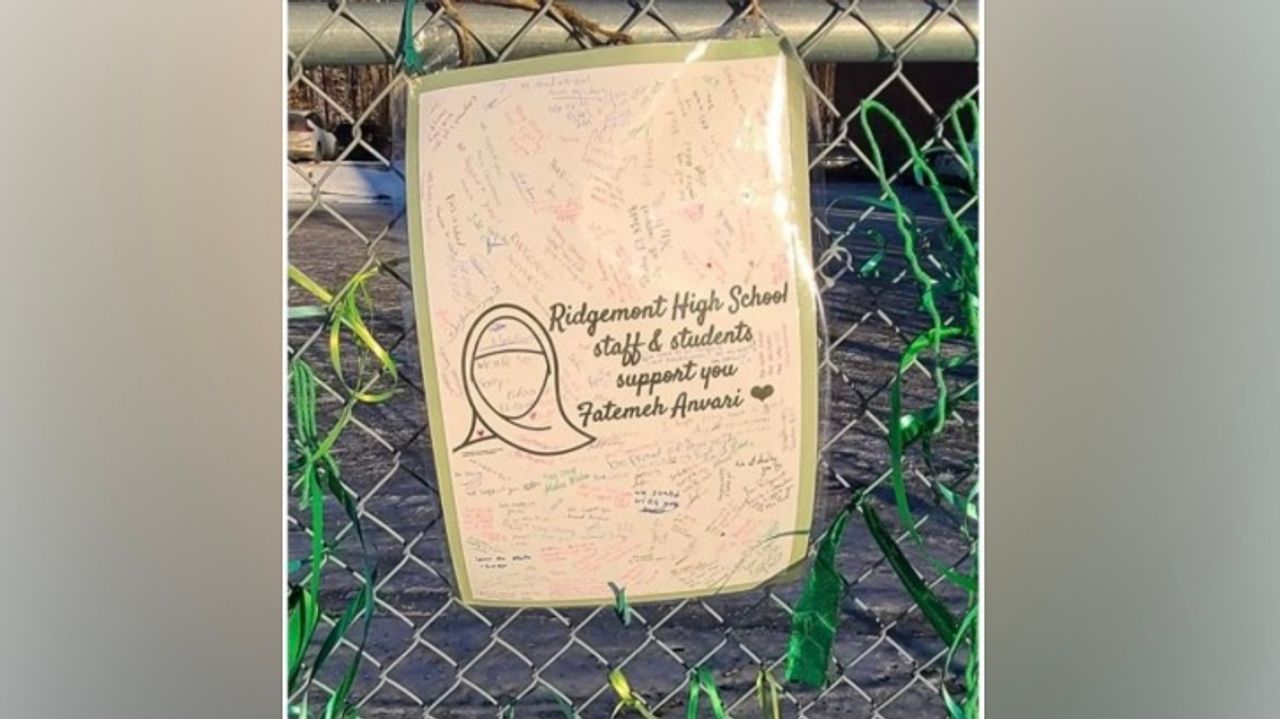 A third-grade teacher at an elementary school in Chelsea, a small town in Quebec on the border with Ontario, was pulled from her class earlier this month because she wears a hijab, an Islamic headscarf that covers his head but not his face.

This discriminatory act, which jeopardizes a teacher’s career because of her personal religious choices, is a serious violation of democratic rights. It underlines the reactionary and chauvinistic nature of the law on the â€œsecularism of the stateâ€ of the government of the Coalition Avenir QuÃ©bec (CAQ), or Bill 21 as it is popularly called. The immediate repeal of this reactionary and Islamophobic legislation must be demanded by all conscious workers.

In 2019, FranÃ§ois Legault, Premier of Quebec and former multimillionaire CEO, passed Bill 21, which prohibits public sector employees, including elementary and secondary teachers, who are “in a position of authority. Â»To wear religious symbols. Its intention was to limit or prohibit the religious practices of Muslim, Jewish, Sikh and other minorities, while allowing the Roman Catholic religion to continue to benefit effectively from official sanction within the framework of the “historical heritage of French Canadians. In the words oft repeated. Premier of Quebec Legault.

Bill 21 also demanded that public services, including health care, be provided and received “with their face uncovered,” an explicit attack on the tiny minority of Muslim women in Quebec who wear the full veil.

The targeted teacher, Fatemeh Anvari, had been in office since October 25 this year after serving for more than a year as a substitute teacher. On December 3, the Western Quebec School Board (WQSB) informed parents of the decision to remove Anvari from her class at Chelsea Elementary School. According to WQSB Interim President Wayne Daly, the board had no choice but to remove Anvari from teaching and reassign her to administrative duties, as she violated Law 21 by wearing a hijab.

In November, the Quebec Court of Appeal refused to suspend the application of the law to English-language school boards pending the outcome of an appeal by the Quebec attorney general. The appeal challenges the decision of the Superior Court of Quebec last April that Bill 21 does not apply to English-language school boards in Quebec, on the grounds that the Canadian Constitution protects their right to exercise some control over education in their language.

The decision to remove Anvari from its class highlights the true objectives of Bill 21, which are to promote hatred and prejudice against immigrants and religious minorities in order to divide the working class and distract from the mainstream. real cause of the huge social crisis that is currently raging. society – the capitalist profit system.

The feeding of Islamophobia and other prejudices by the ruling class also serves to justify the wars of US imperialism, backed by Canadian imperialism, in the Middle East and Central Asia, as well as the repressive measures introduced. in the name of the â€œwar on terrorâ€. . “

But Bill 21 is not simply the isolated act of a particularly chauvinistic and reactionary government. From the Bouchard-Taylor Commission mandated by the Liberal Charest government in 2007 to the alleged excesses of â€œreasonable accommodationâ€ for minorities, the entire Quebec political establishment paved the way for Legault’s Bill 21.

The CAQ law was largely inspired by the Quebec Charter of Values â€‹â€‹tabled by the government of the Parti QuÃ©bÃ©cois (PQ) led by Pauline Marois in 2013 and Bill 62 of the Liberal Party of Quebec, which in 2018 introduced a legal ban on give or receive public services in the face. covered.

The reactions of the political establishment to the Chelsea incident show that this shift towards â€œQuebec firstâ€ chauvinism has only accelerated. In response to Anvari’s impeachment, PQ parliamentary spokesperson on secularism and former acting party leader Pascal BÃ©rubÃ© said his party supports Bill 21 because it is “necessary”. In a heinous move, he blamed Anvari, stating without any evidence that she wanted to “make a political statement” while wearing the hijab and that she had to “choose between her job and her religion”.

For its part, Quebec Solidaire (QS) – which legitimized the chauvinistic campaign on â€œexcessiveâ€ accommodation while supporting the antidemocratic recommendation of the Bouchard-Taylor Commission to restrict the religious rights of state employees in positions of authority – hardly opposed Anvari’s proposal for dismissal. QS criticized the move only for pragmatic reasons (i.e., stating that it would exacerbate “staff shortages” in schools) and never said a word about the xenophobic nature of Bill 21.

QuÃ©bec solidaire, which presents itself as a “left” party, announced at its “pre-electoral” congress at the end of November that it would not make its “opposition” to Bill 21 an issue in the electoral campaign planned for the ‘next year. A QS government would not repeal Bill 21 but would only make unspecified changes, the party leadership said.

At the federal level, both the ruling Liberals and the New Social Democrats (NDP) have responded to Anvari’s dismissal from the classroom with verbal condemnations of Bill 21, which they see as flouting politics. of “multiculturalism” which has become a key element of the Canadian nationalist ideology promoted by the federal state.

Canadian Prime Minister Justin Trudeau said: â€œNo one in Canada should ever lose their job because of what they wear or because of their religious beliefs. But in an effort to maintain good relations with the right-wing CAQ government, Trudeau has so far opposed federal support for a legal challenge to Bill 21, although he has left the door. open to such a possibility, as he reiterated after Anvari’s discriminatory ruling the kidnapping became public.

Trudeau’s â€œoppositionâ€ to Bill 21 under the pretext of promoting democracy is utterly hypocritical. His six years in power were marked by a drastic increase in military spending, increased Canadian participation in neocolonial wars in the Middle East, complicity in the Trump administration’s witch hunt against immigrants and the deportation of many. record number of refugees amid COVID-19 pandemic.

Bill 21 has generated some unease among the judiciary, but it is overshadowed by their powerlessness due to the inherently undemocratic nature of the Canadian constitution, notably as revised following its repatriation in 1982.

In the original decision of the Superior Court of Quebec rendered on April 21, 2021, Justice Marc-AndrÃ© Blanchard noted that Bill 21 “sends the message that people who exercise their faith do not deserve to participate fully in society. from Quebec â€; that it â€œdehumanizeâ€ people who wear religious symbols; and target Muslim women, who are a particularly vulnerable group in society (and who have suffered an increase in insults and harassment since the bill became law).

Although he pointed out several of the discriminatory elements of Bill 21, Justice Blanchard ruled that he did not have the power to modify it because the government of Quebec invoked the notwithstanding clause. This clause is a mechanism in the Canadian Constitution to ensure that a law cannot be overturned by the courts, even if it violates fundamental rights “guaranteed” by the Canadian Charter of Rights and Freedoms.

Under the conditions of a deep crisis of world capitalism, the ruling class seeks to prevent the unification of the international working class in a common struggle against austerity and increased exploitation. Around the world, from Biden, who jails thousands of immigrants in camps on the border with Mexico, to the neofascist AfD in Germany, which dictates the government’s anti-refugee policies, the ruling elite is openly turning its eyes on , as it did in the 1930s, to chauvinism, xenophobia and racism.

Legault responded to the critics by asserting that Bill 21 is “reasonable” and reflects the “choice” of the people of Quebec for a secular state. These claims are totally fraudulent.

As noted by several teachers who have spoken out on social media in favor of Anvari, most schools in Quebec are currently preparing to celebrate Christmas, including performances featuring biblical characters and religious-themed songs. . Moreover, they do so with the greatest indifference or with the tacit support of the authorities responsible for guaranteeing the â€œsecular character of the stateâ€.

In the name of preserving the â€œcultural heritage of Quebecâ€, Bill 21 protects many Roman Catholic symbols, including Catholic-inspired place names and crucifixes on the walls of hospitals and schools. The government continues to fund private religious schools, which are predominantly Catholic.

The victimization of Anvari has sparked widespread public anger and outrage, starting with students at Chelsea Primary School, parents and other teachers. Many tied green ribbons and words of appreciation to a fence near the school to show solidarity with Anvari, who has been hailed as a dedicated and very competent teacher.

One father summed up the impact on the community, saying he was â€œashamed that this has happened in our school. How are we going to explain this to our children? To support his teacher, a student in Anvari’s class drew a card on which he wrote â€œUnjustâ€. Acting school board president Daly said he was inundated with calls and emails, with the vast majority opposing the teacher’s impeachment.

The only social force capable of defending democratic rights is the working class. To accomplish this essential task, workers in Canada, French and English, immigrants and First Nations, must mobilize their forces in an independent political movement against the root cause of the chauvinistic attacks on minorities, the profit system.