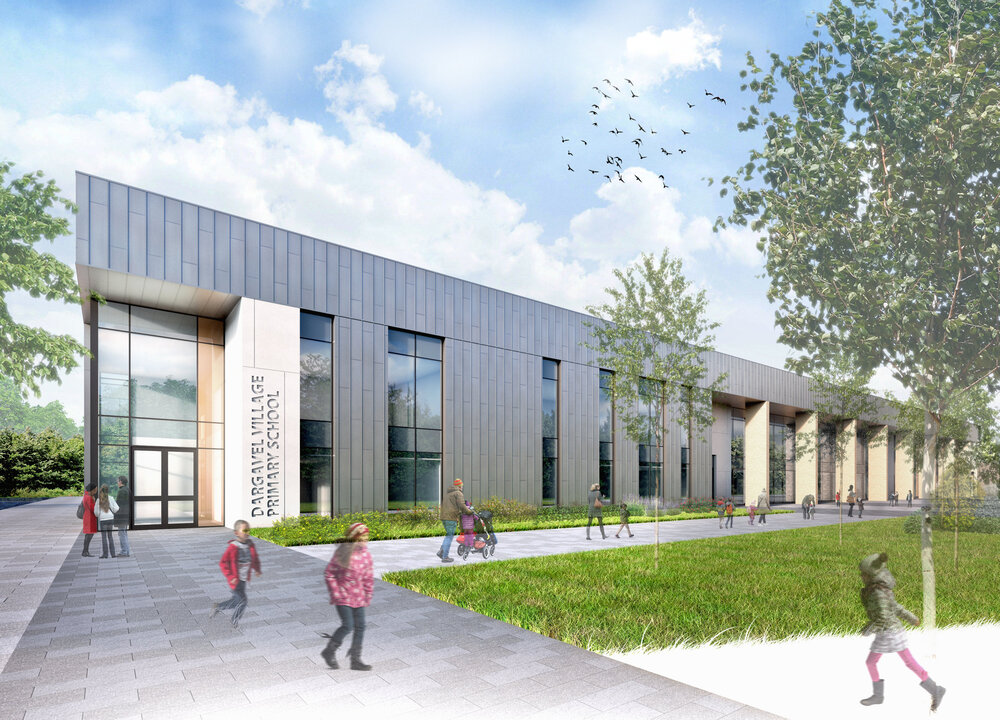 A clumsy board that built a school “too small” may have to pay millions to fix the mistake.

Dargavel Primary School in Bishopton, Renfrewshire, Scotland, was designed for 430 pupils, but revised projections show it will need to accommodate 1,100 children.

Council leaders have apologized for the ‘mistake’ and are now preparing to bring in portacabins next year to retain pupils at a cost of £2million.

Parents had apparently warned that the new school, which opened in January, would not be big enough.

In a letter to parents, Steven Quinn, director of children’s services at Renfrewshire Council, told them they were sorry.

He said the calculation used at the time “identified that the new school list would not exceed 430 students”.

Quinn said, “It became clear after a higher than expected number of admissions this school year, the initial projection would be significantly lower than what will be needed in future years.”

Quinn said their new “robust” projection “identifies the need to support a peak of approximately 1,100 students as the village of Dargavel grows over the next decade.”

He added: “I am puzzled as to how a ‘mistake’ can be made in building a school.

Katy Clark, Scottish Labor MSP for the West of Scotland, said she was “flabbergasted” it took the council five years to flag the issue.

Conservative MSP Russell Findlay added: ‘For the council to get these base sums so spectacularly wrong is embarrassing.

Quinn said a full review would be carried out in the circumstances and the board would release its findings.

The £18million school building opened this year after being delayed three times.

It is part of the privately funded Dargavel Village, a multi-million pound development to build 4,000 new homes on the site of a former Royal Ordnance Factory by 2034.

As part of the agreement with the council, BAE Systems paid for the new school.

But because they built it to specifications given to them by the council, their obligations under what is known as the Article 75 agreement are now fulfilled.

This means taxpayers will have to foot the bill to improve the school.