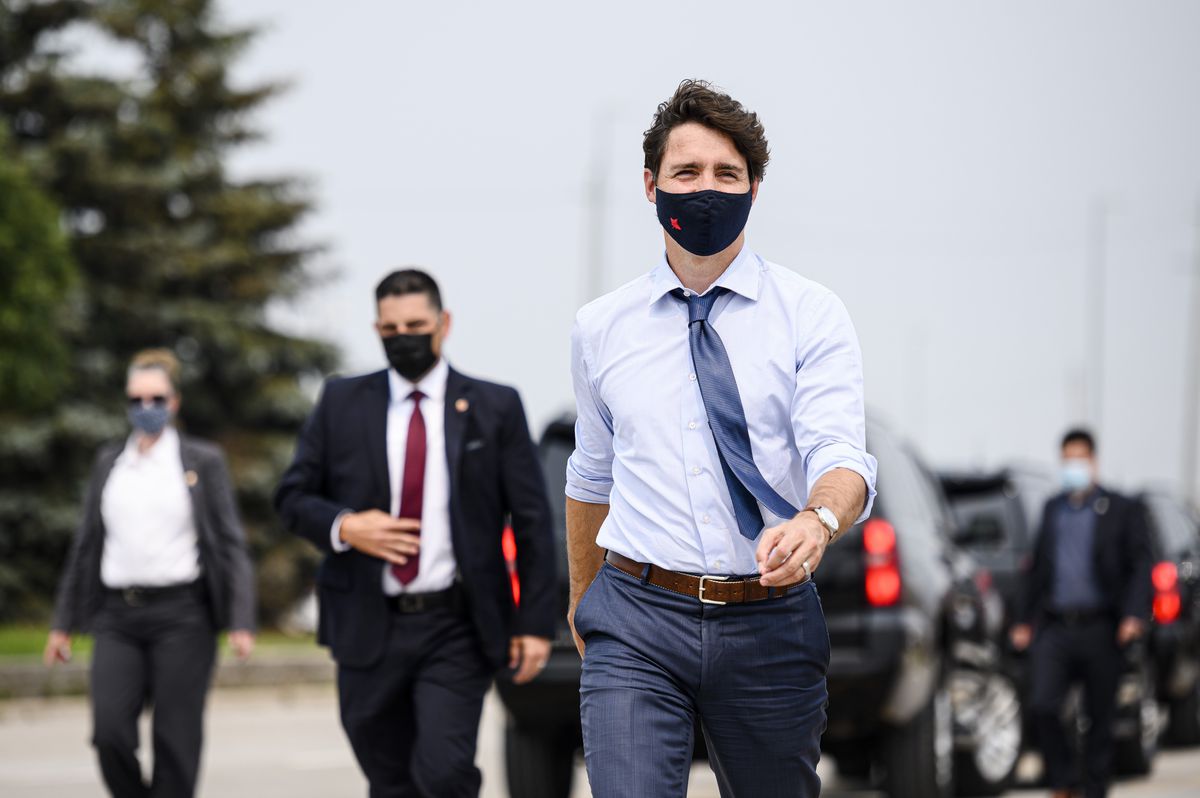 This is the daily Politics Briefing newsletter, written by Ian Bailey. Menaka Raman-Wilms replaces today. It is available exclusively to our digital subscribers. If you read this on the web, subscribers can subscribe to the Politics newsletter and over 20 more on our newsletter signup page. Do you have any comments? Tell us what you think.

Prime Minister Justin Trudeau condemned hatred towards Muslims at Thursday’s national summit on Islamophobia and pledged that his government would continue to take action to “eradicate hatred.”

Thursday’s virtual event brought together government ministers and leaders from the Muslim community to discuss how to tackle the recent rise in Islamophobia in Canada. It comes weeks after a man deliberately drove into a Muslim family in London, Ont, killing four people and injuring a child, as well as further attacks on Muslims in Hamilton, Ont., And near ‘Edmonton.

The summit comes a day after another event focused on anti-Semitism. Both events are part of the government’s anti-racist strategy.

â€œRight now we have to fight for the kind of Canada we all want to see. A place where we celebrate diversity, where we stand together, where we take care of each other, â€Trudeau said at the summit. â€œIt is the promise that our country must work hard to be up to the task. Because too many times and for too many people this promise has been broken.

Mr. Trudeau was joined by Bardish Chagger, Minister of Diversity and Inclusion, and Omar Alghabra, Minister of Transport, both of whom spoke at the opening session.

Even as the event began, the comments section of the Facebook livestream saw hateful and discriminatory remarks against the Muslim community. These messages prompted Ontario Senator Salma Ataullahjan to respond on Twitter.

â€œThe #Islamophobiasummit has barely started and the comments are already filled with hate,â€ she tweeted above screenshots of some of the responses. â€œI am horrified – but not surprised – by the ongoing #hate speech being spewed against Muslim Canadians. “

THE TITLES OF THE DAY

OPPOSITION LEADERS WANT TO SPEAK AT SUMMIT ON ANTISEMITISM – Prime Minister Justin trudeau pledged support for the Jewish community in the face of rising hate crimes at his government’s National Anti-Semitism Summit, but other federal party leaders have expressed frustration that they were not invited to speak at the event.

HALIFAX SECURITY FORUM TO BE HELD IN TAIWAN – The annual Halifax Defense and Security Forum is scheduled for Taipei in January next year. The conference had previously drawn Beijing’s ire for congratulating the Taiwanese president, and the event in Taipei will take place a few weeks before the 2022 Winter Olympics in China.

PAUL SAYS ‘A SMALL GROUP’ BEHIND THE GREEN PARTY’S LEGAL CASE AGAINST HER – Green Party leader Annamie Paul has said her own party’s legal challenge is the work of a “small group” of outgoing cadres. Ms Paul dodged further questions about court proceedings when her campaign office opened in Toronto Center on Thursday morning.

The Prime Minister spoke at the National Summit on Islamophobia in early Thursday afternoon.

Bloc QuÃ©bÃ©cois leader Yves-FranÃ§ois Blanchet visited small businesses in western Quebec this morning. He then had lunch with the mayors of the TÃ©miscamingue region of the province.

Conservative Party Leader Erin O’Toole is in Ottawa this week.

NDP Leader Jagmeet Singh will be in Montreal tonight to participate in the federal nomination assembly of the Outremont NDP for Ãˆve PÃ©clet.

John Ibbitson (The Globe and Mail) on how the Canada-U.S. border may be reopening, but relations between the countries are far from normal: “During the COVID-19 pandemic, Americans once again showed ingenuity in developing vaccines that now protect millions of people around the world, including millions of Canadians. But around this time, we also saw the collapse of America. “

Konrad Yakabuski (The Globe and Mail) on how Mark Carney said ‘no’ to the Rubber Group Tour, once again: “The next federal campaign, with the Liberals leading in the polls but not assured of a majority, could be Prime Minister Justin Trudeau’s last as Liberal leader. But to succeed him would require a full commitment to working in the political trenches that Mr Carney always seems reluctant or unable to do. “

The Globe and Mail Editorial Board on why Toronto’s parks are not a place to house the homeless: â€œThe legitimate concerns of homeless people about COVID-19 can be resolved, and much of it has been. Last October, there was no longer any reason to allow many of central Toronto’s rare green spaces to become camps, and today that is more true than ever.

Chris Selley (Citizen of Ottawa) on why bilingualism is the enemy of Ottawa’s inclusion program: “If Justin Trudeau had been able to find a suitable candidate for Rideau Hall, fully qualified, Indigenous and fluent in both English and French, he would have jumped at the chance. He could have simultaneously reinforced his reconciliation and his bilingualism in good faith and saved himself a fairly significant headache in the francophone media.

Send along your political questions and we will seek answers to disseminate in this newsletter. It is not possible to respond to each person personally. Questions and answers will be edited for length and clarity.