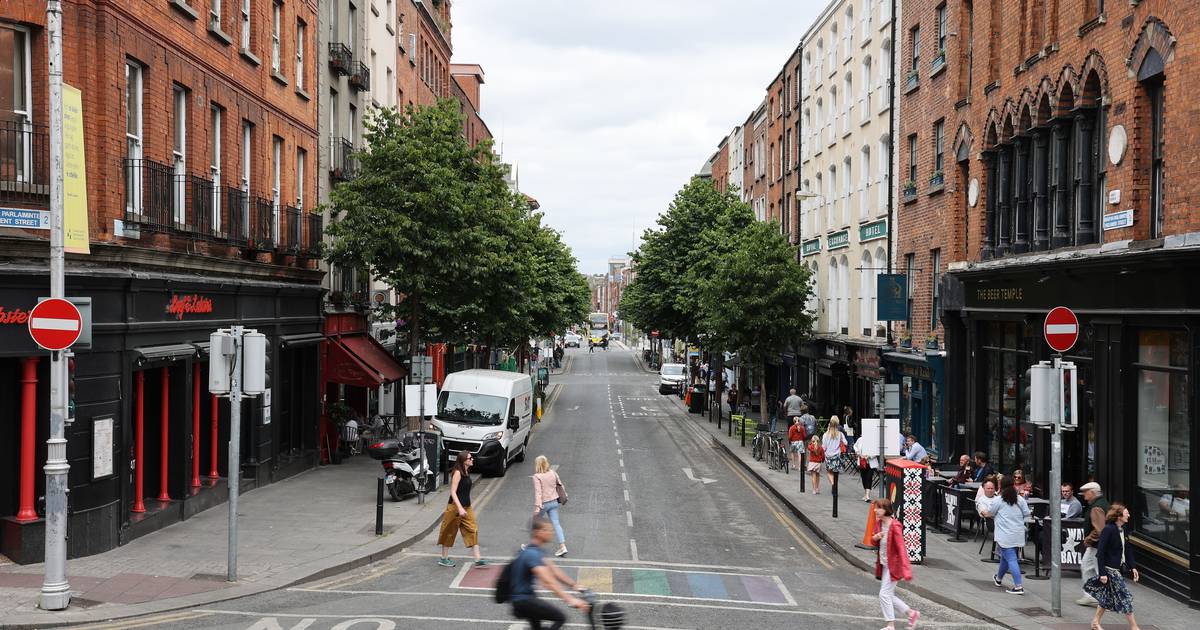 Removing traffic from Dublin’s Parliament Street will not jeopardize plans for BusConnects or the creation of a Civic Plaza on College Green, City Council engineers have said.

The council is considering three options to reduce or eliminate traffic on Parliament Street, following the successful removal of cars from Capel Street, across the Liffey.

Two of these options would allow buses to remain on the street, but a third would make Parliament Street “traffic-free”.

Councilors widely welcomed plans to block cars on Parliament Street on Monday, but several raised concerns at a meeting of Dublin City Council over stopping buses from using the street.

Independent councilor Pat Dunne said council should be “extremely careful” about any changes to Parliament Street which could affect College Green, which the council is considering developing as a civic square.

Previous plans to pedestrianize College Green “ran into opposition from Dublin buses”, Mr Dunne said. “Parliament Street was to be the street that would lead most buses south. I think we have to wait and see what happens with the College Green consultation before we make any decisions about Parliament Street.

The council’s lead executive engineer, Claire French, said revisions to Project BusConnects, the National Transport Authority’s plan to improve bus services in Irish cities, meant that “Parliament Street will no longer be the route alternative for buses to College Green” but would “only be a minor local route”.

The council would engage with the National Transport Authority on the proposals and how buses could be rerouted, she said, ‘but it will not interfere with College Green or BusConnects plans’ .

A through road on Essex Street, west to east, would be kept open to traffic to allow access to disabled bays, Dolphin House District Court, the Clarence Hotel, and deliveries and resident access.

This option would be most similar to Capel Street where the majority of the street is traffic free, but is bisected by the Luas line and traffic at Abbey Street and ends at Strand Street.

Another option would be to reduce the street to one traffic lane: the sidewalk could be extended on each side by approximately one meter and the roadway reduced to one lane, with some set-back loading docks provided. This is seen as the least likely as the curvature of the road may mean it would not be suitable for a footpath extension without “significant civil works”, the council said.