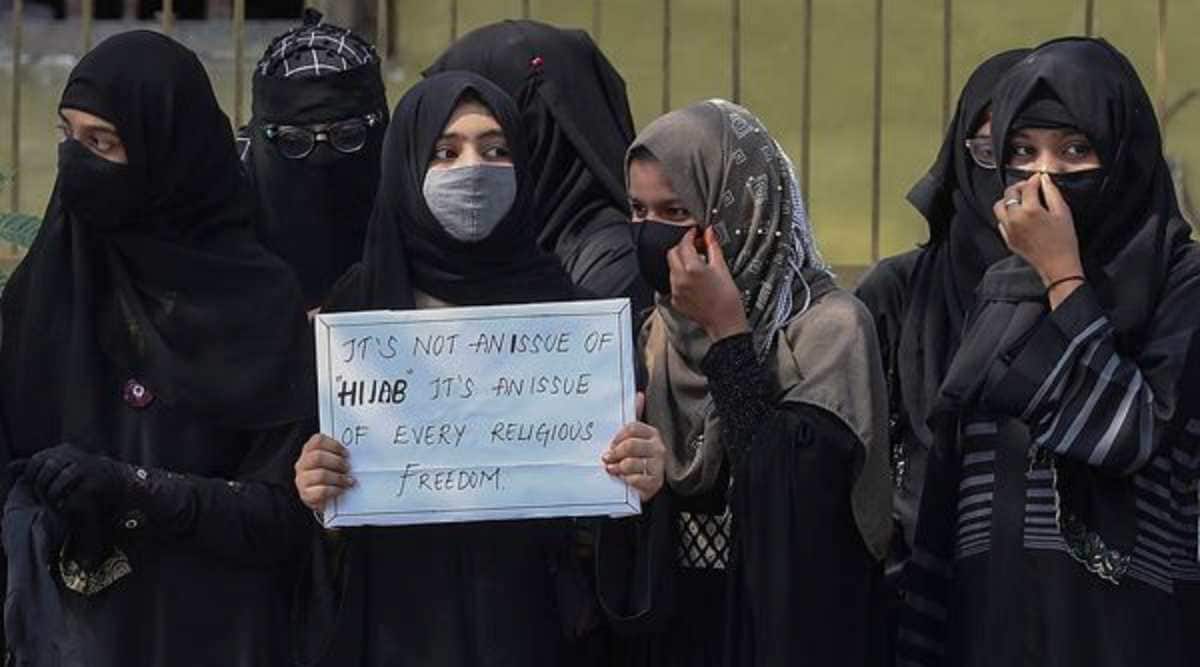 On the issue of Hijab, listen to the missing voices

The lingering dispute over wearing the hijab in Karnataka’s classrooms has rekindled age-old debates around the veil, patriarchy and the status of Muslim women. However, amid the cacophony of familiar arguments and counter-arguments, one vital voice seems to be missing: that of Muslim women, especially young women, who have chosen to pursue an education in addition to their faith.

The singular narrative of Muslim women as isolated and brainwashed victims of a perceived male oppression peddled globally by imperialist powers has also found favor with majority forces at home. Often this narrative is peddled by various factions of society to ‘liberate’ Muslim women from the clutches of the Muslim man, the quintessential ‘mullah’. It’s easy to believe this singular story given its prevalence in the visual and literary depictions of Muslims around the world. The sheer number of films, pulp fiction, and talk shows based on this theme sets the discourse with which Muslims should engage. This obsession with the plight of Muslim women continues to authorize and legitimize a moral crusade to “save” Muslim women.

The harrowing images of Muslim teachers and students being forced to remove their headscarves and burkas at school gates in Karnataka recall the well-choreographed ceremonies held by French colonial rulers to publicly unveil Muslim women in Algeria. The United States’ “war on terror” was justified by the goal of “saving” Afghan Muslim women by carpet bombing Afghanistan. Anti-triple talaq legislation criminalized Muslim men to “save” Indian Muslim women. In this process, Muslim spaces are invaded, their practices criminalized and the voice of Muslim women appropriated.

The spokespersons of the hijab line in the media such as Arif Mohammad Khan, Taslima Nasreen, Javed Anand and Javed Akhtar do not represent the modern Muslim woman wearing the hijab. The lines between the right, liberals and progressives are blurred by their mutual pity for Muslim women. These voices claim to think for us and define the choices we have to make, just like the colonizers do. Muslim women prioritizing their commitments to the values ​​of their faith are not seen as a valid choice they should make. Muslim hijabi women, in the streets to defend their choice of dress, remain stubbornly ignored by those who preach the virtues of freedom. There is an obsession with defining the rights of Muslim women solely by the values ​​of choice and freedom, which are supposed not to exist within the community.

Such a framing of the oppression of Muslim women limits the other concerns that torment them. Whether it is the online “auction” of Muslim women’s bodies or the fetishization of Muslim women in Kashmir after the removal of Section 370, there is a growing trend of targeting Muslim women. Perhaps the worst of this sexualization occurs during communal riots, when the bodies of Muslim women are hunted down as prized possessions. This discourse on the liberation of Indian Muslim women is silent on their liberation from these daily acts of violence and Islamophobia.

The dynamics that shape the lives of Muslim women in India are varied and must be understood before reducing them to a single narrative. Political and historical explanations behind women’s oppression are often ignored instead of religious and cultural explanations alone, with little or no nuance. Many of the sufferings of women in general, and Muslim women in particular, can be attributed to reasons such as poverty, poor health, low level of education, limited access to public facilities and political violence inflicted to them and their families. But fears of being denied access to education and employment are not acceptable, unless there are religious reasons attached to them. The uproar over the hijab dispute shows the selective sensationalism of their concerns.

Muslim women are not silent spectators of Indian political discourse. The resilience of the women of Shaheen Bagh, many of whom wear the hijab and burqa, should not be forgotten. These women shaped the resistance by preserving the changing nature of an increasingly majority India. In this process, they also paid a heavy price, with their brothers, husbands and fathers being arrested, abused and held in Indian prisons. Civil society guardians must recognize their contribution to the defense of Indian democracy when they are most vulnerable. Any genuine commitment to combating gender-based forms of discrimination and violence in any community cannot be superimposed on an authoritarian outlook and a fixation on freedom alone.

Muslim women’s voices are infantilized, rejected and forced to choose between false binaries such as education or hijab, Indianness or Muslimness. Such a representation constantly pushes us to justify our choices, for fear of being misunderstood. Our daily lives in classrooms, professional spaces are transformed into court presence – framing and reframing, constantly polishing and refining our justifications in fear of being judged on a literacy lag scale.

The language of debate should not deprive us of the dignity of existing as practicing Muslims. Undressing Muslim women in public spaces outside university gates is nothing less than auctioning them off online, because it both humiliates and intimidates us. Our voices may be missing from the media channels, but we are definitely on the streets, fighting for the right to exist on our terms.

The author is a PhD student at IIT-Bombay-Monash Academy. She also leads a collective of Muslim women called Muslim Women Study.

Western fashion and the connection with the hijab