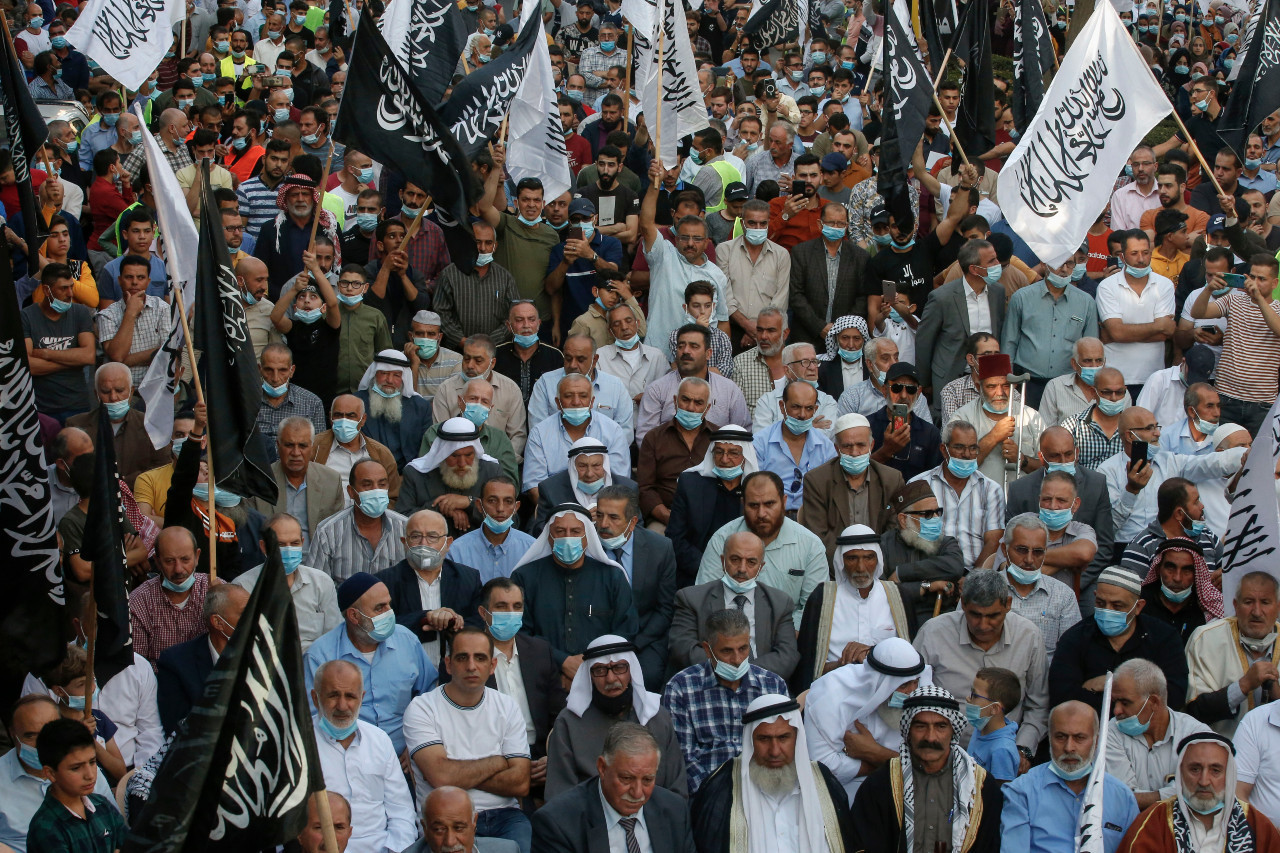 “There are times when we must show solidarity with our country which has suffered unjustified attacks in recent weeks,” officials from three major mosques and three Muslim associations said in a joint statement.

French law, they said, “gives a lot of room for freedom of expression” and gives citizens the right “to believe or not to believe”.

The leaders of the Grandes Mosques in Paris, Lyon and the French Mediterranean island of Reunion, as well as the leaders of three Muslim groups condemned terrorism “and all forms of violence in the name of our religion”.

They also expressed outrage at “calls for murder by foreign leaders”, apparently referring to a tweet from former Malaysian Prime Minister Mahathir Mohamad, who claimed Muslims have “a right to be angry and kill millions of French “.

The statement came as the backlash continued against President Emmanuel Macrondefending the right to show cartoons depicting the Prophet Muhammad, an act for which the French teacher Samuel Paty was assassinated.

Portrayals of Muhammad are considered offensive by many Muslims.

Tens of thousands of people took part in new anti-French protests in Bangladesh and Indonesia on Monday.

Turkey, Syria, Mali and the Gaza Strip have also seen protests and in parts of the Gulf, retailers and consumers have boycotted French products.

Macron sought to calm tensions on Saturday, telling an Arab TV station he understood the cartoons could be shocking – while exposing “lies” that the French state was behind them.