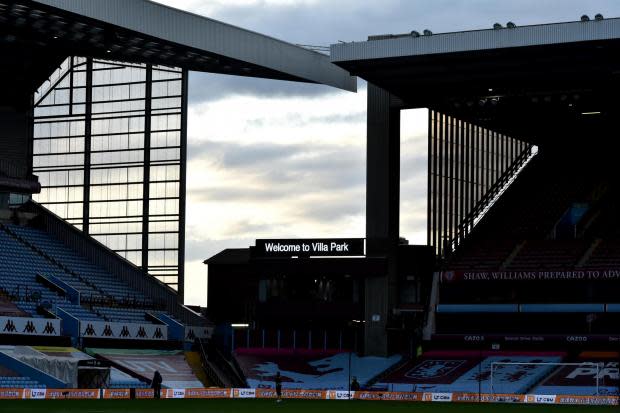 The NATIONAL League is leading the way as the National Police Chiefs Council ‘work closely together’ to ensure football can take place ahead of a potential return to the Premier League this week.

All football matches at all levels were postponed last weekend following the death of Her Majesty Queen Elizabeth II on Thursday afternoon.

Meanwhile, other sports like rugby and cricket continued on Saturday – although all of Friday was postponed.

The DCMS guidelines made it clear that there was no obligation for sports bodies to cancel events, leaving that to their discretion. The Premier League met on Friday morning and announced their decision, followed by the rest of the pyramid.

Now the National League has publicly revealed its intention to continue with the schedule as usual from tomorrow, while Premier League clubs await their decision.

The clubs, for all matches until the funeral, will observe a minute’s silence before the match and will wear black armbands as a sign of respect for Her Majesty.

The National Police Chiefs’ Council said in a statement that a national police operation had been activated and that British police were working closely with other organizations to ensure the events were carried out “safely and with appropriate security”.

The NPCC added: “Following the decisions of the Premier League and the English Football League to cancel matches this weekend, we will work with football clubs to try to ensure that, where possible, football matches can be played safely when balanced against the requirement to support national events and ensure day-to-day policing.

“This is a unique situation and we are working closely with everyone involved.”

UEFA cited “serious police resource limitations and organizational problems related to the ongoing events surrounding the national mourning” for the Queen as the reason for the decision to postpone.

Away supporters will not be permitted at either stage as UEFA ‘urges supporters not to travel and to respect this extraordinary situation’.

Saints are due to travel to Aston Villa’s Villa Park on Friday September 16 (8pm) but are awaiting a decision from the Premier League on scheduling.

A message from the editor

Thanks for reading this article – we appreciate your support in reading the Daily Echo.

Subscribing to the Echo means you have unlimited access to the latest Saints news, features and coverage – all with a lightweight advertising website.

You will also have full access to Saintsmoreyour new home for Southampton FC tactical analysis, features and more.

Don’t just take my word for it – subscribe today.