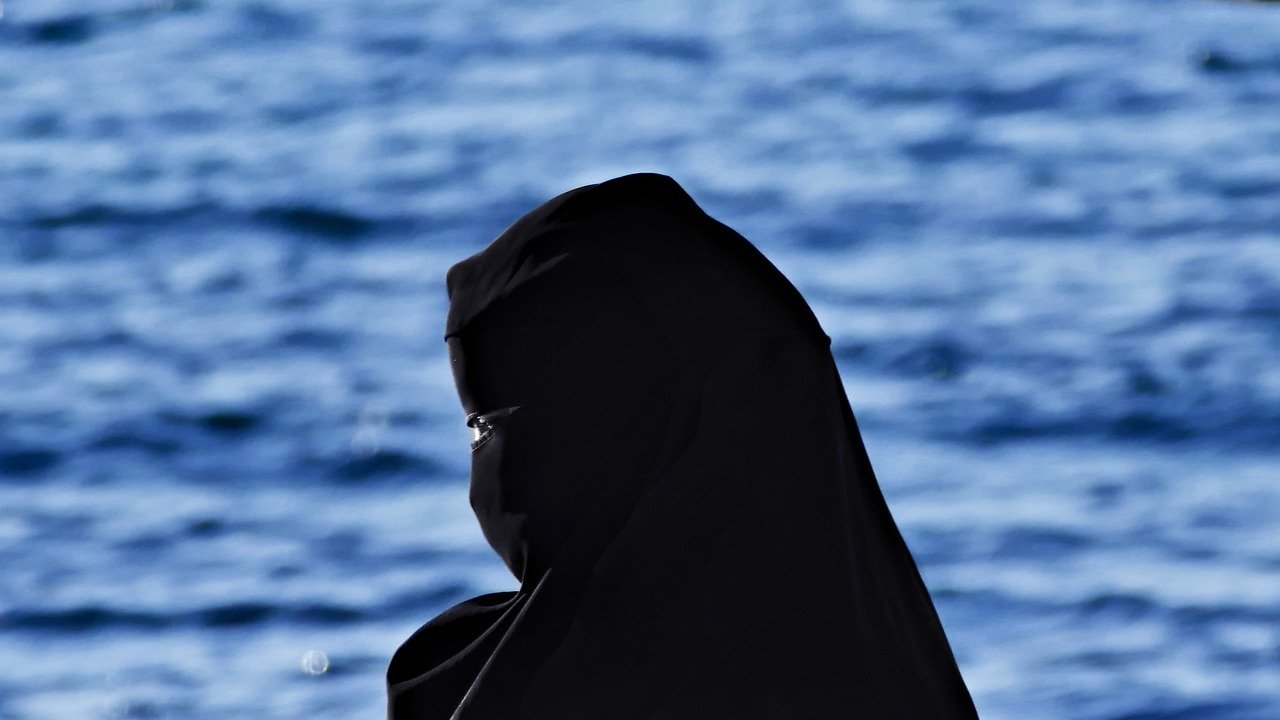 My Hijab – Learn to love the scarf

“I had bought a lot of new scarves and liked to match them with my clothes.” Sylvie said

In fact, I can’t say that there was only one first day with the hijab. I started to cover myself up little by little and just after many tries I started to wear the hijab everyday and forever, insha’allah.

When I converted to Islam in the summer of 2002, I was still living with my parents. At first I thought I could be a good Muslim even without wearing a headscarf. I thought I would never find the courage to date, face the people I had known from childhood, walk into a store, or move on with my life in this new outfit.

Besides, I wasn’t really convinced that God wants us to cover our bodies and our hair. I was still partially affected by the Christian idea that â€œfaith is in the heartâ€ and that outward appearance is not that important. Then, as I learned more and more about Islam, I gradually changed my mind.

I came to understand that in Islam there is no split between body and mind, deeds and mind. Before praying, we cleanse our body as well as our hearts. When we pray, we bow down with both our forehead and our spirit. When I knew this, the desire to wear the hijab grew stronger, but I still thought that I would never have the courage to take this step.

I admired Muslim women with very fashionable scarves but I didn’t understand how they did it!

I had to learn to wear a headscarf well, at least to pray at home and in the mosque. I admired Muslim women with very fashionable scarves but I didn’t understand how they did it! I started studying all the women wearing the hijab that I saw on the street, and some of them noticed my curiosity, maybe they thought I was looking at them with a bad eye, maybe that they thought I was racist! How could they imagine that I was trying to figure out how they wear these things!

At that time, I was buying books from the only Islamic library in Milan, and I noticed that the girl who worked there was very religious and very sympathetic. One day I went to the store and she was alone, so I found the courage to ask her, “I’m sorry, could you teach me to wear the headscarf?” “. My question surprised her, she didn’t know I was a Muslim, but didn’t say anything. She closed the shop, took off her veil, and slowly showed me how to wear it. Then she got me one and I tried it on myself, and found it very easy to wear!

It was my first hijab, a simple white hijab. I liked it so much. It is always with me and I still wear it sometimes, even though it is already old.

The next day, I took it in my bag to college. I had found an empty room to pray at my workplace. Then the phone rang, it was the girl from the library; I had given her my number the day before and she asked me to go to the mosque with her – it was a Friday.

I accepted, and then I realized that yes, I had a scarf, but the rest of my clothes were not very suitable for going to the mosque. I was wearing a long skirt but it opened when I walked and the sleeves of my shirt were not long enough. “What could I do?” I took very, very small steps, like a geisha, to keep my skirt from opening, and I reached a shop next to the university.

There I bought some pins and used them to close my skirt, I probably looked like a muslim punk! Then I put on a jacket (even though it was summer!) And went to the mosque. So it was the first time that I walked in Milan with the hijab. I felt the eyes of the people looking at me, my face looked very Italian and my outfit was not typically Islamic, especially when I had to speak and they understood that I was Italian, I was driving so many Warning ! I must admit I was ashamed, but at the same time I was proud of my scarf, I loved it, I felt good in it.

The experience at the mosque was wonderful and I started going there every Friday. With the arrival of fall and then winter, it became easier to have the right clothes and I started wearing the scarf whenever I had the chance – and every time. I was sure I wouldn’t meet any of my family.

I once visited a friend in Bologna and wore the hijab all the time. Maybe it’s because I got used to it and behaved naturally, people also stopped looking at me. It wasn’t until I spoke that they seemed surprised.

A few months later, I got married and moved to another country. No one knew me there and it was a great time to start wearing the hijab. The first few days I was still a little embarrassed, then it became the most natural thing in the world.

I bought a lot of new scarves and loved to match them with my clothes, I know the hijab is about modesty, but we can still look stylish in it. My only fear was that I wouldn’t be able to find a job because of it, and although I had faith, my faith was not strong enough to keep my heart at peace.

Sometimes I couldn’t sleep at night because of the thoughts I had about struggling to find a job that would allow me to wear the hijab.

I should have kept in mind these beautiful verses from the Quran:

[And whoever is careful of (his duty to) Allah, He will make for him an outlet, and give him sustenance from whence he thinks not; and whoever trusts in Allah, He is sufficient for him; surely Allah attains His purpose; Allah indeed has appointed a measure for everything.] (At-Talaq 65: 2-3)

And in fact, al Hamdulillah, I was able to find two jobs just a few weeks after I started wearing the hijab!

At the end of my story, I would like to tell the newly converted women that we are sometimes pressured by other Muslim sisters, who are well meaning, to wear a headscarf, and maybe a jilbab so, shortly after our conversion, my personal advice would be to take it slow, step by step. With the gradual growth of faith and love for Islam, wearing the hijab will become a natural thing, but it does not make sense if we are forced to wear it.

Remember that the verse that makes hijab a duty for Muslim women was revealed when the Prophet was living in Medina when the believers’ faith grew strong and they were ready to obey all of Allah’s commandments. It was the wisdom of Allah to wait until this time, and with the same wisdom we should practice our religion.

Why some Muslim women feel allowed to wear the hijab, a headscarf

Guidelines for caring for Muslim women who wear a hijab