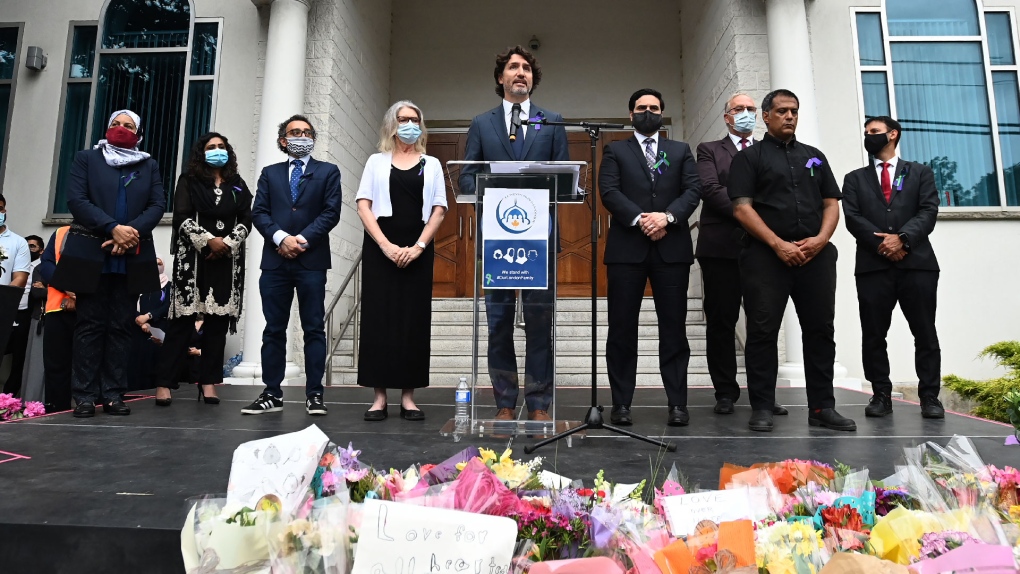 A day after thousands of people held a vigil outside London’s Muslim mosque, expressions of sympathy joined calls to action to end Islamophobia.

After imploring Londoners to become â€œambassadors of loveâ€ during the vigil, Nawaz Tahir describes how people can fight hate.

Tahir explains, â€œIf people see hate online and feel comfortable facing it, face it. If they can report it, report it.

Tahir adds that ending Islamophobia is not just the responsibility of Londoners, “London is not unique to Canada, we have a very small segment of the population who want to divide us.”

In the wake of Sunday’s tragedy, the National Council of Canadian Muslims launched a petition calling for a “National Summit of Action Against Islamophobia.”

It has already passed 25,000 signatures.

On Wednesday morning, London North Center MP Peter Fragiskatos proposed the idea of â€‹â€‹a summit to his fellow MPs and to the Prime Minister.

â€œI think that in the framework of this national summit, I hope that we will tackle the issue of hatred in a more general way,â€ explains Fragiskatos. “We have to stay focused on anti-black racism, anti-Semitism, I also hear from Sikh and Hindu voters.”

Fragiskatos says the goal of a summit would be to root some of what has been learned directly into federal politics.

â€œWe will follow up with them. We have heard positive comments about a national summit, but we will continue to push for it. “

7 Ways To Get Quick Money Besides Risky Payday Loans