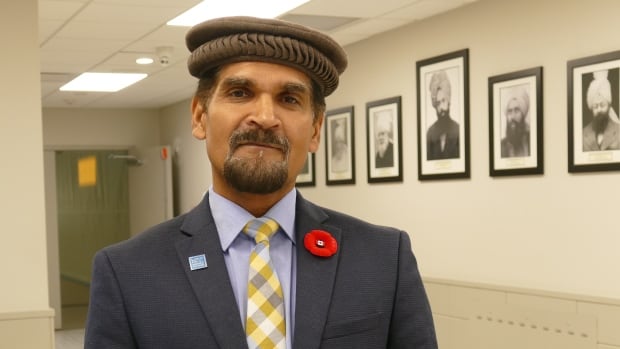 Muslim community in Saskatchewan. increased by nearly 15,500 since 2011, according to the latest census data

Bashar Moolla, born and raised in Regina, saw the local Muslim population grow throughout his life.

Growing up, the community was small enough that he and his family knew most of the Muslims in town. Today, the Muslim community is so large that Moolla, a sophomore at the University of Regina, said he no longer recognizes everyone.

“The growth of the Muslim population here in Regina and across Saskatchewan is honestly something that when my parents first came here…they never even imagined,” said Moolla, whose parents immigrated to Canada from South Africa more than 20 years ago.

“For us to be able to see the changes first hand and see how the community is growing is awesome.”

Statistics Canada recently released another set of data from the 2021 Census of Population, part of which related to religious diversity. The census question on religion is asked every 10 years, even though the census takes place every five years.

The number of Muslims living in Saskatchewan has soared to nearly 25,500 in 2021, an increase of more than 15,000 people from the roughly 10,000 Muslims who lived in the province a decade ago, the data shows.

Muslims made up about 2.3% of Saskatchewan’s population in 2021, the data shows. Alberta, British Columbia, Ontario and Quebec are the only provinces where Muslims made up a larger proportion of their respective populations.

The vast majority of Muslims in the province live in the census metropolitan areas of Saskatoon and Regina, which have populations of 13,100 and about 10,500 respectively, according to the data.

However, there are multiple pockets scattered throughout the province.

“This is wonderful. This is great news,” said Mubarik Syed, spokesperson for the Ahmadiyya Muslim Community in Saskatoon.

Syed, who immigrated to Canada from Pakistan in the early 1990s, lived in different parts of the country before coming to Saskatoon 12 years ago.

“It’s a very exciting time. A lot of people are moving, not only from other parts of the world, but also from Canada–large centers like [the Greater Toronto Area]Vancouver, Calgary.”

People interviewed by CBC News listed a variety of reasons why so many Muslims come to Saskatchewan, from immigration policies to lower living costs. But building more mosques plays a special role.

A mosque, Syed explained, is a bit like a lighthouse. It signals a safe and accessible space where Muslims can gather and pray, as well as hold community events and fundraisers.

Other things, such as accessibility to halal food, have also improved, Moolla said. It used to be a daunting task to buy halal food, but now it is readily available at major food retailers such as Walmart and Costco.

“People come here because they feel comfortable in this environment,” said Muhammad Aslam, president of the Regina chapter of the Islamic Association of Saskatchewan.

Syed and Moolla have each told CBC News they’ve faced instances of racism, but for the most part they feel safe to be openly who they are.

Aslam, a doctor who immigrated to Canada in 2010 before moving to Saskatchewan in 2014, encountered no barriers to practicing his faith and culture and living his life, he said.

Feeling comfortable is important, Aslam said, because if one is always living in some kind of shadow, one cannot fully contribute to society.

“Every year more and more people come, so I’m very happy about that,” he said. “I hope we will continue this journey of mutual benefit.”