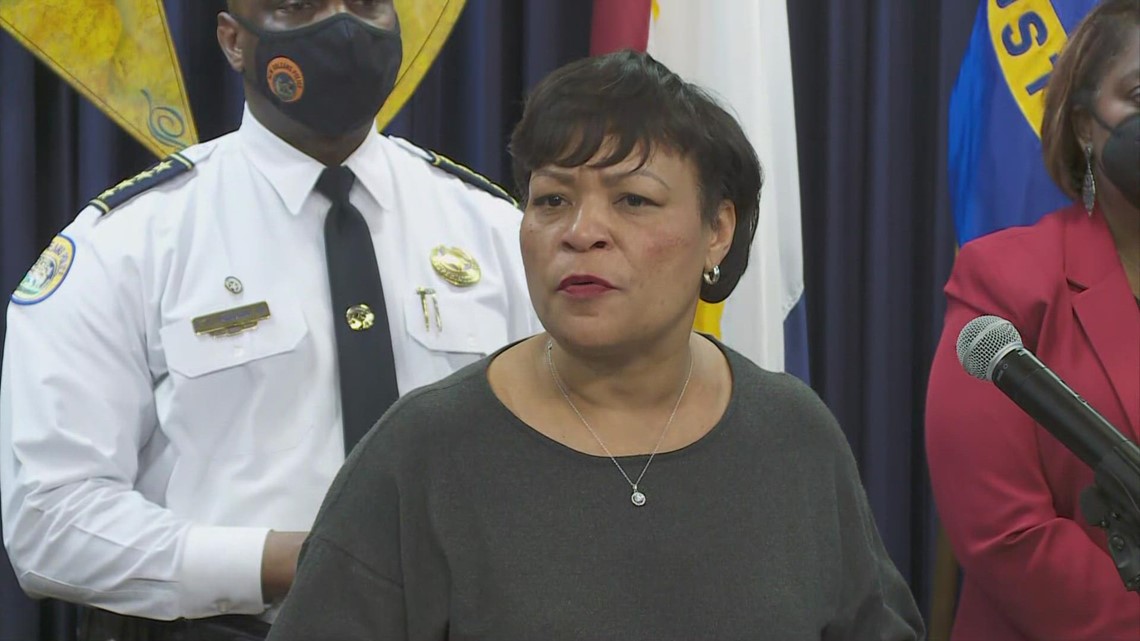 “We feel like we’re screaming from the rooftops,” Moreno told the Eyewitness Morning News on Tuesday morning, “And it’s like a wall. It’s like screaming into a void.

Morrell and Moreno said in the interview that the council has come up with solutions, but it’s the mayor’s office and the NOPD that aren’t implementing them.

The chairman and vice chairman of the council said the lack of action by the city administration and the NOPD was not helping anything to improve.

“First, the leaders of this city have to admit there is a problem,” Moreno said.

“Are you talking about the mayor’s office?” asked WWL’s Eric Paulen.

“Yeah, and we’re also talking about the leadership of the NOPD,” Moreno replied, “it’s a crisis.”

Moreno said New Orleans is currently number one per capita for murders of any city in the United States.

Morrell said the council’s solutions, such as a million-dollar initiative to increase police recruitment, had been adopted. Since then, nothing has happened.

“The administration will not sign the memorandum of understanding to begin increased recruiting,” Morrell said, “What we’ve seen time and time again is that the board will come up with solutions. We’ve adopted a plan to fight crime control at several points in February and put our there and said here is the crime control plan and the mayor and the police chief said we don’t necessarily have our own plan.

Council members said other solutions had fallen flat, such as using companies that could handle accidents without injury. In turn, Moreno said that would increase the agents available to handle other calls.

“The city council is ready to increase the money spent on these types of on-site services that respond to accidents,” Moreno said, “The problem is that we can’t get the city to contract to bid for upgraded services.

Morrell said his frustration grew over the weekend when NOPD officers were taken to the French Quarter and the CBD to cover Essence Fest.

“There’s an obsession in this town to be obsessed with appearances,” Morrell said, “it’s the same reason the administration continues to downplay crime because they want to make sure the nation doesn’t see the town having a crime problem, although the residents who are here obviously know that’s true.

Since then, Mayor LaToya Cantrell’s office told Eyewitness News that some of their statements were false and that safety was its top priority.

Mayor Cantrell said in a statement to WWL:

“Public safety remains my number one priority, and my administration remains focused on the goal of reducing crime in New Orleans. For anyone who says we don’t take crime and public safety seriously, that’s someone who pays no attention to the strategies of prevention, intervention and community transformation that this administration has put forth. As I have always said, public safety is not just about the police and to law enforcement, which is why my administration takes and continues to take a holistic approach to addressing this issue,” said Mayor LaToya Cantrell.

“Programs such as the creation of the first-ever Guaranteed Basic Income pilot project for New Orleans youth, workforce development programs for youth, and the Golden Eagle Project – one of our many partnerships with the Louisiana State Police – are just a few of the ways my administration is tackling the root causes of crime. Along with these core strategies, my administration is also encouraging people to assume personally responsible for their actions, to hold themselves accountable and not to use violence and harm others when engaged in conflict This is a community-wide issue that requires a community-wide response.

Council member Lesli Harris also responded to the remarks made by Morrell and Moreno in a statement:

“New Orleans leads the nation in murders. Thoroughly addressing public safety requires years of policy change and community investments, which this Council is taking on. But we also need immediate solutions. With less than 1,000 officers remaining in the NOPD, I have spent the past several months focusing on recruiting and retaining officers. This includes my orders to provide annual salary increases to officers and to reform the internal affairs of the NOPD, as well as the partnerships I am working to establish between the NOPD and local universities to provide continuing education at low or no cost. My fellow Council members and I will continue to work actively to increase the NOPD’s membership and address the serious crime situation. Ultimately, however, we – as members of Council and as residents of the city – depend on the buy-in and action of the Mayor and the Chief.