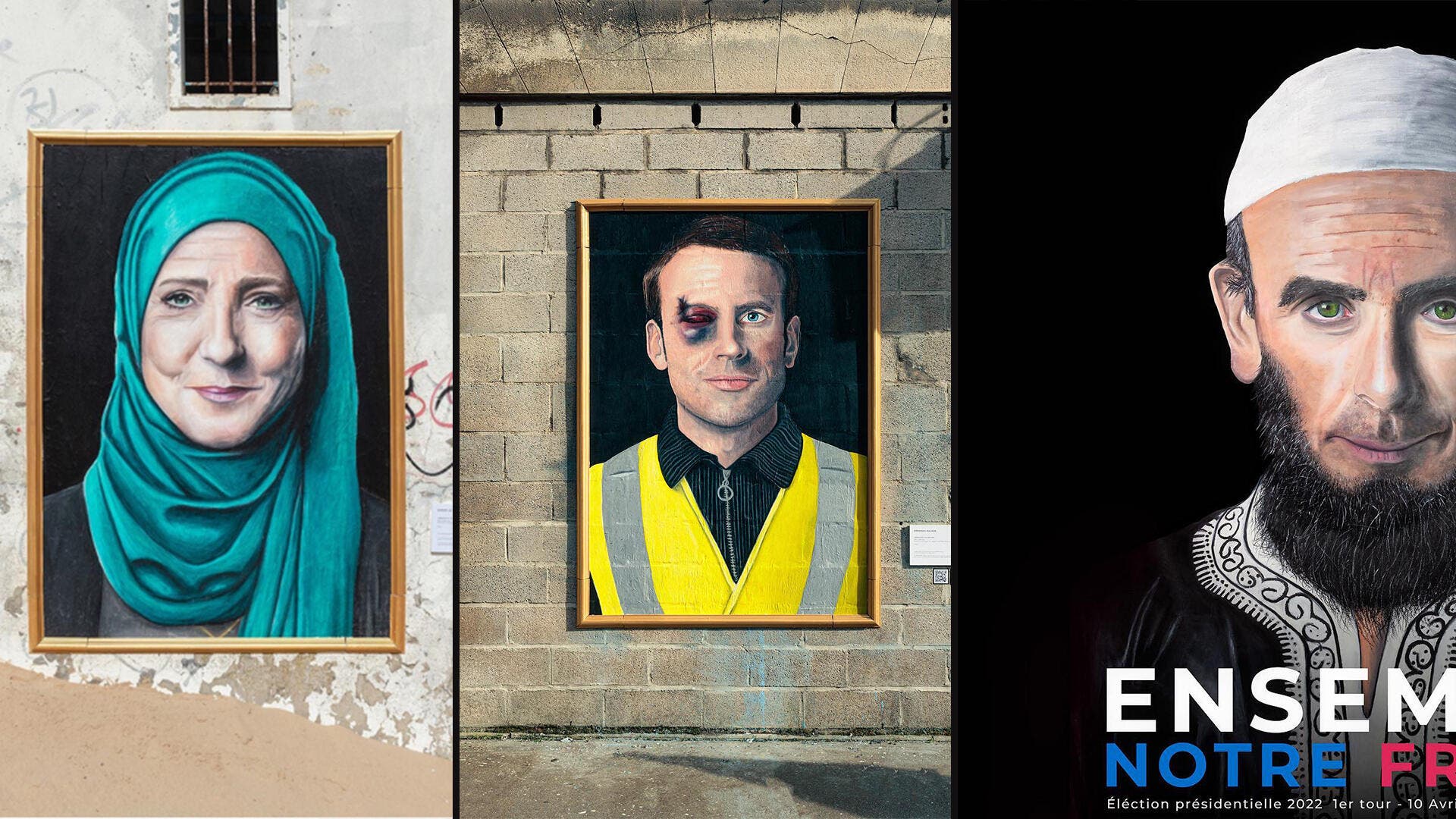 The French woke up to confusing posters of presidential candidates placed on different streets across the country. On the posters, people saw current President Emmanuel Macron who is also a candidate for the 2022 elections covered in bruises after being beaten by police. Macron is seen wearing the ‘Yellow Vest’ which represents the rage movement against economic justice and calls for political reform.

The second poster shows far-right candidate Marine Le Pen where she is seen wearing the Hijab (headscarf). Le Pen is known for her anti-Islamic remarks as she pledged to ban beautiful women who wear the hijab in public places.

France has come under fire in recent years for targeting Muslim and hijab women after banning headscarves in most parts of the country.

The French Senate voted in January to ban the wearing of the hijab and other “apparent religious symbols” in sports competitions following an amendment proposal by the Republicans, a right-wing party that argued that the scarf can endanger the safety of the athletes who wear it.

A portrait of French President Emmanuel Macron, wearing a yellow vest and a black eye: this is one of the street artist’s new creations @jaeraymie.

Each work is accompanied by a fictional narration. But also real polemical quotes from the protagonist. #distortions pic.twitter.com/dPUeu24bLI

The third poster shows a photo of Eric Zemmour in traditional Islamic cloth and a long beard and mustache as the candidate is predicted after converting to Islam.

In fact, all the photos are fake and have been adjusted by the talented French artist Jaeraymie. He made and hung the posters in the streets of France before sharing them on his social media platforms and created new election campaigns and slogans for each candidate after reinventing their new versions.