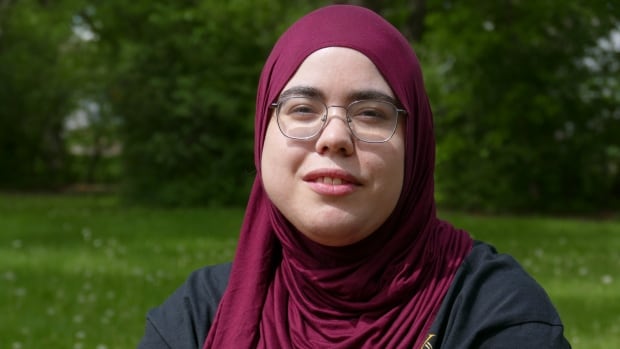 Autumn Crossman-Serb wonders what it will take to stop the kind of hatred that allegedly motivated an attack on a Muslim family that killed four people in London, Ont.

The 30-year-old woman – the daughter of a Libyan man and a mixed-race woman from Anola, Man. – says she has dealt with the ignorance of others about Muslims all her life.

â€œBetween that, between pop culture, between this idea that we’re getting in and just basically infiltrating society or the systemâ€¦ [it’s] just afraid of turning into ignorance turning into hate, â€she said.

She said political leaders must step up and combat online hate speech, which she says influences the actions of people like the 20-year-old charged with four counts of murder and one count of attempted murder. , after driving a truck through the London family members.

The family – a mother and father, two children and their grandmother – were out for a walk on Monday when they were run over.

Police call it a hate crime and are considering laying terrorism-related charges.

Manitoba’s Muslim community will hold a vigil in support of each other Thursday at 8 p.m. at the Winnipeg Grand Mosque on Waverley Street.

Tasneem Vali, vice president of the Manitoba Islamic Association, said the organization wanted to find a way to bring the community together to show support for the family.

â€œIt was a family thatâ€¦ is completely devastated,â€ she said. â€œAnd there is a little boy whoâ€¦ once he gets better, I hope he has a lot to deal with,â€ she said.

â€œWith the pandemic and the health restrictions, we cannot have religious services,â€ she said. “It brings a feeling of closureâ€¦ when you have other people and you know that you are crying together.”

The association has mental health professionals who volunteer and provide bereavement counseling. People can email or call to make appointments.

Vali said the association wants to reach out to young people in the local Muslim community to give them a chance to express themselves.

“We would probably reach young people in the Muslim community first, only girls who wear the hijab. They are very visibly Muslim,” she said.

“It was a terrorist attack and they were targeted, this family, because they are Muslims,” â€‹â€‹she said. The association therefore wishes to reach out to those “who fear to go outâ€¦ to be visibly Muslim”.

The Winnipeg sign at The Forks has been dimmed in support of the local Muslim community, as well as Muslims across Canada, Bowman said on Twitter.