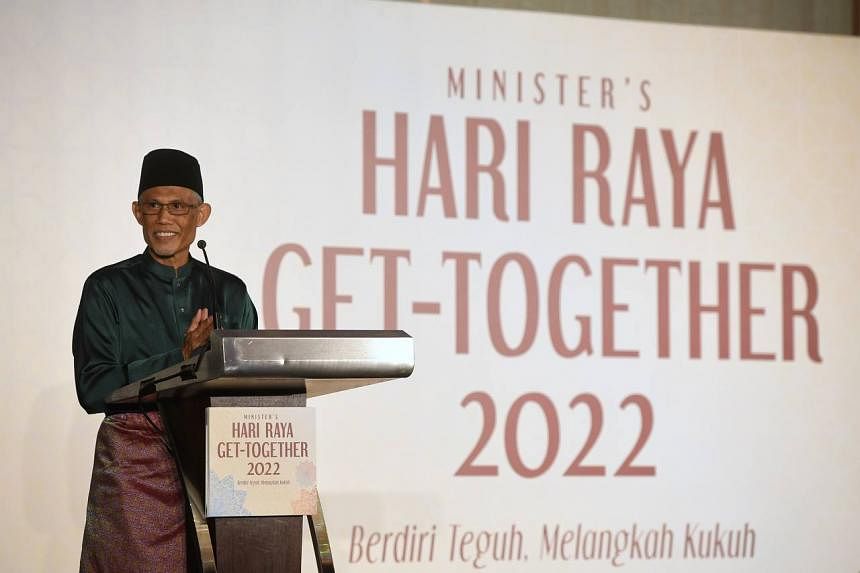 SINGAPORE – The Malay/Muslim community has weathered the Covid-19 crisis well and is in a good position to overcome further challenges, Minister for Muslim Affairs Masagos Zulkifli has said.

To help community members continue to make progress, on Friday (May 13) he announced improvements to several programs in areas such as education and health.

“We can learn many important and valuable lessons from the pandemic. In my view, we got to where we are today because we did it with knowledge, care and discipline. Indeed, those are the fundamentals that the month of Ramadan has built in us for many years that we have been fasting,” said Masagos, who is Minister of Social and Family Development and Second Minister of Health.

He was speaking at his annual Hari Raya meeting for around 400 community and religious leaders, held at the Pan Pacific Singapore on Raffles Boulevard. It was the first time the event was physically held after a two-year hiatus caused by the pandemic.

The community needs to pay more attention to the early education of its children, as well as lifelong learning, Masagos stressed. “Improving our knowledge is important as we face an unpredictable future due to the impact of Covid-19 and economic uncertainties following the war in Ukraine,” he said.

But knowledge alone is not enough and the community must be animated by a competent religious sector. The minister announced that the Islamic Religious Council of Singapore (Muis) will extend the Sheikh Isa Semait Scholarship, which supports high achieving madrasah students to pursue undergraduate studies at prestigious Islamic universities overseas.

This initiative, which is being carried out through health programs in Tampines and Choa Chu Kang, aims to inspire more students’ interest in science, technology, engineering and math.

On the issue of families in rental apartments, Mr. Masagos said that the recently launched [email protected] project will continue its work to enable families to be independent and achieve social mobility by owning their own accommodation.

The scheme, introduced last year to address the problem of more Malaysian households choosing to live in rental accommodation, is run by the government’s M3 scheme – a nexus involving self-help group Mendaki, Muis and the Council of Executive Committees of Malayan People’s Association Activities.

Census data released in June 2021 showed the number of Malaysian households in one- and two-bedroom rental flats from the Housing Commission had more than doubled over the past decade, from around 9,100 in 2010 to around 18,600 in 2020.