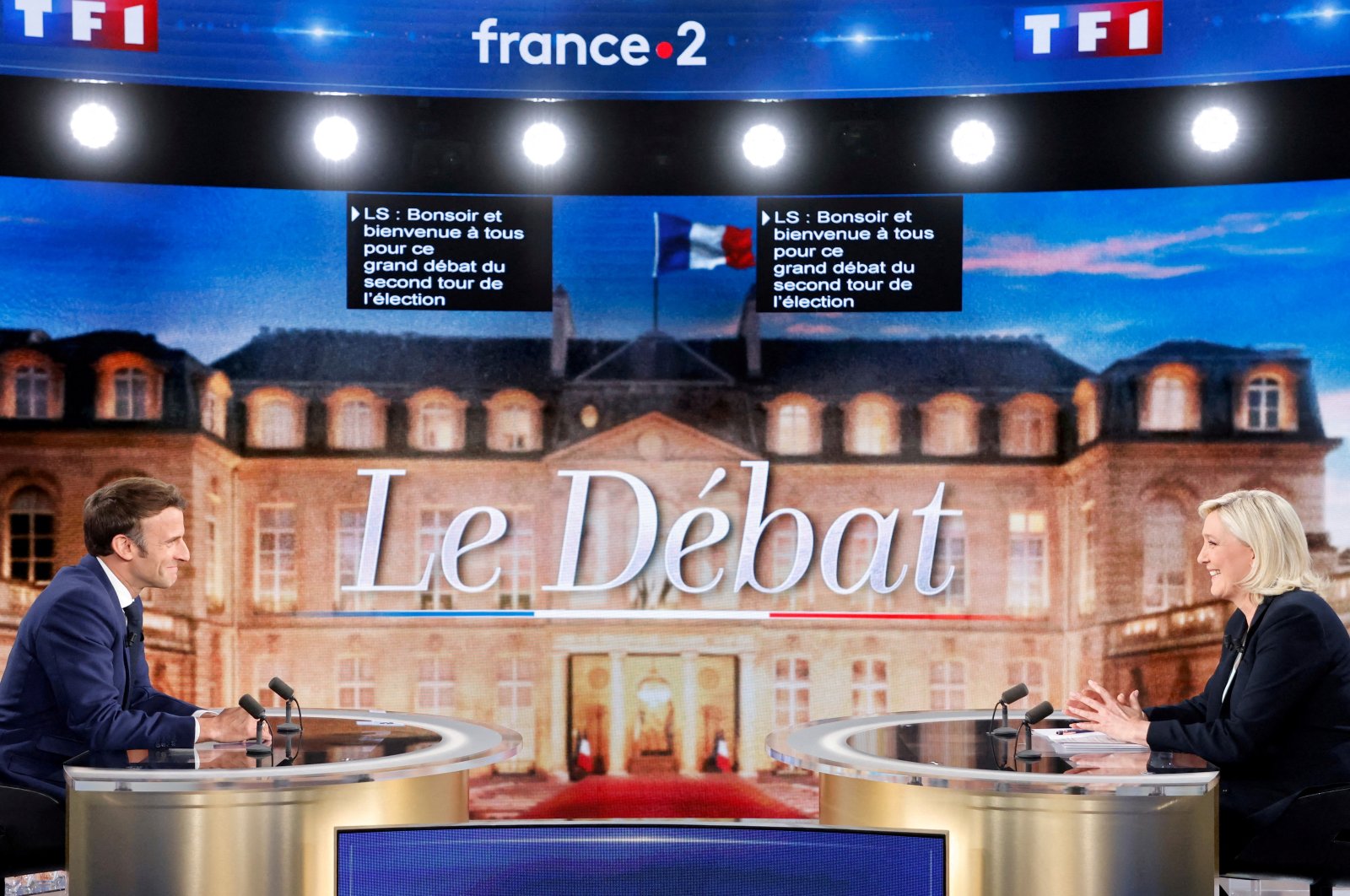 French President Emmanuel Macron warned his far-right rival Marine Le Pen on Wednesday that if she introduced a ban on the Islamic headscarf, or hijab, it would cause “a civil war” in France.

“With me, there will be no ban on headscarves, yarmulkes and religious signs,” Macron said in a widely televised debate that was a watershed moment for the finalists to win over millions of voters. to vote for them in the second and final round of elections on April 24.

The far-right rhetoric that dominated the campaign also prevailed during the debate.

Le Pen said she intended to free Muslim women from the uniform imposed by “the Islamists” by banning the veil in public spaces. Macron opposes the proposed ban, saying it is unconstitutional and will create a “civil war”. He said the 1905 Secularism Act was not intended to “combat any religion”.

Le Pen in turn attacked Macron for creating disunity and dividing French society during his five years in power. She insisted her plan is to ‘put French people first in their own country’, which she aimed to achieve by introducing a citizens’ initiative referendum and other reforms to improve people’s daily lives. . She spoke of the establishment of a public referendum on the subject of immigration to solve the problem of “lawlessness and mass immigration” and the creation of a European Google for data privacy.

For Macron, this election is crucial, not only because it is a battle of ideologies, but as a “referendum on what the French are deeply for or against”. He saw it as a vote on whether to stay or leave the European Union, France’s relations with Germany, environmental issues, fraternity and secularism.

Le Pen, candidate for the National Rally, opened the debate, ensuring that harmony between all French people was restored and attacked Macron on his economic failures during the five-year term, emphasizing purchasing power, unemployment, the rise in the fuel tax that has spurred Yellow Vest protests and run up 600 million euros ($651 million) in debt from the business recovery plan during the coronavirus pandemic.

“I’ve only seen French people tell me that they can’t take it anymore, that they can’t make ends meet anymore,” she said, calling Macron “the Mozart of finance who has a very bad economic record”.

In return, Macron counterattacked Le Pen’s weak positions – Russia and the European Union – and accused her of depending on Russia and President Vladimir Putin to fund her party with a multi-million loan. euros from a Czech-Russian bank in 2017.

He said he wanted to make sure the war in Ukraine did not spread and that this was only achievable through a “strong Europe” that could bring “Russia to its senses”, noting “we are not the vassals of anyone”.

Le Pen challenged Macron’s speech to strengthen Europe and claimed that France was unable to defend its interests by being part of the policies of the European Union. While Le Pen hinted that he would leave some EU treaties and give preference to French laws, Macron promised to work alongside the EU.

The two candidates also clashed over the retirement age. Macron wants to extend it from 62 to 65 to fund social security and health care measures for the elderly.

The event was organized by the TF1 and France 2 channels. The latest Ipsos poll predicted a lead for Macron with 56% against 44% for Le Pen.