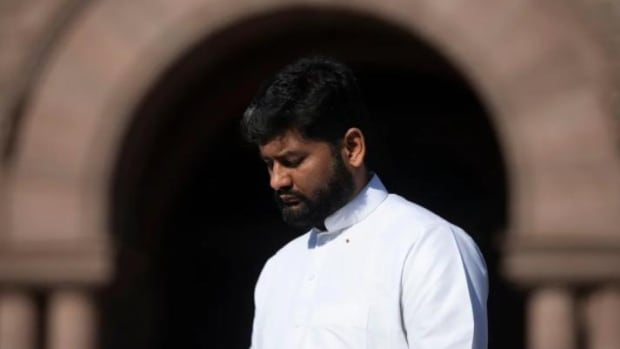 Members of the Muslim community in London, Ontario, say they are saddened and angered by news of a recent attack on a mosque in Mississauga.

Worshipers of the Dar Al-Tawheed Islamic Center were attacked on Saturday morning by a man who dumped pepper spray in what authorities consider a “hate-motivated incident”.

Peel Regional Police said the man was also brandishing a hatchet when he entered the mosque. Some members managed to attack and overpower him, but not before a number of the 20 participants suffered minor injuries from the pepper spray.

The incident happened nearly 10 months after the deadly drive-by attack on a Muslim family in London.

“It was a trigger for all sorts of negative emotions to hear someone walk into a mosque with an ax and equipment to hurt people,” said Imam Aarij Anwer of the London Muslim Mosque.

Anwer said he used to give the Friday sermon at the Dar Al-Tawheed Islamic Center years before he moved to London, and the Muslim Mosque in London stands alongside the Centre.

“I’m very grateful that it didn’t escalate into something worse,” he said.

On June 6, 2021, four members of the Afzaal family were killed while standing on the sidewalk at the intersection of Hyde Park Road and South Carriage Road.

Nathaniel Veltman, 21, has been charged with four counts of first-degree murder and one count of attempted murder, with associated terrorism charges.

“With every incident, there’s a cumulative effect, so after Quebec City, after the IMO mosque, and of course what happened in London – each case kind of shatters that notion or that security feeling.”

We are united with our Brothers & Sisters of the Islamic Center Dar Al Tawhid. We know that these events also serve to trigger victims of past hate & so we need to show them our support. Thanks to the acting mayor @JoshMorganLDN for reaching out to our community out of solidarity &; Support. https://t.co/SnO53R0YYA

For the Mississauga incident, 24-year-old Mohammad Moiz Omar was charged with assault with a weapon, administering a noxious substance with intent to endanger life or cause bodily harm, possession of carrying a weapon for a dangerous purpose, uttering a threat of death or bodily harm, carrying a concealed weapon and damaging religious property.

There is a real problem in this country’

Anwer said tackling the problem of Islamophobia in Canada requires a multi-layered approach focused on community, awareness, education and policies such as the Our London Family Act.

Mariam Hamou, London’s first-ever Muslim councilwoman, said her ‘heart sank’ when she heard about the attack on the Dar Al-Tawheed Islamic Centre, and it was a testament to the level of discrimination that Muslims face every day.

“It happened in Mississauga, GTA, which is generally a more progressive bunch of people. And the fact that it’s happening there means there’s a real problem in this country,” Hamou said. .

“I don’t want that to be the dominant idea in their head of what Canada is.”

Education on Recommended Regulation for Payday Loans in Windsor