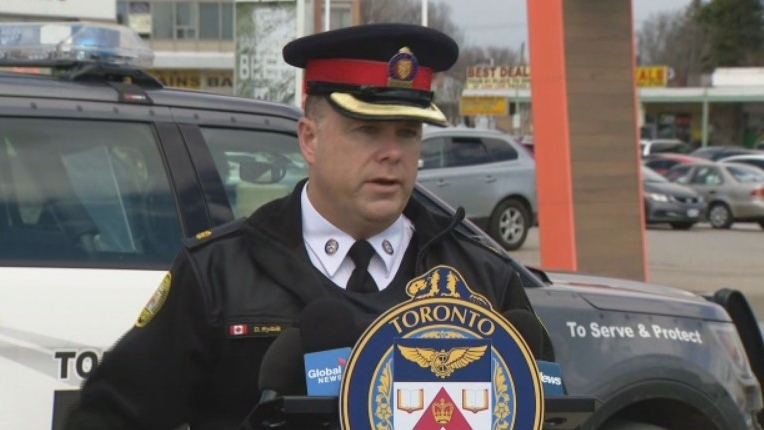 The Toronto Hate Crimes Unit is investigating a drive-by shooting at a mosque on Saturday that left five people injured.

“The brazenness of this is more concerning,” said the acting superintendent of Toronto police. said David Rydzik. “I mean, these are individuals who come from, they are celebrating the holy month of Ramadan, they have just been praying, they are gathering here because they have been fasting all day.”

Members of the London Muslim Mosque share their condolences after Saturday’s shooting.

“Very tragic and very triggering because the first thought is that this is another hate crime against Muslims,” Aarij Anwer, director of religious affairs at the Muslim Mosque in London told CTV. News.

The shooting in Toronto comes about 10 months after the suspected terrorist attack on a Muslim family in London. Four members of the Afzaal family were run over by a truck while out for a walk last June.

Although Toronto police say there is no evidence at this stage of the investigation that the men were targeted because of their faith, Anwer says that’s still five lives too many affected by a senseless attack.

“Ultimately, it was still an attack on innocent people who were identifiable as Muslims, returning from prayer. It’s just a very disturbing trend,” Anwer said.

Police say the five men have serious but not life-threatening injuries.

Officers are still looking for the suspect or suspects involved.