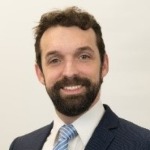 October 19e, 2021, the Premier of Quebec, FranÃ§ois Legault, gave an opening speech to begin a new parliamentary session following the prorogation of the National Assembly at the end of last week.

The purpose of this exercise is to establish a new legislative program and a new vision for the government of the CAQ for the elections of October 3, 2022.

With last week’s prorogation, all unfinished parliamentary business (bills and committee business) technically died on the Order Paper. However, the government tabled a motion to keep all bills from the previous session and resume work where they left off. Thus, the bills on the French language (Bill 96), the omnibus bill on the environment (Bill 102) and that on the reduction of administrative formalities (Bill 103) were reintroduced at the new session.

In his opening speech, Prime Minister Legault set out his vision and priorities for the home stretch of his term, stating that â€œthings must change and cannot go back to what they were before the pandemic, we must look to the future â€. Mr. Legault’s vision for the future of Quebec is based on four pillars: reshaping the health network, improve services for young people, increase local production of goods, and promote and protect Quebec values â€‹â€‹and the French language. He also said his government would focus on the regions.

Mr. Legault made a point of highlighting the following priorities (other details should be revealed in the weeks or months to come):

The government is now expected to present an economic update in November (often described as a â€œmini-budgetâ€), followed by its fourth and final budget in March. The National Assembly is expected to rise before the end of June, before the official launch of the electoral campaign at the end of the summer.

Mr. Legault is currently in a good position to win the next election, while the latest polls indicate unprecedented support for the CAQ (47% of voting intentions), the Liberals, QuÃ©bec solidaire and the PQ being far behind (20% , 11% and 11% respectively).

Why a specific Muslim community bothers the BJP government of India