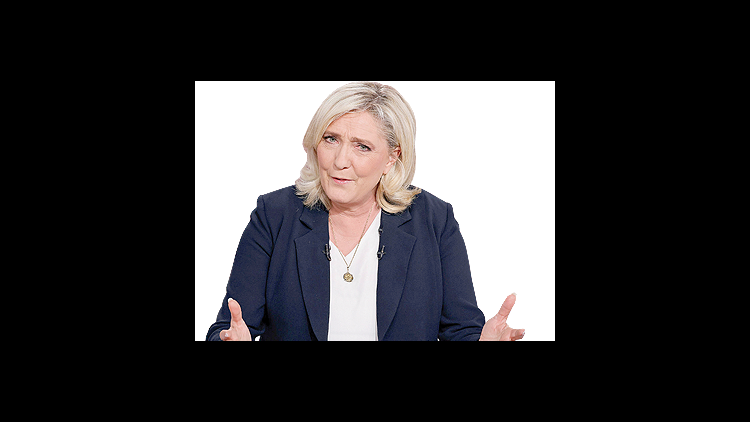 A planned hijab ban if French presidential candidate Marine Le Pen is elected would come “little by little” and be determined by lawmakers, her allies said of a decision that critics and allies have said is difficult to come by. enforce.

The remarks, on one of the main controversial issues in French politics in recent years, marked a change in tone as the far-right core of Le Pen’s program comes under greater scrutiny less a week before the final presidential vote, Reuters reported. Monday.

Louis Aliot, the far-right mayor of Perpignan and former life partner of Le Pen, said in an interview with France Inter radio that the hijab ban was one of many political tools to fight “the Islamism”, but that its implementation should come “gradually”.

The ban should first target public services, he said, before being broadened “little by little”. “There will be a debate in parliament and then the choice will be made,” he said.

Another Le Pen ally, David Rachline, the mayor of the Mediterranean town of Fréjus, also appeared to soften his stance on Monday. “We don’t want to attack people…all these women wearing the hijab are not Islamists,” he said.

Le Pen previously said the hijab could not be seen as a sign of a person’s religious belief, but was an “Islamist uniform” that should be banned from French public space.

She has in recent years softened her image, shifting the focus from identity issues to purchasing power, the number one priority for French voters, but she hasn’t dropped far-right politics from her platform. .

Issues with France’s Muslim population, one of Europe’s largest, have become a hot topic in a country that has seen a series of deadly extremist attacks in recent years.

Lawyers in France have said banning the hijab would be targeted discrimination against Muslim women and violate the French constitution.

Le Pen’s rival, President Emmanuel Macron, last week met a woman on the campaign trail who told him she wore the headscarf on her own and considered herself a “feminist”, to which Macron replied: “It is the best answer to all nonsense. .”