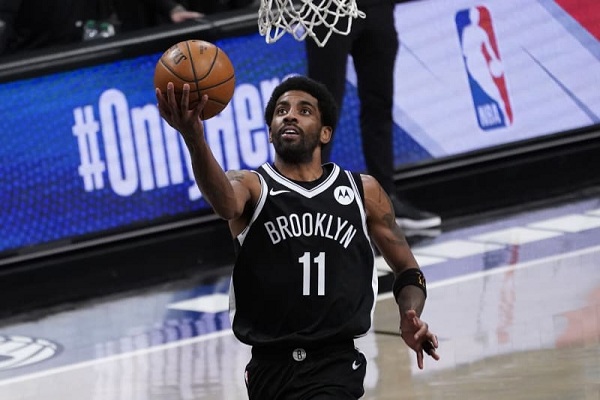 Kyrie Irving is fasting to be part of the Muslim community

TEHRAN (IQNA) — Brooklyn Nets star player Kyrie Irving has said he is fasting during the holy month of Ramadan to be part of the Muslim community.

“…I participate in Ramadan with many of my Muslim brothers and sisters. It’s been an adjustment. That’s really what I can say, just being engaged in my service, to God, Allah, and then continuing with what I’m guided,” Irving said in a postgame conference.

The 29-year-old American playmaker added that he was “blessed and grateful to be part of this”, referring to the Ramadan fast.

The NBA’s Brooklyn Nets topped the Eastern Conference with a 109-104 win over the Boston Celtics, going 40-20.

Irving scored 15 points against the Celtics. He also had 11 assists and nine rebounds.

He is NBA champion with the Cleveland Cavaliers in 2016.

Irving was a Boston Celtics goaltender in 2017-19. After that, the Nets signed him as a free agent.

He also won the 2014 FIBA ​​Basketball World Cup with his native United States in Spain.

Hijab in the white house