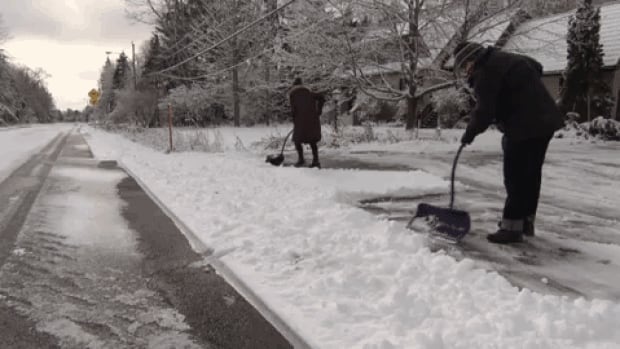 Beginning in January, all Regina property owners will be required to clear their sidewalks within 48 hours of a snowfall.

The city council adopted (nine against two) a by-law of nearly five years in preparation Wednesday afternoon. Ward 5 Council. John Findura and Ward 10 Coun. Landon Mohl was the only one to vote against the measure.

In the debate leading up to the vote, Ward 2 Coun. Bob Hawkins touted it as a “rule of kindness.”

â€œHaving said that we, as a city – acting in a civic and civic manner – will be kind to the users of our sidewalks. And that, I think, is reason enough to adopt it,â€ Hawkins told fellow councilors. .

The first year of the bylaw will be dedicated to public awareness with a citywide campaign and no fines are imposed.

Having a daughter with a physical disability, Shaw told council she recognizes the importance of clearing sidewalks. However, she noted, most people need time to understand its value, as her own neighbor did years ago.

â€œHe said, ‘What does that do?’ And I said, ‘Do you see my daughter coming out of the house?’ â€¦ His face sagged and he felt so bad. Then he said, ‘I never even thought of your daughter or people like your daughter,’ “Shaw said.” I never asked him to mop his sidewalk again; his sidewalk was clean. “

Shaw added that it’s up to advisers to have conversations about the new regulation and share details about it on social media to raise awareness.

Settlement details, such as the width of the path people must clear, are still being decided, Mayor Sandra Masters noted.

“We want to make sure the walkways are passable for people in wheelchairs or with walkers or parents walking with children, but I think some of those details will be worked out as we go through this first year.” , she said. “It’s part of the education process.”

Additional funds will be set aside to get community organizations to help people, such as the elderly and people with disabilities, who face obstacles in shoveling their sidewalks.

With no fines initially scheduled, the council chose not to dip into next year’s general budget to pay additional enforcement officers and posts in the bylaws and legal services branches. This represents a saving of approximately $ 510,000.

The city administration said the need for these positions will be determined based on residents’ compliance and will be reassessed in 2023.

A final reading of the by-law will be presented to council when it is resumed on October 27.

Council unanimously agreed to borrow $ 783,000 from the province for the federal Rapid Housing Initiative (RHI) program.

This funding will be in addition to the $ 7.8 million from the federal government and the $ 1 million the city took from its social development reserve earlier this year.

The RHI program provides for the construction of at least 29 new affordable housing units in Regina.

“This is a very timely question”, Ward 8 Coun. Shanon Zachidniak told the council at Wednesday’s meeting. “There is a tent community set up at Pepsi Parkâ€¦ so it is important that we continue this work at this time.”

Masters said the pandemic and supply issues were disrupting the exact timing of housing construction, although she estimated it would be around a year away.

“The reality is this: the need for housing now exists,” she told reporters after Wednesday’s meeting. “I think everyone has a strong sense of urgency about this.”

Once the units are operational, city council has also agreed to partner with Silver Sage Housing Corporation, a provincial non-profit organization, to help manage them.

The council decided, in a 10-1 vote, to refuse a new Harbor Landing West subdivision and to proceed with the development of a new common-use school site, in accordance with the recommendation of the municipal administration.

Harbor Landing School and St. Kateri Tekakwitha School, which share the same building, opened in 2017. Both are now at full capacity and some students, including those in French immersion in the public system, are bused to other schools in the area.

Dream Development had proposed an amendment to the official community plan bylaw to build another school for joint use in the new subdivision to alleviate this tension.

However, all councilors except one – Ward 4 Coun. Lori Bresciani – decided to reject this idea.

“What the residents want is not a new development, they want a new school – and they need it. I support them 100%,” Hawkins, whose district covers Harbor Landing, told council.

Masters said the next step is to continue talks between the city, the Education Department and the landowner on Gordon Road and Campbell Street, the current location for the school to be built.