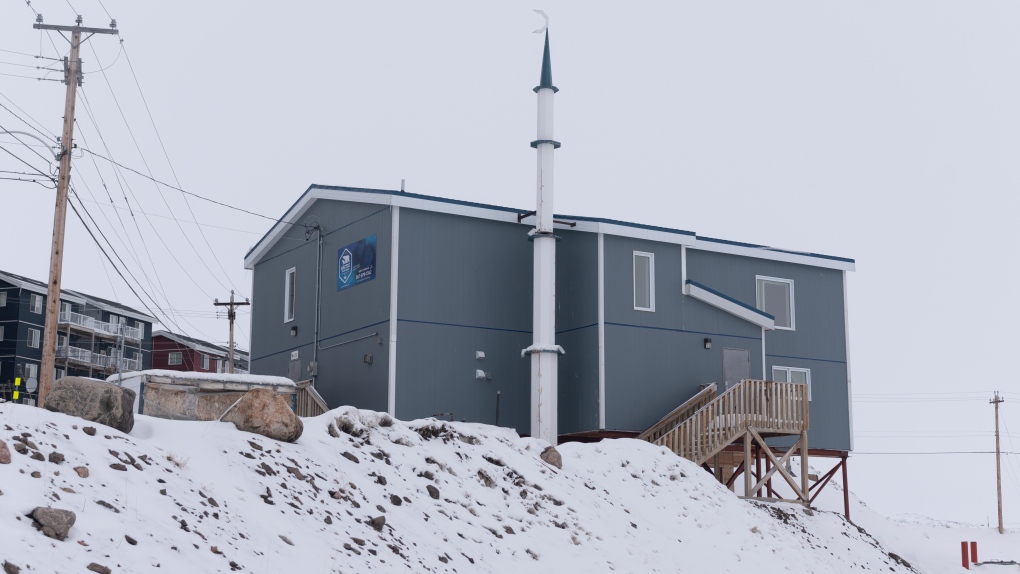 A high-pitched sound like a muffled trumpet echoes above the Iqaluit mosque as a snowmobile zips across a frozen lake outside.

Abdoul Karim Diakité takes off his winter boots and climbs the wooden stairs to the sun-drenched men’s prayer hall. It sat empty for much of the COVID-19 pandemic.

It’s the week before Ramadan and the Muslim community in Iqaluit is preparing to gather for the first time in a year when public health restrictions prevented it from gathering.

“The mosque is not just a place of prayer. It’s a place of socializing, of talking with other Muslims,” ​​Diakite said.

“When it doesn’t exist, it costs people dearly.”

The men’s prayer hall, opposite the women’s prayer hall, is carpeted in a bright red pattern. The space has rectangular windows on three of its four white walls. The mosque opened in 2016, and Diakite said Iqaluit’s Muslim community has grown steadily ever since.

“Before, there were only men. Now we also see women and families coming. The community is being established.”

Diakite, who gives Friday sermons at the mosque, has lived in Iqaluit since 2011. Before the mosque was built, he said, a handful of Muslims would gather in someone’s house to pray.

Now there are more people than there is space in the prayer hall.

“People are praying outside the hall.”

Diakite said he was hesitant to move north, unsure if he would be able to practice his religion in Iqaluit, but people just accepted.

“We are not the first Muslims to settle in an isolated area of ​​the Arctic. We are not inventing the wheel,” he said.

“We want to be role models for other communities on how it can work in the Arctic.”

Iqaluit’s long daylight hours during the summer are a big difference in observing Ramadan in the North. Muslims are required to abstain from food and drink from dawn to dusk for 30 days.

The holy month falls in April this year, so most people will follow the Iqaluit daylight hours for fasting as the days aren’t too long yet, Diakite said. But a few years ago, when Ramadan fell in June, the sun would set around 10 p.m. and rise soon after, so some people followed Ottawa’s daylight hours.

Diakite said he has always followed Iqaluit’s sunrise and sunset during Ramadan since moving to the capital.

“Once you start thinking it’s going to be too long, that’s it. You put up that mental barrier.”

Iqaluit, which sits below the Arctic Circle, sees the sun set in the summer, albeit briefly. Muslims in high Arctic communities where the sun never sets follow Ottawa’s daylight hours, Diakite said. “The point is not that you are in pain.”

Diakite, who grew up in Niger in West Africa, said while the days can be long in the north, he believes the cooler weather is better for fasting.

“With great weather all summer, I think a lot of people would prefer to fast in Iqaluit.”

The Islamic calendar increases every year, so Ramadan will soon fall during Iqaluit’s winter months, when there are only a few hours of daylight.

“We’re going to fast for a few hours,” Diakite said. “That’s the other blessing we have in Iqaluit. It’s extreme to extreme.”

The prayer hall of the mosque is warm as the sunlight shines through its windows. Diakité puts his shoes back on and locks the door as he watches the snowmobiles cross the lake.

“There’s a lot of excitement this year about being together, praying together. It’s really about unity, about making the community stronger.”


This report from The Canadian Press was first published on April 2, 2022.

The French study on artificial sweeteners and cancer is “Le Bullsweet”