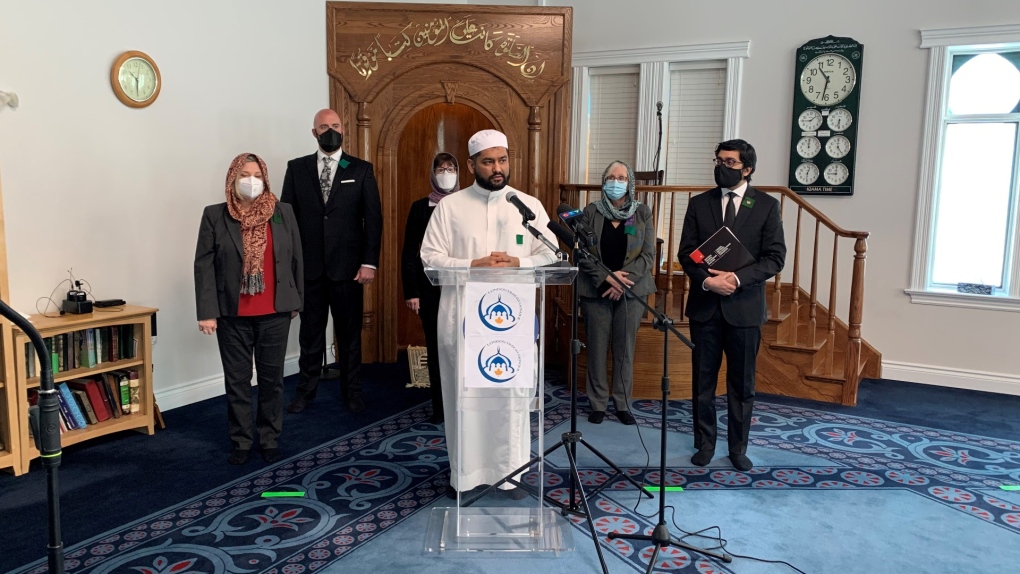 ‘It would be an important step forward’: London’s Muslim community hopes to see ‘Our London Family Act’ bill passed

Along with local New Democrat MPs as well as Imam Aarij Anwer of the London Muslim Mosque (LMM) and Rizwan Mohammed of the National Council of Canadian Muslims (NCCM), Horwath outlined his provincial bill that would help fight against Islamophobia.

“It would be a significant step forward, it would represent real progress,” said Anwer, director of religious affairs at LMM.

The rally took place on the fifth anniversary of the Quebec mosque attack that killed six men and injured 19 others.

Alexandre Bissonnette has since pleaded guilty to six counts of first degree murder and was sentenced to life in prison.

“Over the past four years, the Muslim community in Canada has seen 11 lives taken from us,” says Anwer. “Six in Quebec, one in Etobicoke and four in London.”

Horwath wants action taken immediately, saying: ‘No woman should be afraid to walk down the street in her hijab for fear of being attacked or having it ripped from her head.’

“No one should come to prayer services and have to look over their shoulder and worry about who might come through the door while they are worshiping,” Horwath added. should not happen in Canada.”

Four members of the Afzaal family were killed in London, Ontario. in June 2021, in what police call an anti-Muslim hate attack.

Over the past seven months, the LMM has taken steps to ensure the safety of its members.

“We are always looking over our shoulders,” says Anwer. “We are constantly strengthening our security measures and we have spent over $100,000 since the Afzaal family tragedy to upgrade our security system and devices. We hire police officers for every Friday prayer in congregation. These are measures that we took even more seriously and amplified it, so as an institution we are still concerned about that.

Anwer calls his people “resilient” and says fear hasn’t stopped him from going to the mosque.

The NCCM thanks London Mayor Ed Holder and the City Council for their commitment to action on tackling Islamophobia.

“They supported the London Muslim Mosque’s calls for an emergency national action summit on Islamophobia, which was held in July 2021,” said Rizwan Mohammad, Advocacy Manager for the NCCM.

“The City of London has established an Islamophobia Task Force which has worked diligently over the month since that summit to get to a point where today not only are they endorsing city recommendations to tackle the Islamophobia that emerged from this summit, but they go further Six months after this national summit, the City of London is now the first city in Canada to present a clear and concrete action plan to implement our municipal recommendations. to combat Islamophobia,” Mohammad added.

Ontario Liberal Party Leader Steven Del Duca and Green Party Leader Mike Schreiner have both pledged support for the Our London Family Act Bill to be introduced by the Ontario NDP.

The NCCM and Horwath hope all parties can come together to pass the bill in the spring ahead of the June election.

“I urge the Prime Minister [Doug] Ford to pass this legislation quickly,” says Horwath. “They are in a majority government, so it will be up to them to determine whether or not this legislation goes ahead.”

Horwath is encouraged and says “more and more people are saying no to this kind of hate and violence”.

“We can have an Ontario that is peaceful and where people feel safe and loved and don’t have to be afraid every time they step out of their homes,” she said.


– With files from Kristylee Varley of CTV London